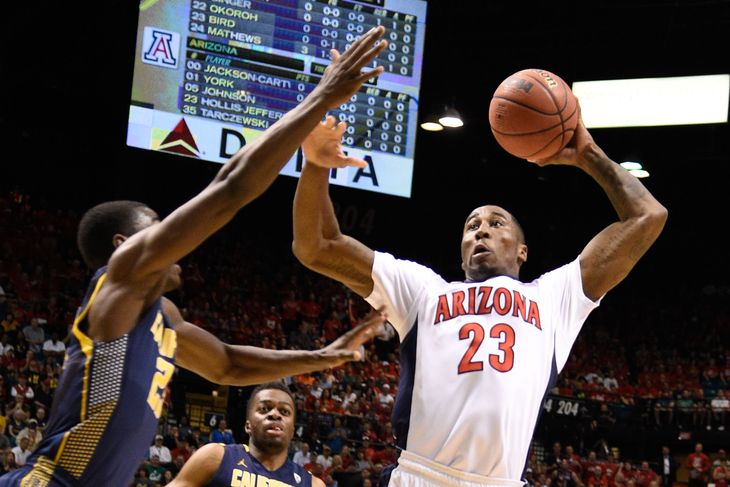 Arizona is not favored to win this years edition of March Madness. No one in their right mind should be picking against the Kentucky Wildcats. However, I believe that Sean Miller’s team does have enough on the roster to make at all the way to Indianapolis to make it to the Final Four.

The bracket broke nicely for the Cats on Sunday afternoon. While Arizona didn’t make it as a top seed even with winning the Pac-12, they still are in a very good spot to make a run through the tourney. Opening up at Portland against Texas Southern and then the winner of  VCU and Ohio State. While you can always come up with scenarios in March Madness, I don’t see any chance that Arizona doesn’t make it to Los Angeles for the Sweet 16 and most of the building would be wearing red, white, and blue. At Indy they would could face Duke or Gonzaga in the Final Four, before meeting Kentucky in the National Title game.

The Cats have size, length, and a strong point guard. They shoot free throws well. Can Stanley Johnson stay poised in his first time playing on a stage like March Madness?

We will see you in Indianapolis…