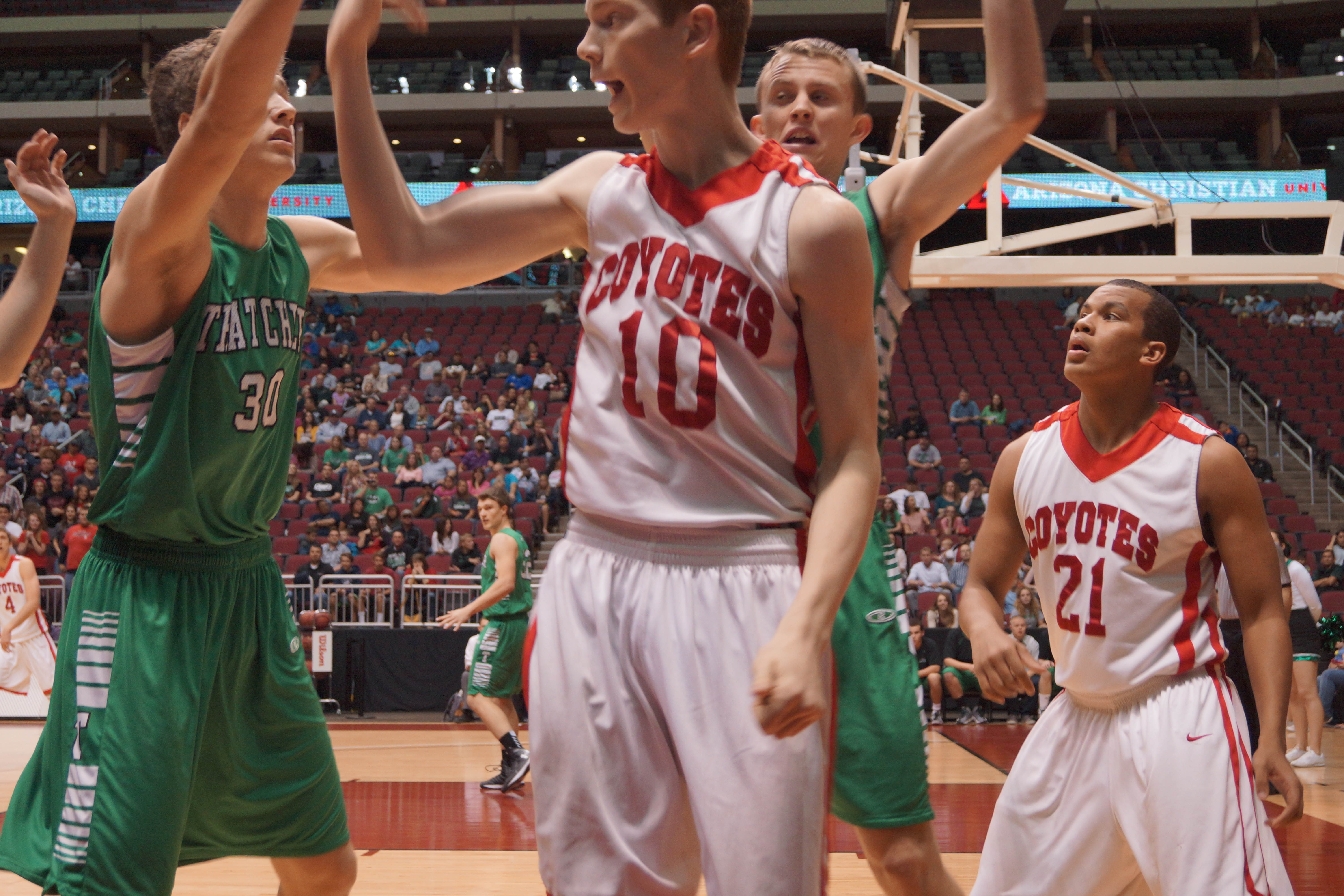 If the Fauske Five and the rest of the Combs’ basketball team can make their state championship dreams come true, the Coyotes and their fans will reminisce for perhaps decades about sophomore Clayten McCarthy’s performance in Friday night’s state semi-final game. The 6-foot-5-inch forward almost single-handedly carried No. 4-seed Combs during the final minutes of a 46 – 44 victory over No. 16-seed Thatcher at Gila River Arena. The Coyotes, winners of 27-straight games, will face No. 7-seed Snowflake in Saturday’s Division III State Championship game.

“It’s a great feeling,” Combs’ head coach Kirk Fauske said about reaching the finals of the state tournament. “It was a goal and it was talked about among ourselves – not anybody else – that we knew we could get here.”

Combs was clinging to a 34 – 30 lead when Aby, who had 19 points and 13 rebounds, fouled out. That’s when Aby’s understudy went to work, carrying much of load as the Coyotes increased their lead to 10 with 1:46 left in the game. McCarthy made seven of his team’s 13 free throws down the stretch to help the Coyotes secure a spot in the title game.

The Yotes’ only non-senior starter, who calls Aby a leader he looks up to, was surrounded after the game by a gathering of media anxious to hear from the game’s star.

“Once I saw he fouled out I had to be the next one to step up,” McCarthy said. “I know (the Fauske Five) have been working on (winning a state championship) for a very, very long time and I’m just so proud (to help them out).”

Before the season, Fauske was asked about the luxury of having a senior-laden team and how he believed it would respond in crunch time.

“Nails,” he responded at the time, almost certainly presuming it would be Aby, Drew Johnson or any other Fauske Five member to carry load when adversity struck.

Did he ever expect a sophomore to step up and be “nails?” “No,” he said, but added that he remained confident even after Aby’s departure. The Yotes will be the first Combs’ team to play in a championship game in school history. What do they have to do to realize the ultimate goal they set back in November?

“Rebound and play defense,” Fauske said. “We just have to match the physicality.”

“If the referees are going to let us play that way, we have to match it.”

Saturday’s game at Gila River Arena is scheduled to tip at 4 p.m.