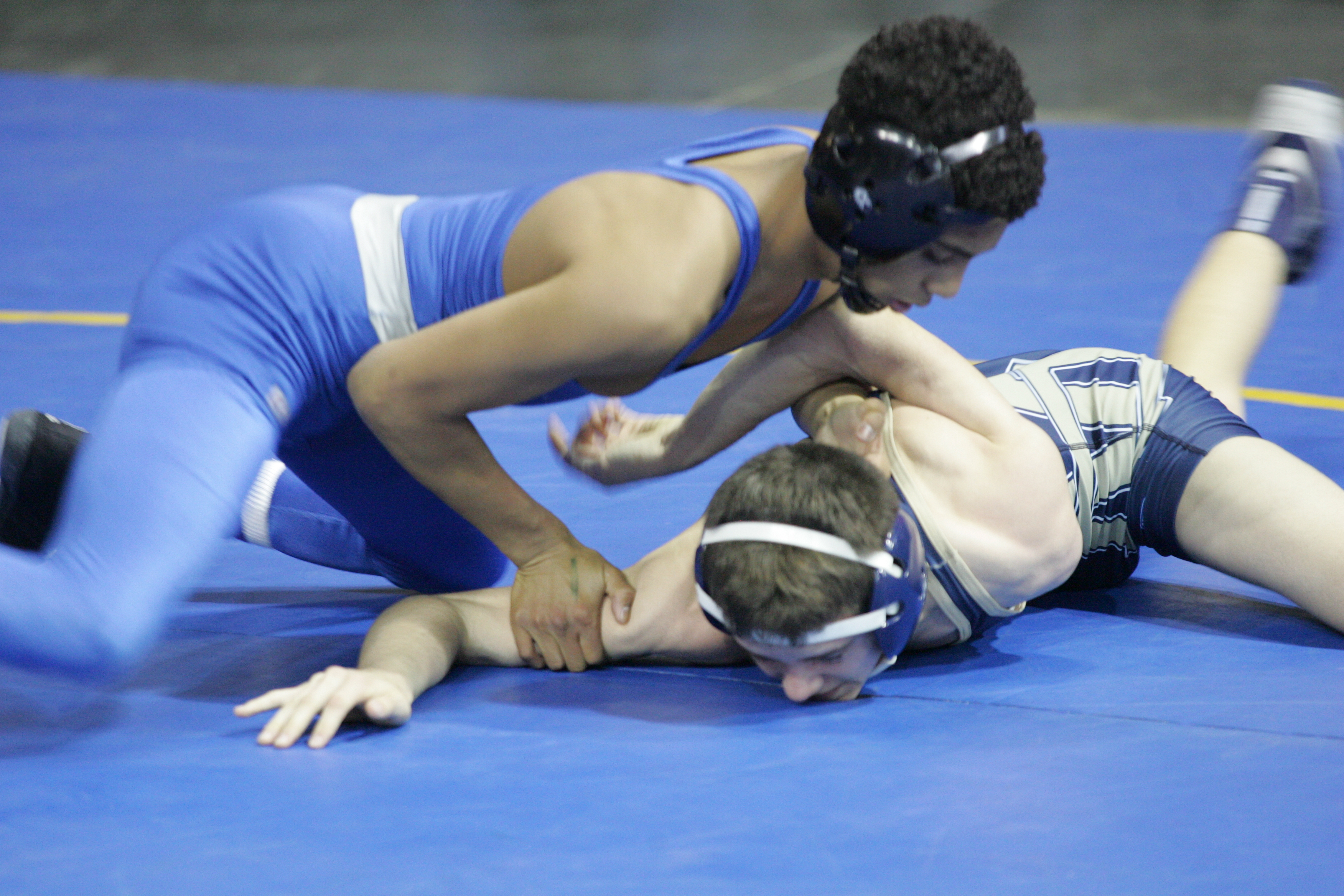 The finality of the wrestling season always lingers a little bit.

The wrestlers are physically and mentally exhausted leaving a needed recovery window while the champs are reliving moments and those who came up short of their goals are already thinking about the work needed to take the next step on the podium.

There are also some lingering questions about who is truly the best at each weight class. Four champions are crowned at each weight leaving a chance for debate.

Instead of letting it linger any longer here is the best of the best:

106: Roman Bravo-Young, Fr., Sunnyside – Unmatched, and probably won’t be touched in state the next three years either. Interested to see how big he gets over time, but for this one year – 43-0 – no one was more dominant.

113: Danny Vega, Jr., Ironwood Ridge – Unlike Bravo-Young, Vega had a contemporary in state with Desert Edge’s DII champion Brandon Courtney, both of whom are nationally ranked. Vega gets the nod for tougher national schedule while finishing 34-0.

120: Angel Laguna, Jr., Sunnyside – Came on late and wrestles with a physical style that cause the lesser competitor back down. Knocked off Chandler’s Michael Reyes in the state semifinals and Desert Vista’s Alex Carrillo in the sectional finals (after trailing 5-0) and 11-1 in the finals.

126: Josh Kramer, Sr., Desert Edge – The Arizona State recruit won his third title (finished fourth as a freshman for Verrado) with a career record of 177-17. His only loss of the season came against an out-of-state opponents in the Peoria finals.

132: Juaquin Olivas, Sr., Sunnyside – Hardly dominant, but the four-time finalist still came out on the top for the third time by getting a takedown in overtime against Boulder Creek’s Cory Crooks. A typical Blue Devil – tough as nails, technical and comes through with big wins.

138: Quentin Hovis, Soph., Seton Catholic – Another doozy of a decision. Hovis won his second state title at 35-3 in Division III. Taylor Rich of Sandra Day O’Connor went 50-3 and won the DI title, the toughest weight class in the state. Hovis finished seventh, at 126 pounds, at the Walsh Ironman in Ohio, one of the toughest tournaments in the country. As a former wrestler in Ohio, receiving a medal at the Ironman trumps all.

145: Andres Gandara, Sr., Cibola – A surprise, elated state champ at the DI level – Dobson’s Josh Jaramillo – left the door open for Gandara, who was the most consistent and followed up his second-place finish last year with a state title to help the Raiders to the team title.

152: Ryan Allred, Sr., Camp Verde – This might be viewed as a career award after becoming the state’s 29th four-time state champion, and others will wonder about the strength of his opponents. He didn’t go the distance in a single match this season (based on trackwrestling.com results) as either won by pin, technical fall or injury default every time he took the mat to finish 44-0.

160: Austin Moyer, Sr., Westwood – Managed to win the rubber match in stunning fashion against Mesa Mountain View’s Weston Taylor. He was trailed 6-2 at the time, and showed all year he could win the close matches against tough opponents.

170: Keiffer Taylor, Sr., Mesa Mountain View – Took on the state’s toughest schedule and one 43 of his 45 matches, losing only out of state and cruised to the DI title with three pins including one in the finals.

182: Vincente Guerrero, Sr., Cibola – Nary a loss in winning his second state title with a 32-0 record. Mesa’s Jonathan Allen is right there with him as the DI champ, but he finished third at Moon Valley. Guerrero has been of the state’s best upper weights two years running.

195: Jeremiah Imonode, Sr., Desert Vista – It wasn’t the strongest weight class in the state by any means, but the guy on top is one of the best pound-for-pound wrestlers in the state. Slick, under control and has a deadly cradle. A lot was expected of him since his freshman year and finally had his breakout season.

220: Travis Howard, Sr., Marana – The three-sport star is about athletic as a 220-pounder as any that can be found across the country. Headed to Santa Clara on a baseball scholarship. Knocked off defending DI state champ Lewis Arendall of Centennial at Flowing Wells and twice beat DII two-time state champ Danny Reyes of Barry Goldwater. He won the DI title and finished a perfect 48-0.

HVY: Roy Lopez, Jr., Mesquite – It’s all about the hair. Ok, maybe not, but he did come away with the Division I title with a OT tiebreaker win over Esequiel Valles of Red Mountain after losing to him the week before in the sectional final.

Coach of the year: Eric Brenton, Liberty – The program has been taking steps foward and if Liberty’s heavyweight – Aaron Blackwell – didn’t break his tibia in the sectional finals the Lions just might have knocked off Cibola for the Division II title.

Wrestler of the Year: Moyer. That pin of Taylor showed just how clutch he is. Others were more dominant and were rarely tested. This Warrior was tested all the time and came through all but once, and he avenged it with a pin the DI state title match.

152- How about a four-man tournament with Allred as the No. 1 seed and Swift as the No. 2. Mesa DI state champ James Williams and Mesa Mountain View former state champ Seth Monty, the DI runner-up, as first-round opponents.

The marquee event would be a round-robin knockout tournament between Bravo-Young, Vega and Courtney. The first two have been training partners since they were little guys so there is history. The wildcard is Courtney. Different styles. Different outcomes. Different opinions.

Three Things to Look For at AZ HS Wrestling Sectionals