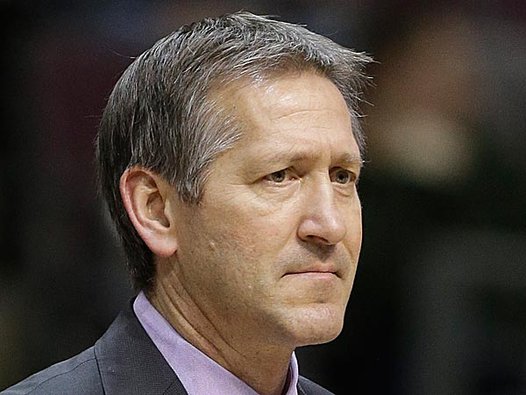 Not long ago McDonald’s used the slogan, “You deserve a break today.”

The Phoenix Suns can relate.

Losers of five of their last six entering the All-Star break, Jeff Hornacek’s team sits just one game ahead of New Orleans and hard-charging Oklahoma City for the eighth and final playoff spot in a loaded Western Conference.

Some on a national level believe the Suns could be setting as the spring temperatures continue to rise here in the Valley.

“The truth is they’re not one of the eight best teams in the Western Conference, that’s just a fact,” ESPN NBA Front Office Insider Amin Elhassan told Sports360AZ.com in a phone interview Wednesday morning. “I think Phoenix has topped out as far as how good this collection of talent will be.”

The general consensus is Phoenix is a young, entertaining team to watch but lacks a much-needed “elite star.” Guards Goran Dragic, Eric Bledsoe, and Isaiah Thomas make a nice trio, especially offensively but without a marquee name at the top the Suns’ ceiling is believed to be only so high.

Elhassan says the best and most likely only way to acquire said coveted star is via trade because of their deep collection of young talent up and down the roster which could be appealing to teams looking to deal around the league.

So what is the biggest “need area” for the Suns in their search for landing one of NBA’s elite?

“You can’t be picky,” Elhassan said. “You’ll take it any position it becomes available at. If you had a choice…big is better than small, right? I’d rather have a big [man] than a wing [player]. I’d rather have that than a guard. That’s always how you want to approach it…you have to go out and get someone who’s a transcendent star, regardless of position.”

Reports say the Suns and forward Amar’e Stoudemire could be reunited if the six-time All-Star accepts a buyout from the New York Knicks in the coming weeks. The Dallas Mavericks and Golden State Warriors have also been mentioned as possible suitors for the 32-year-old.