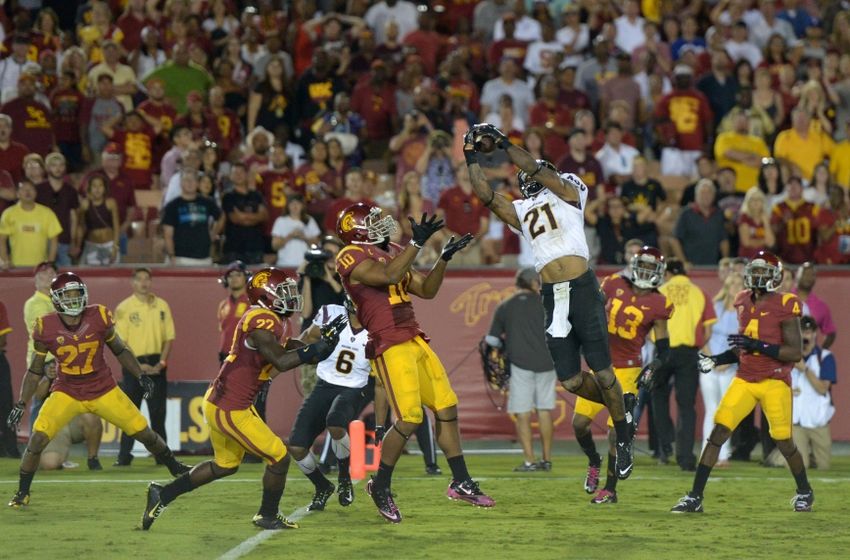 All NFL eyes this week will focus on Indianapolis for the annual Combine which begins Wednesday and runs through the weekend. Sports360AZ.com will be live from Indy later this week.

Here’s a primer for some things to watch as a handful of ex-in-state high school and ASU players look to impress general managers, scouts and coaches from around the league.

The highest in-state player selected will most likely be former Corona del Sol and Stanford star Andrus Peat. He’s a prototypical NFL left tackle with long arms and excellent lower body strength. Scouts will want to see him play with more of a mean streak, especially in the run game. They’ll be monitoring him closely in one-on-one drills to gauge the aggression.

Chandler High alum Brett Hundley is projected to be the third quarterback taken behind Jameis Winston and Marcus Mariota but don’t try telling him that.

“I know my talents and I’m very confident in them,” Hundley recently told Sports360AZ.com’s Brad Cesmat. “I’ll put my skills up [against] anybody…it sits in the back of my mind. I’ll just keep working.”

The most critiqued part of his game will be adapting to taking snaps under center after working exclusively in the shotgun at UCLA and his precision in anticipating routes.

ASU’s Jaelen Strong gave up his final season of eligibility and why not after reeling in 82 passes for 1165 yards and 10 touchdowns last fall. Most insiders view the Philadelphia native as a late first-round pick. He has the size to out-muscle cornerbacks and safeties but scouts will want to see improved route running and the ability to be productive in shorter routes.

“More than anything [that] would help him is a good 40 time,” NFL Network draft guru Mike Mayock said of Strong on a conference call Monday. “From a technique perspective he’s really raw. But he’s strong…with very strong hands. Big body.”

Two more Sun Devil lineman, guard Jamil Douglas and defensive end Marcus Hardison will both likely be drafted in the mid-to-late rounds. ESPN’s Todd McShay said Hardison “really impressed” at the Senior Bowl and measured bigger (6’3, 311) than he was projected. The knock on Douglas is toughness at the point of attack and NFL personnel will want to see Hardison finish plays and refine his technique in workouts.

Speedy safety Damarious Randall will flash his athleticism and may get a look at cornerback in some drills because he’s a bit undersized. The former Mesa Community College star is expected to be a sixth or seventh-round pick.