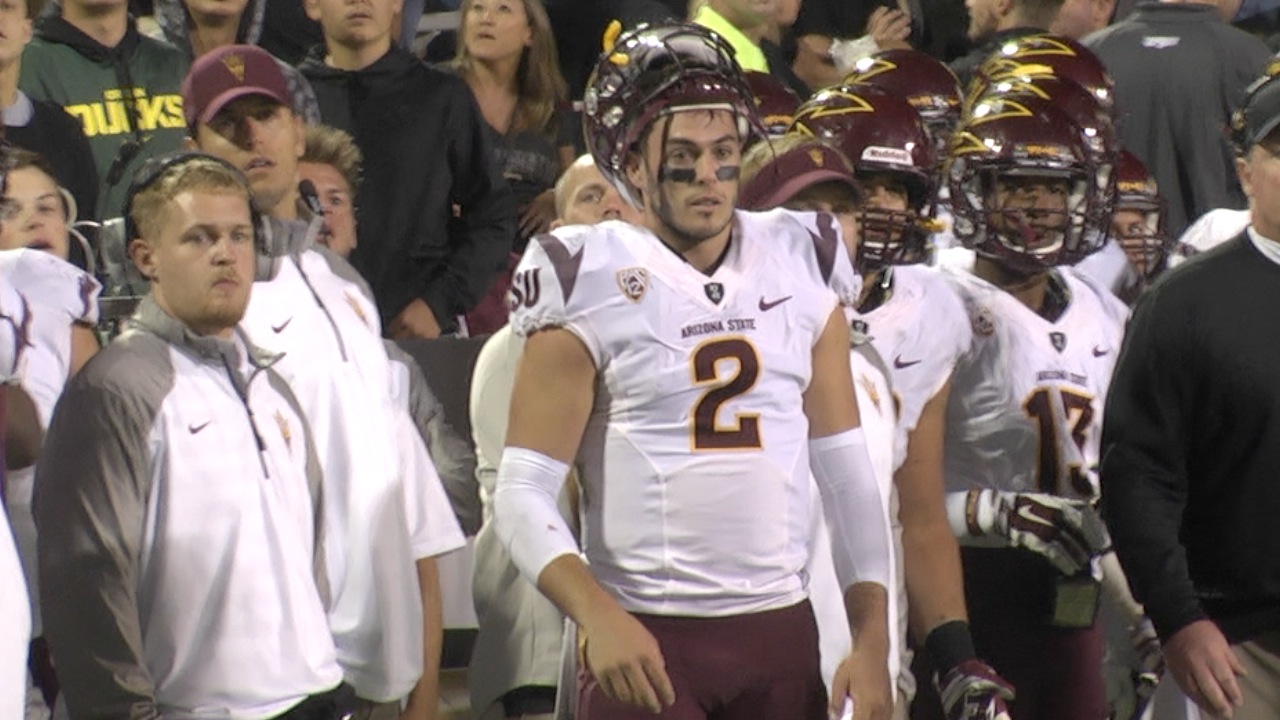 The Arizona State University football game with the University of New Mexico this fall, originally scheduled for Saturday, September 19, has been moved to Friday, September 18 to accommodate a request of the Pacific-12 Conference Office and its television partners.

The game will kick off at 7 p.m. local time and will be televised live to a national audience on a network to be announced later. By agreeing to move the game to Friday night the Sun Devils will not be involved in a logjam of games (eight (8) total before the move) to be televised on either ABC, ESPN, ESPN2, ESPNU, FOX, Fox Sports 1 or the Pac-12 Networks on Saturday, September 19.

The only other time that ASU has played a Friday night football game in September was against Missouri in 2011. ASU defeated the Tigers, 37-30, in overtime on Friday, September 9, 2011 on ESPN at Sun Devil Stadium/Frank Kush Field.

A byproduct of the move for the Pac-12 Conference will be that ASU has one extra day to prepare for it’s Pac-12 Conference opener versus USC one week later on Saturday, September 26 at Sun Devil Stadium/Frank Kush Field.