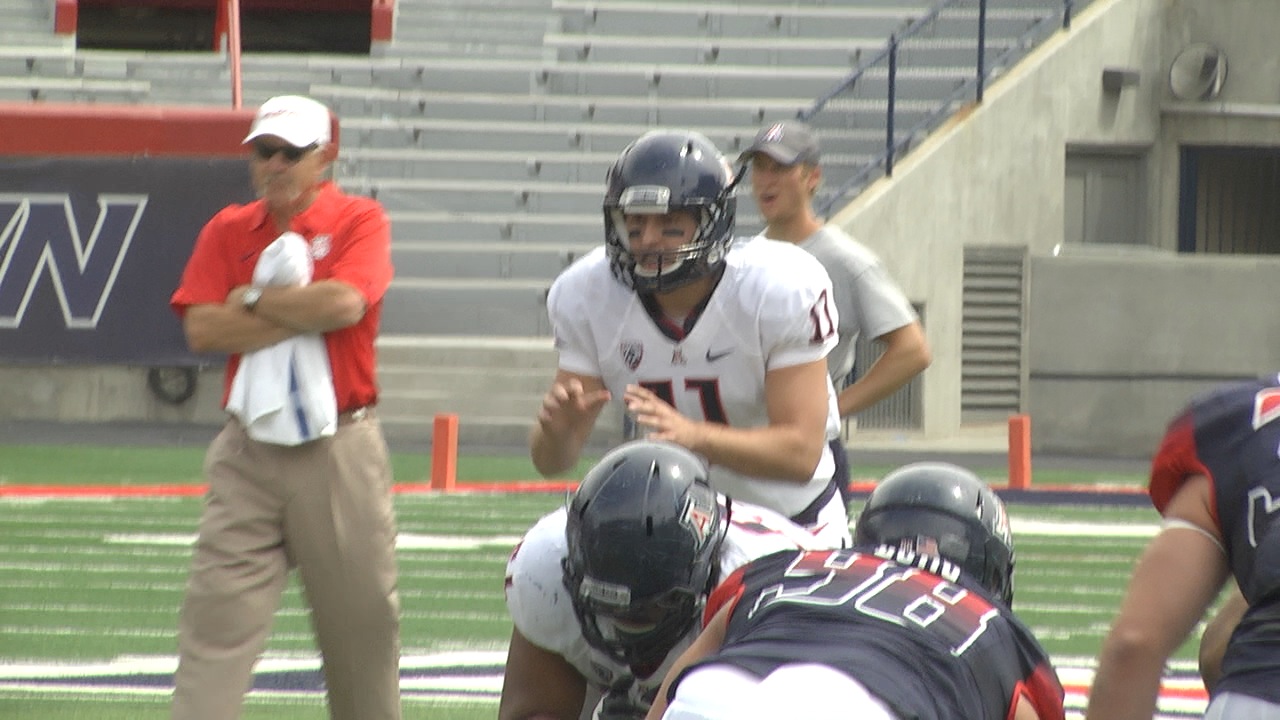 The father for former Arizona Wildcat quarterback, Connor Brewer, says his son would be open to returning to the Texas Longhorn football program.
“He should’ve never left(Texas) in hindsight”, Robert Brewer told Sports360az.com on Saturday afternoon.
“He loved his time at Texas, he just wanted a chance to play, no one could have foreseen what would happen to David Ash(career ending concussions).
Would Brewer want to return to the Longhorns? “Yes, absolutely” his father said.
Longhorn quarterback coach Shawn Watson recruited Brewer out of high school when he was on the staff at Nebraska.
“We’ve had conversations with Texas” Brewer added.
Connor Brewer will graduate from Arizona in May and have two years of playing eligibility remaining.
While the Brewers are interested in returning to Texas, there are other programs that have reached out according to Robert Brewer.

South Carolina-“they want to bring him in for a visit after National Letter of Intent Day(February 4th)”.

Northern Arizona “they’ve reached out to him, definitely a possibility”

He also listed Washington, Colorado State, and UT San Antonio as programs who have have shown some level of interest in learning more about the former Scottsdale Scottsdale Chaparral star.