Arizona State football finished the season losing to their rival and came up short in winning the Pac-12 South for the second consecutive season. For those reasons alone, there are many that believe it was not a great season for the Sun Devils despite the fact they have achieved their first consecutive 10 win seasons since the early 1970s.

ASU Legend Jake Plummer does not understand the thinking of Sun Devil faithful who doesn’t believe 2014 was a success.

“I think it was a great season and those fans who are upset about that, I feel sorry for the people trying to get them Christmas gifts,” Plummer told Sports360AZ.com. “At some point, you have to be appreciative of the effort that these kids put out. You have to appreciate that there were some ups and downs, but that’s what sports are all about.”

Plummer looks at the adversity that ASU faced early when Senior Quarterback Taylor Kelly went down in the second half of the Colorado game but after, still managed to stay competitive and did not waver under Mike Bercovici.

“The fact that the team was able to fight through losing their starting quarterback and still win some games, still stay in the hunt and still be in positing to being in the college football playoff from where they’ve come from the last two years, that’s a huge step,” he stated.

Todd Graham has said time and time again that the first thing he learned from talking with alumni and fans about ASU when he first took the job was that the Arizona game is the most important of the year. And he treats it as such, at least when talking about it. The game for the first time under his leadership did not go his way. But that still does not mean that the season isn’t a success. In fact the Wildcats improving and making the rivalry what it became this season only helps ASU going forward according to Plummer.

“You know, when your rival gets better and continues to improve, there is only one thing you can do and that’s get better also,” he stated. “I love the fact that that rivalry is gaining momentum. It wasn’t fun to watch them lose to U of A but hey, we put some whoopings on them the last few years and that’s a good rivalry. It goes back and forth.”

The emergence of some of the young players is something that has Plummer excited for the future and is another reason to view 2014 as a success for ASU.

“There are some youngsters that really stepped up who I like to watch play,” Plummer explained. “A couple of running backs, (Demario) Richard and (Kalen) Ballage, man they are fun to watch play. Kweshi Brown had that huge interception to seal the game (against Duke).”

There were marquee moments from 2014 that the former Sun Devil great says this program can put it’s hat on for momentum moving forward. For example, the win over Notre Dame with the national spotlight and what that can do for recruiting.  But there is one big thing that is imperative on that momentum to keep it going in the right direction.

“I’ve said it before and I’ll say it again, I just hope Todd Graham stays,” stated Plummer. “Don’t leave Todd Graham! Stay here for a long time! Whether you love him or hate him,  that’s how you build a program. You can’t just jump ship and go to the next grassy field. Hopefully he will stick around.” 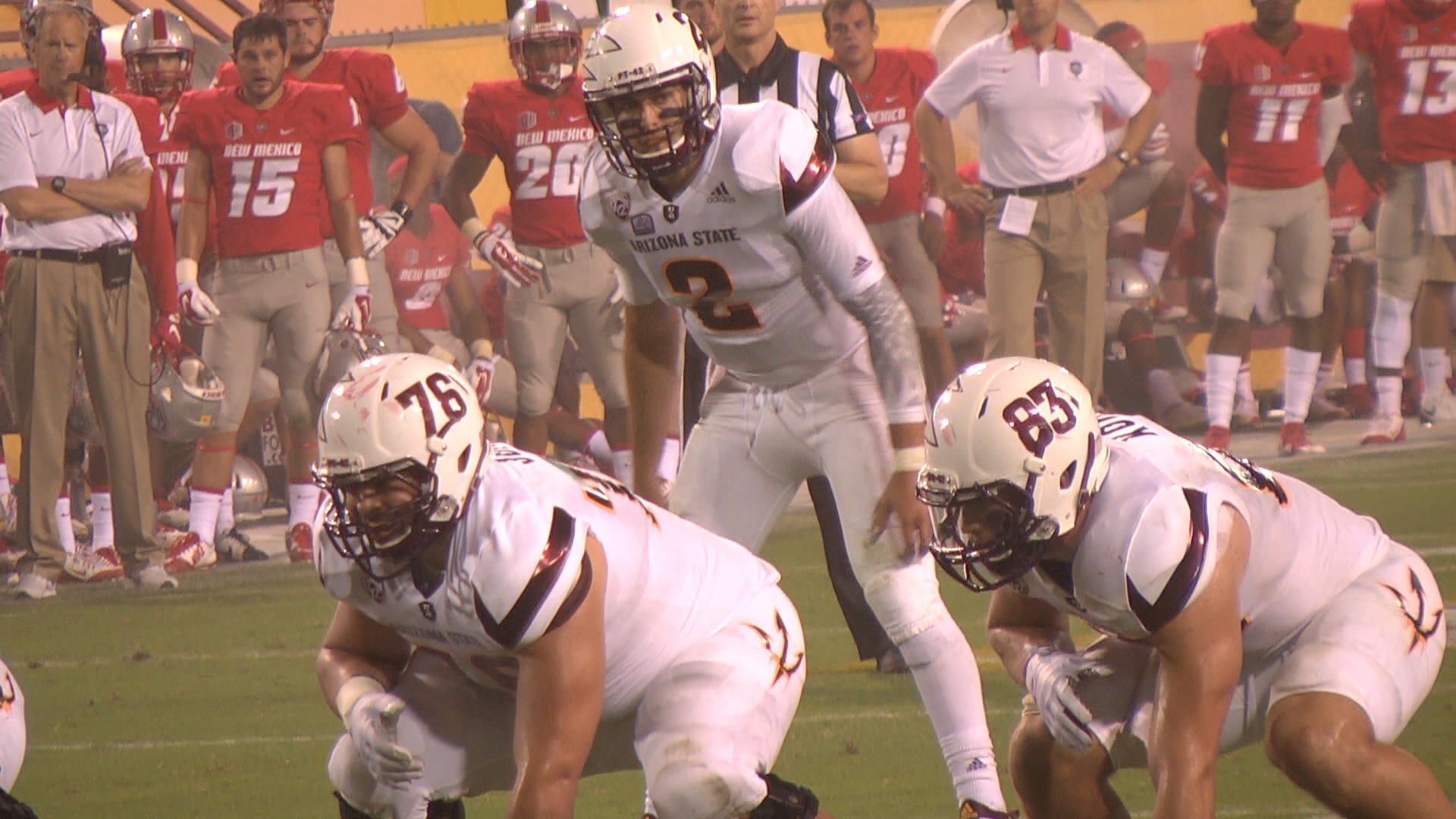