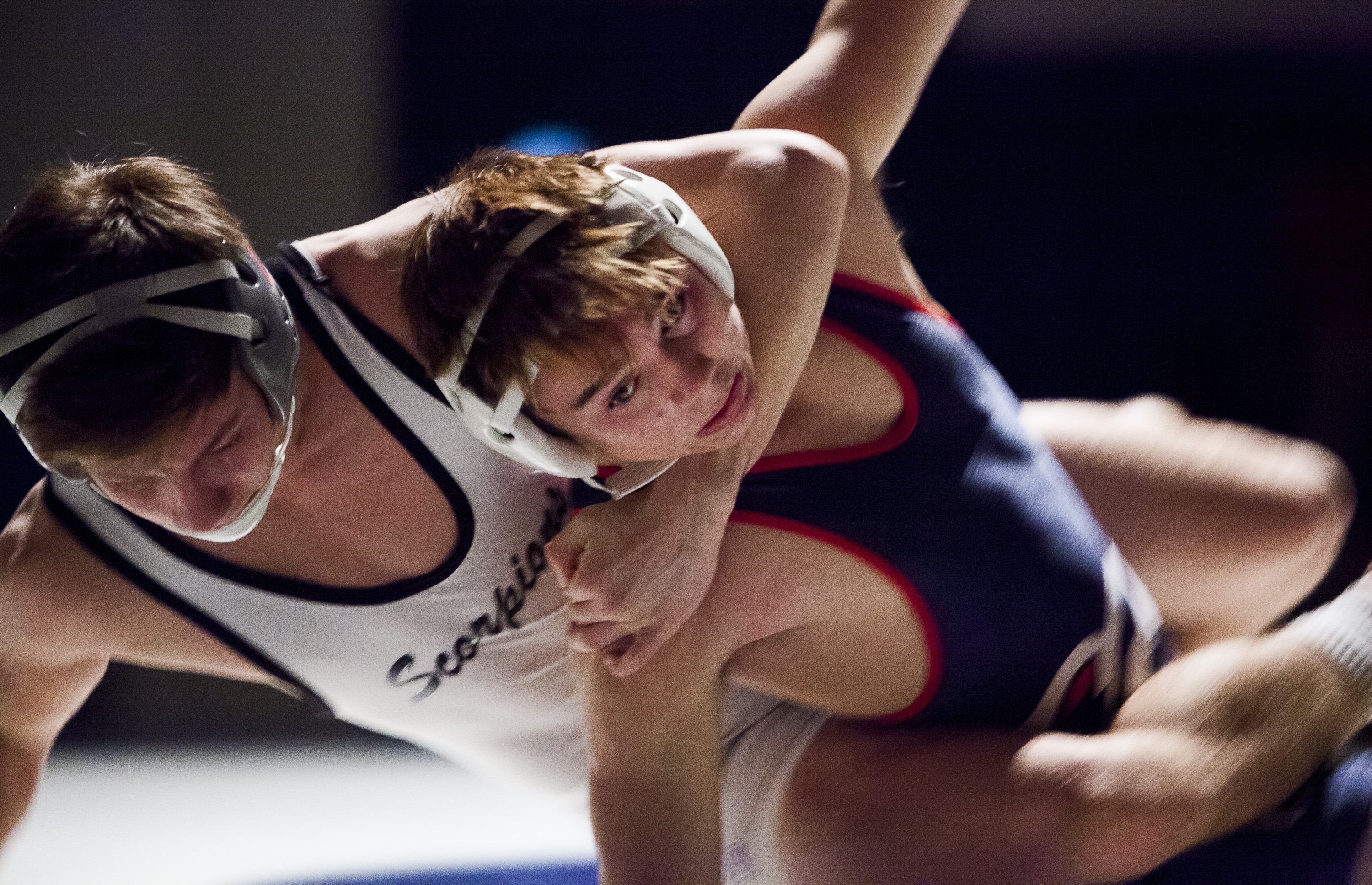 When the parade of champions comes across the floor at wrestling tournaments it’s a cascade of color.

All of the competitors wear their warm-up jackets to show off their school colors, but there is usually a noticeable pattern.

It’s a good bet when the parade comes out by weight class that there will be multiple occasions where teammates are right next to each other or close by showing off the red of Moon Valley, the blue of Desert Vista or the black of Boulder Creek.

It was definitely the case at the Moon Valley Invitational over the weekend led off by the Desert Edge tandem of Brandon Courtney, who is 27-0 on the season and finished second at state last season, and two-time state champion Josh Kramer at 113 and 126, respectively.

Drilling and going “live” against a competitor who is on the same level or better is the very best way to improve. Working hard to just get a takedown or escape instead of cruising through a match makes all of the difference in the world.

It makes a tournament like Moon Valley, as good as the field is, a breeze for competitor who has an elite partner.

“I just go out there and work all my stuff and wrestle hard,” Kramer said of staying focused when facing lesser opponents. “We are always the hardest workers in the room. It shows on the mat when we come out to these tournaments. It’s the hard work we put in. Once we get to tournaments it is usually easier competition than what we face every day in practice.”

Kramer is headed to Arizona State next season.  His decision was made easy by the presence of first-year coach and former Sun Devil All-American Zeke Jones.

“It means a lot, and I was really excited to find out I was going there,” Kramer said. “I knew that’s where I wanted to go because of his credentials. I like his style and how he prepares his wrestlers.”

The Centennial wrestling program has been going to Moon Valley for 20 years and until finishing first over the weekend the Coyotes had never finished in the top three.

The Coyotes had two runner-ups in Bryce Saylor at 126 and heavyweight Adam Fernandez to help hold off Corona del Sol and Desert Vista for the title.

“It was such a team effort,” Coyotes coach Brian Burgess said. “It wasn’t just a few kids scoring a lot of points. We made some changes in practice. It’s not just a grind, but a lot of team oriented practices. We have a lot of senior leadership and it’s been good.”

Arizona more than held its own at what some consider country’s top tournament – although we will go with the Ironman in Ohio held the weekend before – each year.

Mesa Mountain View, which began the year in the top 50 in the nation, placed five wrestlers and finished second behind defending champion Poway (Calif).

Sunnyside finished tied for 10th, Cibola was 15th and Queen Creek was 93rd.

Sunnyside’s Roman Bravo-Young, who came in as the fifth seed, won an individual title at 106 when he beat sixth-seeded Jason Cole of North Summit, 3-2, in the championship match.