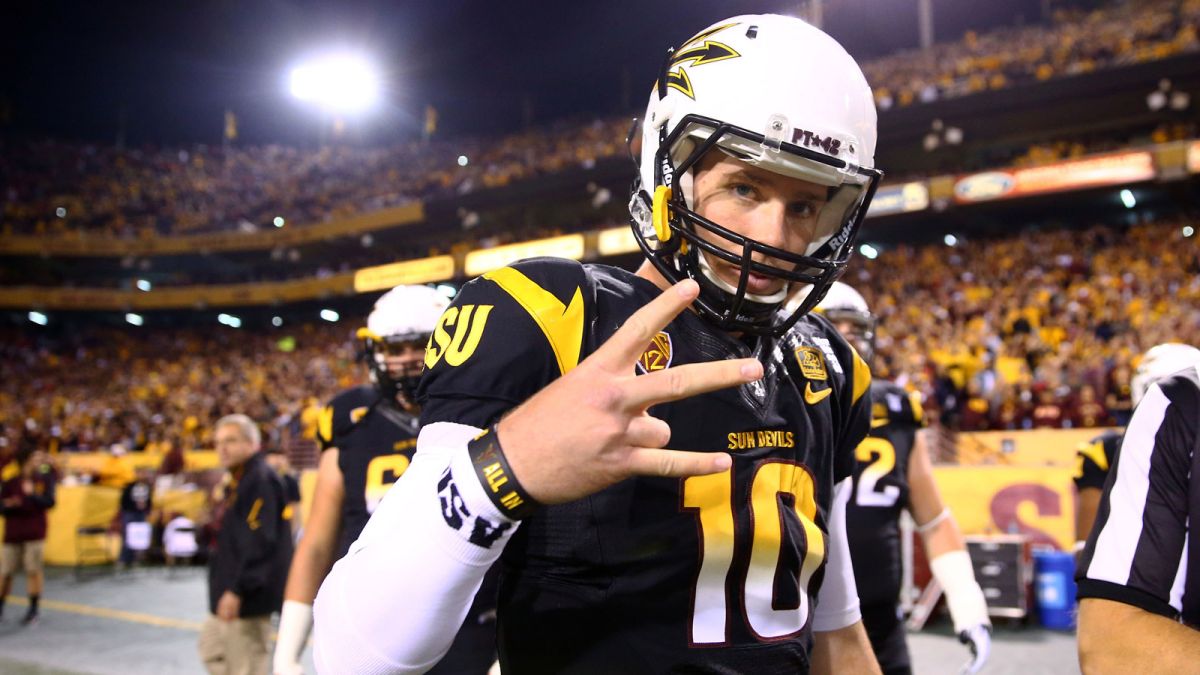 Jake Plummer has been there before so he’s happy to share his knowledge.

Especially when his student is a “spud” as The Snake affectionately calls fellow Idaho native Taylor Kelly.

The senior quarterback is preparing for his Arizona State finale when the Sun Devils take on Duke in the Sun Bowl Saturday afternoon in El Paso but Plummer says he will connect with Kelly when the Colorado resident is in Arizona next month for Super Bowl festivities.

Kelly is hoping to land a spot on an NFL roster next season.

“I don’t want to change what he does,” Plummer told Sports360AZ.com’s Brad Cesmat in a recent phone interview. “But I can help him become more efficient and give him a shot [in the NFL].”

Some inside NFL circles believe Kelly is a late-round pick or priority free-agent. The 2013 second-team All-Pac 12 performer has been inconsistent this season after missing three games with a right foot injury. He’s thrown for just under 1900 yards with 20 touchdowns and just five interceptions. He’s added 232 yards rushing and three scores. He’s completing just under 58% of his throws this season.

“He’s got a shot,” Plummer said of Kelly’s pro aspirations. “But there’s a lot of carry over that’s got to happen. A lot of learning. A lot of work that he needs to do with his feet. He’s athletic enough. I know that he can do it but those reps in games have to come. I don’t think he’s going to come into the league and dominate but if he gets in with the right coach…then I think he has a chance.”

The 6’2, 210-pound Kelly who ASU head coach Todd Graham calls “the greatest leader he’s ever coached” has a strong arm with good velocity but struggles with accuracy on intermediate and deep balls.

Plummer says TK shares some of the same strengths as some the NFL’s best.

“He’s got it mentally and he’s got it in his heart,” he explained. “Those are things you can’t coach a kid to do. He’s got that. Jay Cutler could use a little of what Taylor Kelly has.”

Kelly must prove to NFL coaches and scouts he can go under center and fluidly drop back in the pocket, go through his progressions and properly read defenses after being exclusively in the shot-gun over the past three years at ASU.