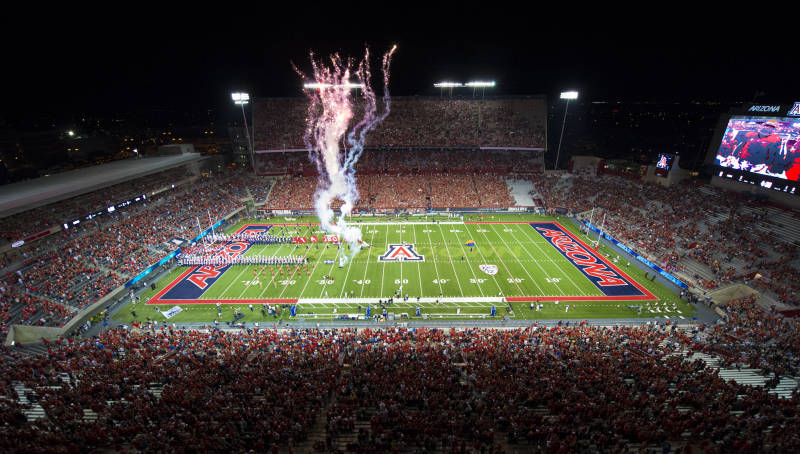 Arizona got back on track this year after beating the Colorado Buffaloes 38-20 in the Wildcats’ homecoming game. With this win, the Wildcats move to 7-2, 4-2 in the Pac-12.

Here’s what we learned:

1. Running Away…The ground attack was hitting on all cylinders against the Buffalo defense. Nick Wilson looked back to form since his ankle injury and had his first 100-yard game since Week 3 against Nevada. Wilson ended the night with 153 rushing yards. Anu Solomon got in on the action as well, as he rushed for 105 yards.

2. Rocky Mountain Start… Things didn’t start off very well for the Wildcats as Colorado quarterback Sefo Liufau connected with Shay Fields for a 75-yard touchdown on the first play from scrimmage. The Buffaloes were able to hold on to that lead until one minute left in the first quarter. Liufau drew first blood, but the Wildcats would have the finishing blow(s).

3. Sefo Liuf-ow… The Wildcat defense was able to cause four turnovers on the night through their pressure of Liufau. When it was all said and done, Liufau was intercepted twice and gave away two fumbles. The Wildcats were able to score after each turnover. Tra’Mayne Bondurant was able to return a fumble for a touchdown for Arizona’s first score.  Liufau eventually had to leave the game after getting hit while throwing his second interception of the night.

4. Back On Track… UCLA stifled the Arizona offense to just 255 total yards and seven points last week. Tonight, the Wildcats exploded for 499 yards, and Anu Solomon threw for four touchdowns.  The combination of Wilson and Solomon on the ground game totaled 258 yards.

5. Shutting The Door… Colorado kicked a field goal with 7:35 left in the third quarter to make the score 24-20, Arizona. After that, it was all Wildcats. Solomon and Samajie Grant were able to connect on two touchdowns and the defense shut down Colorado’s offense in the fourth quarter.