It was the battle of the unbeaten on Friday night between Tempe High and Moon Valley and n the end, it was Tempe that made the necessary adjustments, executed and won the battle in the trenches to come away with the 38-26 win to continue the special ride it has been in 2014.

“It’s been real special,” said senior Quarterback Emanuel Gant after the game. “We have just been getting closer and closer as every game has gone on. That’s basically just a bunch of my brothers.”

“We play it game-by-game,” mentioned Tempe Head Coach Brian Walker. “We always talk about that. That’s our motto. We’ve still got Alhambra. Everybody else is saying section title. We still have to take care of business against Alhambra. Make no mistake about that.”

For Gant, what a career it has been. He started the game needed 177 passing yards to pass former Saguaro and Current Cal Bear Quarterback Luke Rubenzer for the most passing yards over a career in state history. Gant would finish just 31 yards shy in the game.

“I never really cared about the record in the beginning,” stated Gant. “If I got it, I got it. If I don’t, I don’t. The win is more important and the team comes first before myself.”

When talking with people close with Gant, they mention how much growth they have seen in him over the course of his high school career. He has been playing under center for the Buffaloes since he was a freshman and has been a member of some great Tempe teams. But his growth and maturity over the course of the four years is what people say has been the most impressive. This past off-season in particular, Gant recalls one particular situation where he needed to take his game and his leadership to another level.

“Senior year summer, when our running back transferred, that’s when I had to pick everybody up,” explained Gant. “Just keeping focused and trying to get to a state championship.

For Gant, eclipsing 177 passing yards in a game has been done with relative ease over his career. But in this game against Moon Valley, it was not needed. The Buffalo offensive line was creating great push for the running game led by DaVonte Williams-Dorsey who has stepped up since Johnson transferred.  Another reflection of the state record not being on the top of Gant and his team’s mind and going with what was working for the team which was the run game.

This Tempe defense should not go unnoticed not just from this game, but from what they have done this season. They have allowed less than 20 points in six of their nine games and on Friday alone, really set the tone for the game as they forced multiple turnovers, scored a defensive touchdown and prevented the Rockets from scoring on three different trips inside the red zone.

Tempe is now 18-1 in regular season games going into their 2014 finale next week against Alhambra. The play of this defense supporting this offensive attack that can beat you in so many ways could take Tempe further into November than they have been in quite some time. 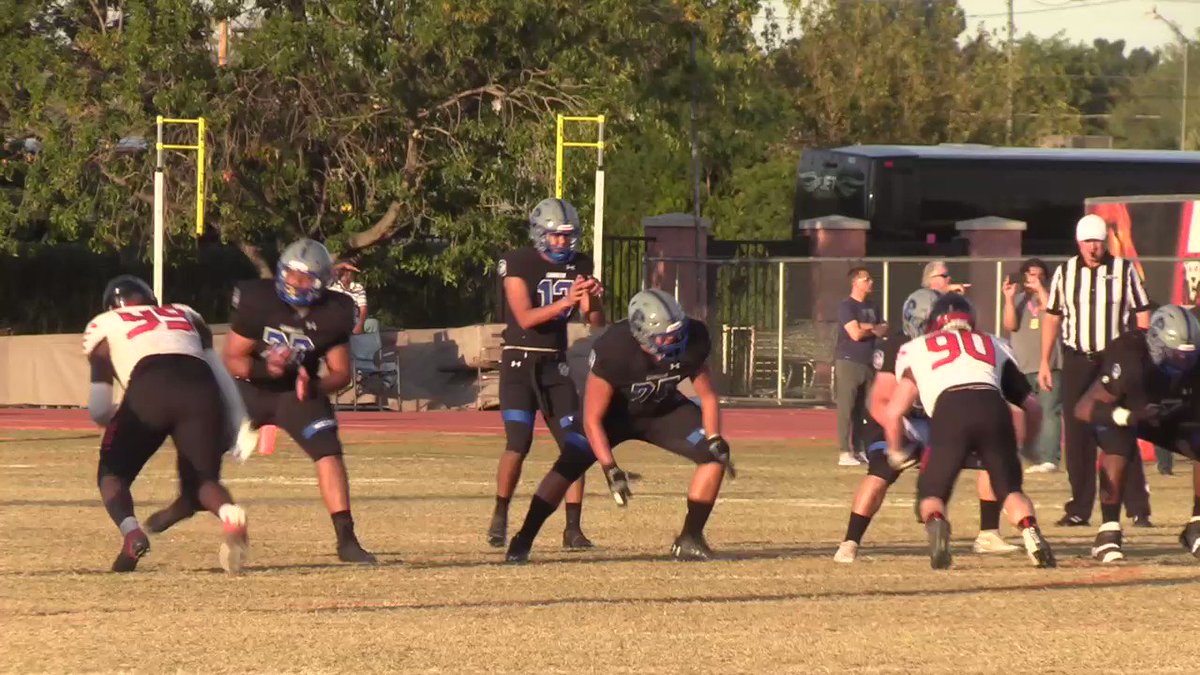 Jordan Spurgeon ·
@spurge_
How ‘bout that man @JaxStam with the pick 🤲

In reply toSports360AZ
Hipa tries to find Jamere Haskell in the corner of the end zone but Haskell comes down out of bounds. Turnover on downs. 2:20 to go in the first with no score either way @Sports360AZ https://t.co/3ElwBuh8pK
View on Twitter
0
0

In reply toSports360AZ
Blaine Hipa took a monstrous hit while running for a first down and briefly exited the game before coming back in. Chandler now facing 4th and 7 deep in Liberty territory. @Sports360AZ https://t.co/cTRdWFfriQ
View on Twitter
0
0 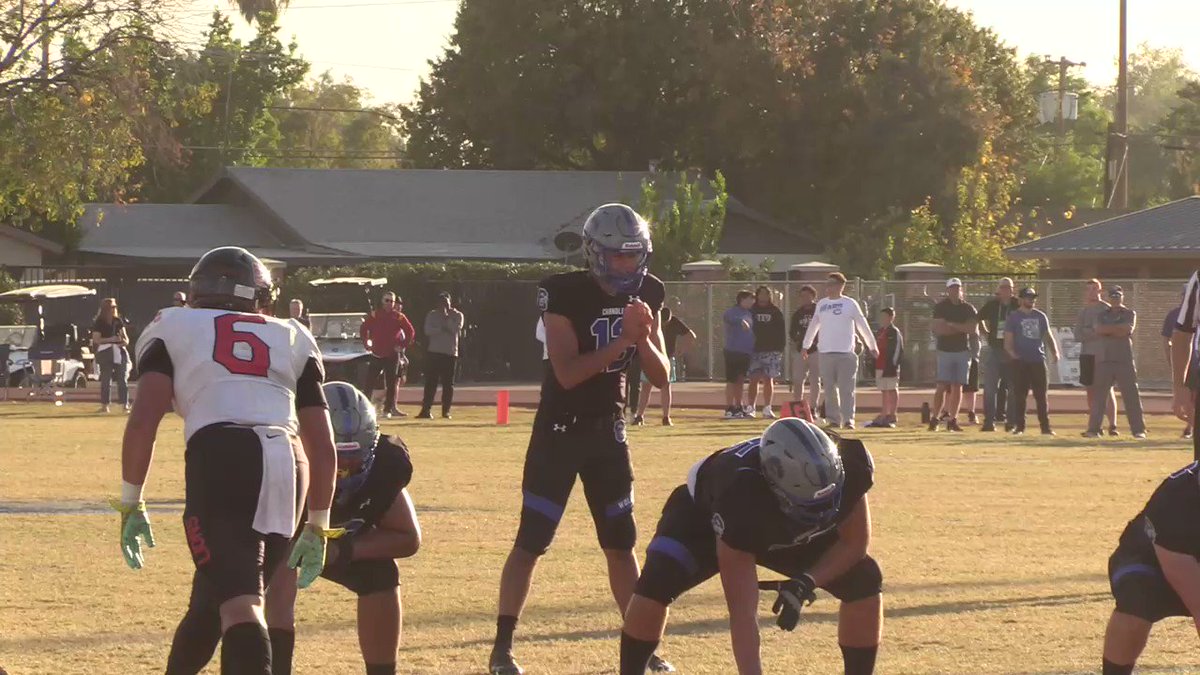 Jordan Spurgeon ·
@spurge_
The Lions recover a fumble, punched out near the end zone. @LibertyFBLions

In reply toSports360AZ
Liberty goes 3 and out on its first drive. Chandler will start from the Lions 43 after a good return by Franky Morales @Sports360AZ
View on Twitter
0
0

In reply toSports360AZ
Jeremiah Moore coughs it up in the red zone and Liberty recovers. Lions take over at the 20 yard-line. Still scoreless with 6:50 to go in the first quarter. @Sports360AZ https://t.co/Ju3Eiv0j02
View on Twitter
0
0

Evan Oscherwitz ·
@EvanOscherwitz
Live from Chandler - The back-to-back Wolves will take on the Liberty Lions with a chance to reach their third consecutive Open Division title game. Updates will be provided here @Sports360AZ https://t.co/a4exfQgFbM
View on Twitter
0
0

Sports360AZ Retweeted · Jordan Spurgeon
@spurge_
Both teams getting hyped up 🔋 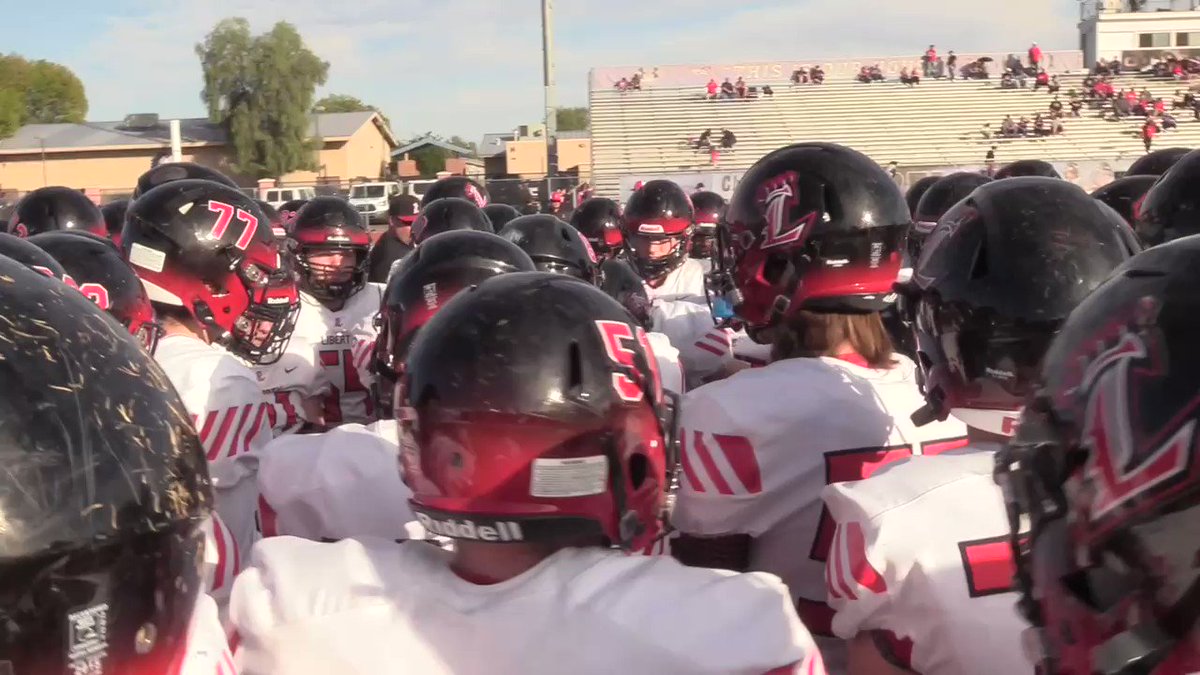 Jordan Spurgeon ·
@spurge_
Both teams getting hyped up 🔋 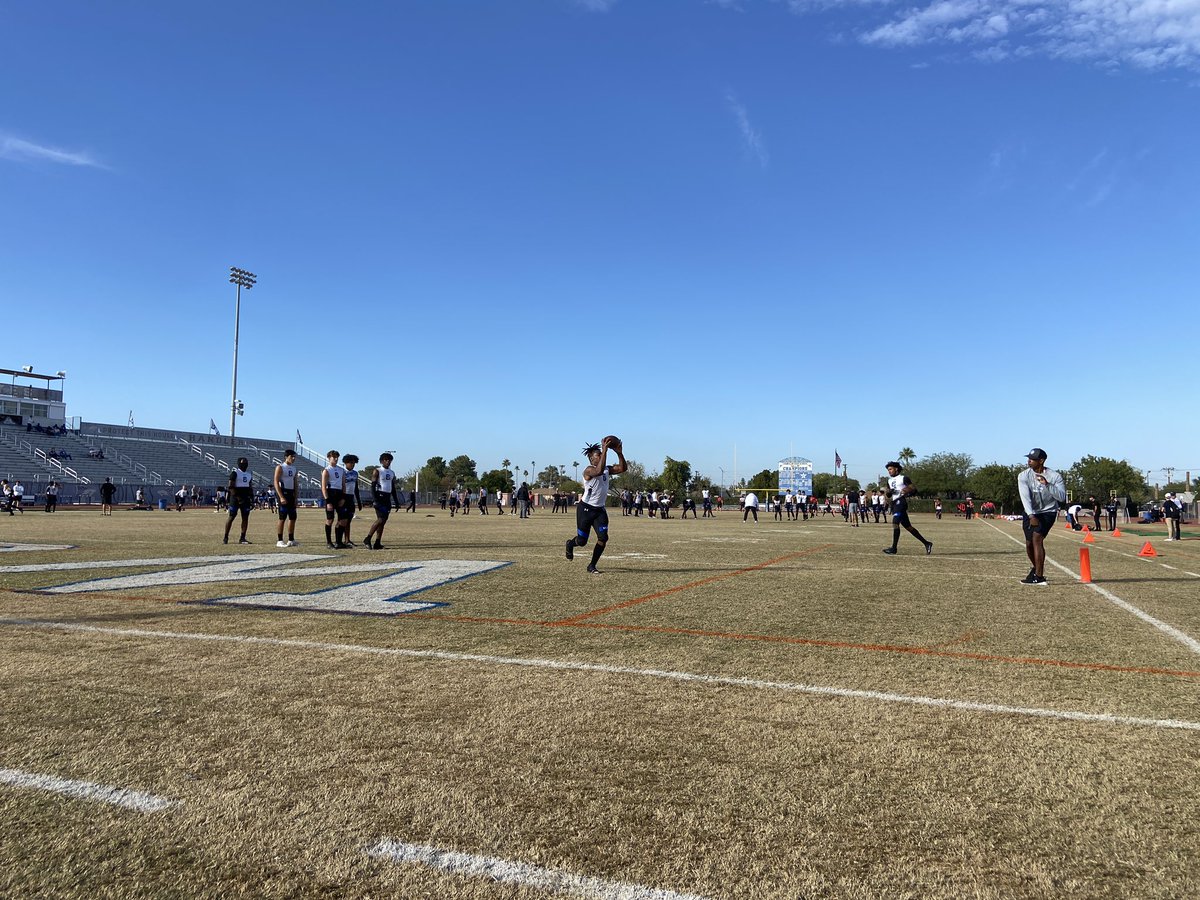