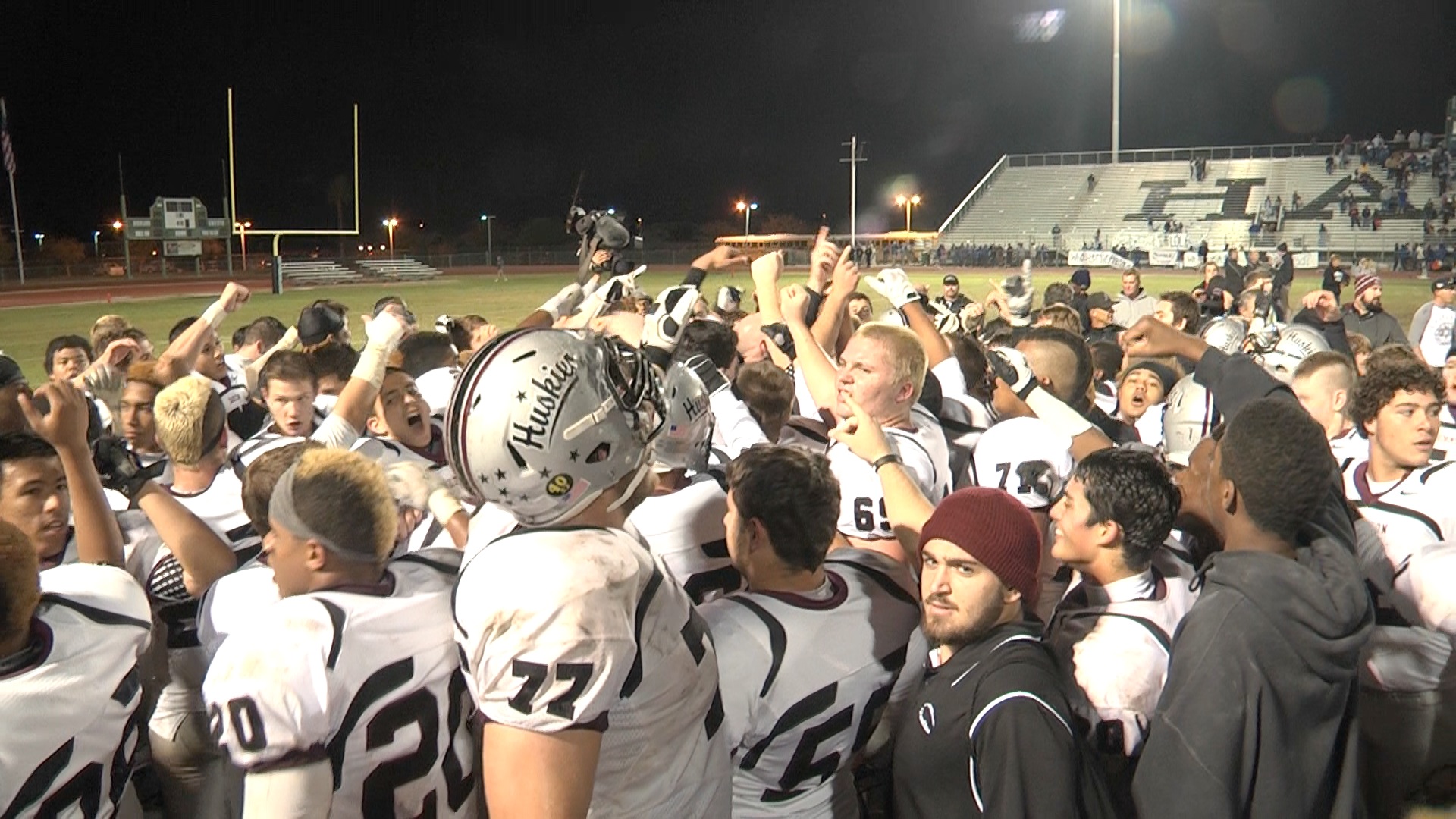 The easy assumption is the Huskies will extend its home streak with a win over the Wolves this week.

Only we all know comparing scores is about as useful as one napkin while eating Sloppy Joes.

Style matchups are the true indicator of what an outcome will be when two quality team lineup across from each other.

Here are five things that will determine the outcome of one of the top rivalries (now that Chandler as one a game) in the state.

1. Special teams – Nothing was more evident in Hamilton’s win over Mountain Pointe how quickly the game can change when the third phase of the game isn’t performing. The Huskies completely turned the game around.

The Huskies aren’t going to get their hands on three kicks again this week, but what they will get his the powerful leg of Brandon Krcilek, who gets a high percentage of touchbacks and booming punts which should make it difficult for Chandler’s Chase Lucas change the game in the return game.

2. The Hamilton O-Line – Hamilton had trouble handling the Pride front seven. We will go out on a limb and guess the Huskies had their worse rushing output in school history.

So where is the unit’s confidence level? It can’t be high, but a good week a practice and watching the Wolves’ game tape against Mountain Pointe should change that.

Despite giving up more than 500 yards rushing against the Pride, the effort of the Chandler defensive line – led by JW Windsor – was never a problem.

3. The win – As everyone knows the Wolves finally beat Hamilton last season in the regular season after going 0 for 17 since the series started 1989. Despite the fact that the Huskies came back to win the semifinal rematch, that victory makes all the difference in the world.

We are huge believers of the power of the mind.

The fact that a large contingent – mainly playmakers quarterback Bryce Perkins and running back Lucas – of the Wolves players have done it before means they walk onto the field at Loper Stadium with something no other Chandler has ever had – belief.

4.  Game speed – These two teams play the game at completely different speeds as Hamilton uses its traditional style offense that loves to eat clock, while the Wolves often go no-huddle up-tempo style that is all the rage.

Perkins is more of an established quarterback than the Huskies’ James Sosinski, who is a gangly 6-foot-7 pocket passer who saw over the Pride’s pass rush to complete passes downfield that the average size quarterback probably never see come open.

Perkins gets tabbed as a dual threat quarterback but against Mountain Pointe he stood in the pocket and went through his progressions and only ran as a final option.

Plus there is the little fact that he led a game-winning drive against Hamilton last year.

5. The streak – Hamilton has now won 64 in a row at home and Belles has never had a team lose at Loper Stadium.

Do such things really matter once the game starts? Of course not when it comes to what happens on the field, but it goes back to the power of the mind.

The Huskies believe they can win any situation when wearing the home black jerseys.

If the Wolves grab the early lead and tack on another score then Hamilton players will only dig in deeper. This group does not want to be the team that ends the streak.

You can stream the Battle for Arizona Avenue LIVE tonight here on Sports360AZ.com under the CUSD LIVE tab starting at 7.