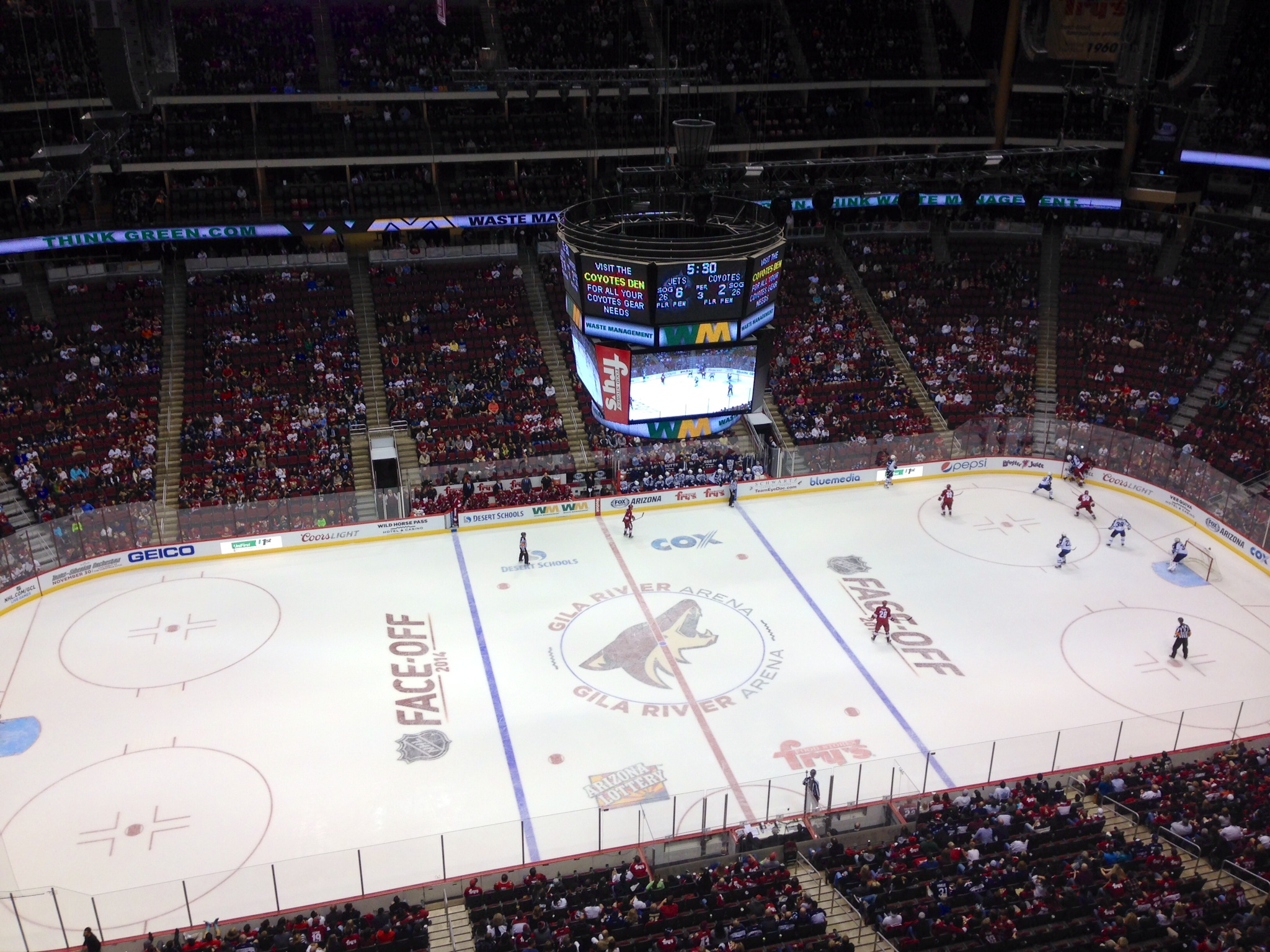 The newly named Arizona Coyotes dropped the puck to begin their 2014-15 season in the newly named Gila River Arena on Thursday Night. The Coyotes fall to the Winnipeg Jets 6-2. Here are five things we learned.

Can’t Beat Yourself: One thing we knew about the Coyotes going into the season was that there are a lot of new faces and less depth of proven players. A main storyline is who is going to step up. But with ths lack of depth, this team cannot afford to beat themselves. In the first period, the Coyotes had seven penalties, were outshot 16-8, outscored 4-1, two of which were goals that could have been avoided with more discipline and the puck seemed like it was in the Coyotes zone nearly the entire time. With a team that may not have as much talent as others in the NHL, you have to do the little things, and they did not.

Going, Going, Gagner: If there is one player that really looks to make a big impact for the Coyotes, it is Sam Gagner. Coming into opening night, he was second in the NHL in points among players who were selected in the 2007 entry draft. He has 295 points in 481 games played which is second behind Blackhawks star Patrick Kane. Gagner was selected sixth overall that year and has spent his first seven seasons with Edmonton. The Coyotes hope he can be a big offensive boost for the Coyotes who parted ways with goal scorers Radim Vrbata and Mike Ribeiro over the off-season. Mikkel Boedker is another player that the team hopes will take another big step forward. He had a career high 19 goals last season and is already off to a good start to try to improve on that mark this season with the Coyotes first goal of the season.

The Captain is Back: Something Coyotes fans have been able to say in every season of their existence in Arizona, Shane Doan returns to the ice. Doan is back and he was back to doing the Shane Doan things that have made him the local star that he is. The team goes down 4-1 in the first period and with a sense of the game spiraling out of control, he attempts to get the team and the fans going by getting into the first fight of the season. It is that kind of leadership that has made the team exceed expectations many times during his tenure. He also led the team in hits and takeaways which means he was active and aggressive. Two traits the team as a whole could have been much better at.

Not Like Mike: Besides Shane Doan, the most recognizable face of this new look Coyotes team is goalie Mike Smith. Smith is coming off a season which was an absolute roller coaster. He started the season slow, started to really pick up some good momentum before the Olympic break, was selected to team Canada for the Olympics winning a goad medal and then shortly after returning to NHL play, was sidelined with an injury for most of the second half of the season. It was a season that Smith won’t forget, but also one where he would tell you himself that needed to be better. With a clean slate to start the 2014-15 season, Smith did not get off to the hot start that he, the team and the fans had hoped. He allowed six goals in the opener. For a young team that will live and die by their defense, six goals allowed in a game is unacceptable.

Short memories: Game one of the season is always a learning experience for everyone. For the fans, the media the players and the coaches, it is the first look at what the team will look like going up against someone in real game action. The Coyotes learned that they were not prepared enough mentally to begin the season but for the most part, played stride for stride with the Jets in the second and third periods. Whatever was said at the first intermission, resigned with the team. It was a bad first impression, but one that the team will have to put behind them with another 81 games left this season.