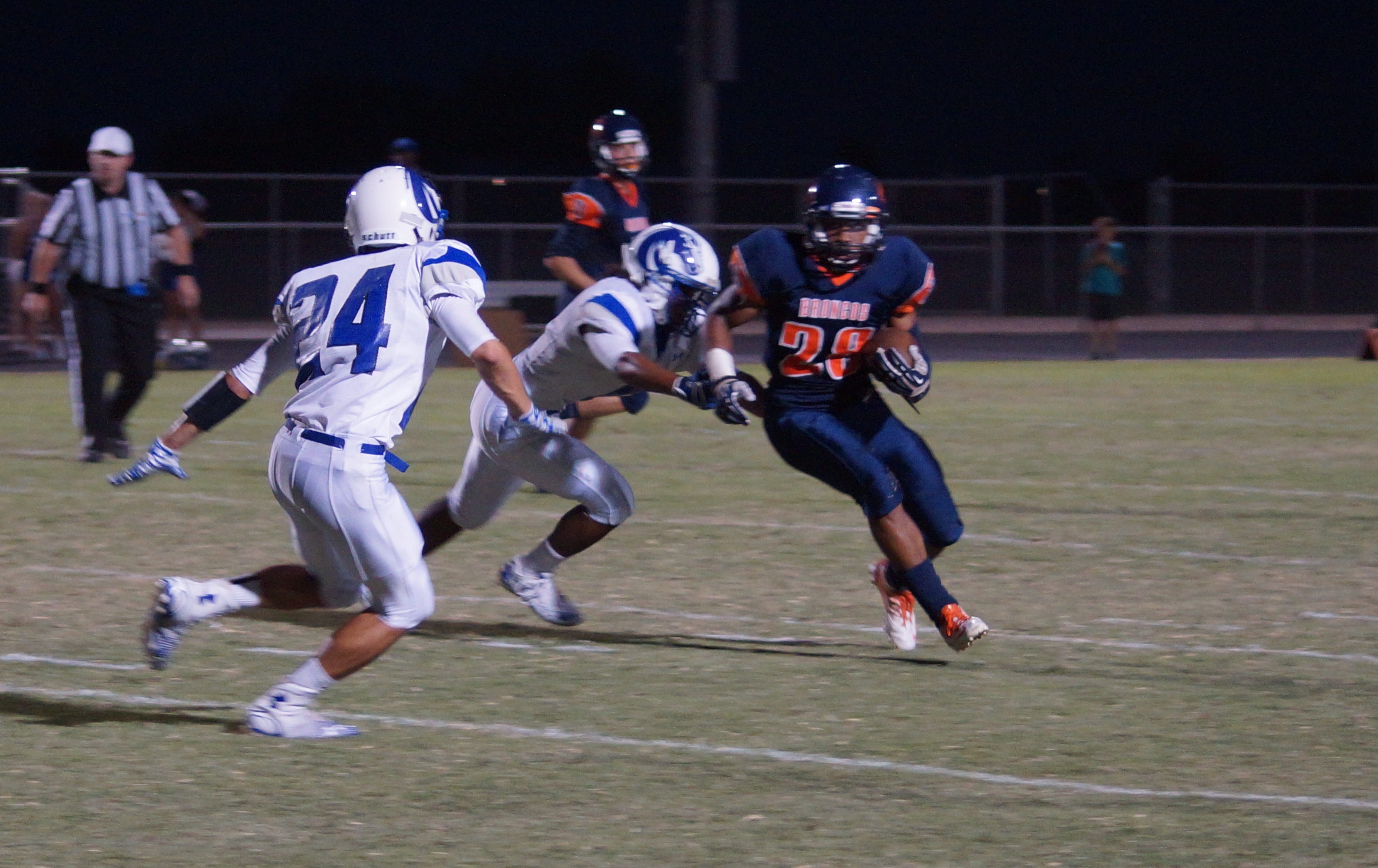 Poston Butte’s record is 2 – 1 after consecutive shutout victories in its last two games, renewing optimism for a Broncos’ championship this season.

“(Moro’s) coached 13 – 1 teams before and won the championship,” senior running back Brandon Hatfield said recently. “Everyone has that mentality.”

Hatfield is one of three seniors who are hoping their final season together is similar to the final season they shared as youths with one significant difference.

Hatfield and teammates – Zaq Smith and Russ Corriveau – played together as eighth-graders for the Wildcats, a youth football team in Florence, Arizona. Their youth team went undefeated that season and reached the championship game but, unfortunately, lost the final game.

While an undefeated season is no longer possible, a championship remains attainable.

“I think it would culminate a great career the three of us have had playing together,” Corriveau said about the possibility of winning a championship this season. “With that being said, to reach our ultimate goal we have to focus on one game at a time and improve every day as a team because it’s about our team not just the three of us.”

No matter how the season finishes for the Broncos in 2014, this trio has memories that will last a lifetime.

“It’s gone by fast, really,” answered wide receiver Zaq Smith when asked what he remembers about that final youth season. “It was a great season and always fun playing with them.”

“Just playing with these guys since youth football and doing our touchdown celebration the same way since then,” Hatfield added in response to the same question.

For Corriveau, what happened on the field together is just as important as what occurred off of it.

“It’s been really fun since eighth grade,” he said. “Having been able to play with and grow with them, not only on the field but as friends too. I think that’s the best thing; how far we’ve come individually and (as teammates).”