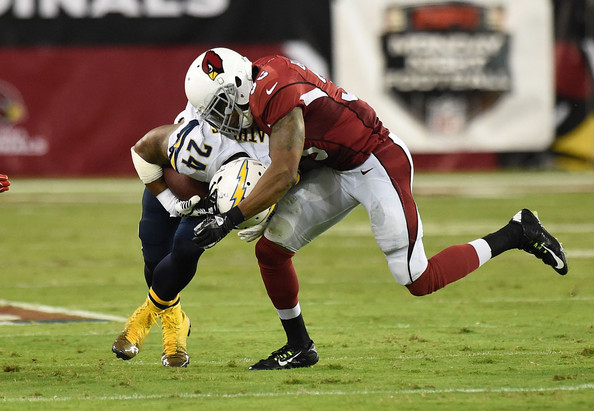 It’s wasn’t always pretty and far from perfect but nobody inside the Arizona Cardinals organization is complaining about the Red Birds 18-17 win over the San Diego Chargers Monday at University of Phoenix Stadium. Similar to what we saw pretty consistently around the league in Week 1, teams are still working out the kinks on both sides of the ball.

The Cards are no different but one area of concern in the pre-season was, at least temporarily, put to rest.

“There were so many questions about the run defense when I was in camp,” SI.com senior writer Peter King told Sports360AZ.com’s Brad Cesmat in his weekly interview Tuesday morning. “The injuries there, the depth they were missing. To hold San Diego to [52] rushing yards I thought was terrific.”

“That to me was a big plus,” King explained to Cesmat.

The Chargers converted just 6-15 third downs and a late-game Cards’ defensive stand preserved the one-point win before a raucous crowd in Glendale.

Arizona will look to keep the momentum going this weekend when they travel back east to take on the New York Giants who were routed in Detroit by the Lions in the first game of the doubleheader Monday night.