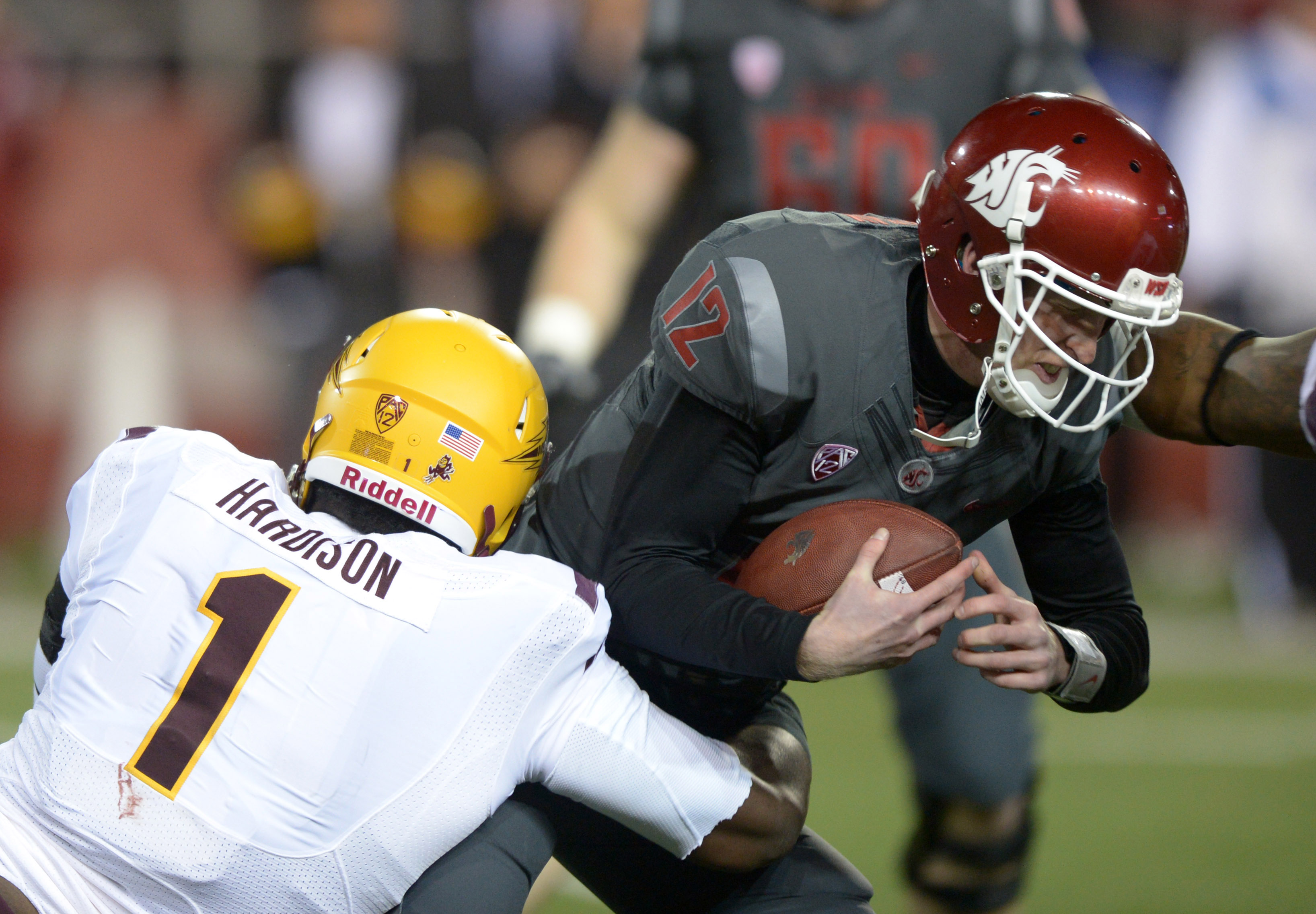 If you’ve heard analysis about ASU’s upcoming football season, you’ve probably heard about the uncertainty on the defensive side of the football.  Replacing nine starters, including standouts like Will Sutton, Carl Bradford, Chris Young, and Alden Darby, will be no small task.

In terms of the defensive line, one man could be the linchpin to the unit’s success: Marcus Hardison.  The highly sought-after junior college recruit saw action in 13 games last year, but because of the team’s depth, did not see consistent action throughout the season.  In his second year with the team, Hardison is embracing his role as a leader along the line.  He joined Brad Cesmat on Thursday to talk about his new role.

“Its 11 guys on defense, it’s not just me alone, but I do play a big role in the front seven.  Us (defensive linemen), and the linebackers, make a big impact on the field, so it starts with us up front,” Hardison said.

Hardison came to ASU from Dodge City Community College in Kansas.  According to ESPN, he was the fifth best junior college recruit in the country in 2013.  Hardison’s transition from junior college to the Pac-12 was not only difficult in terms of the competition, but the attention to detail by his own coaches.

“(In junior college), we had coaches, but it was just the fact I wasn’t being taught the way I am taught now at ASU,” Hardison said. “It’s like I started all the way over when I got here.  I really became a player of the game.”

ASU Head Football Coach Todd Graham told Cesmat in Camp Tontozona that Hardison was one of the first players he was trying to stretch and push to the limits.  That extra attention was something Hardison had to learn to embrace.

“To be honest, last year I didn’t like it.  Last year was a strain.  It was something I wasn’t used to, Coach getting on you,” Hardison said. “This year I’ve been looking forward to that because it gets more out of me so I can work harder.”

Hardison has made sure that attitude and motivation trickles down throughout the entire defense.

“That’s part of life.  Everybody could strain once in a while.  When you get strained, you get better.”