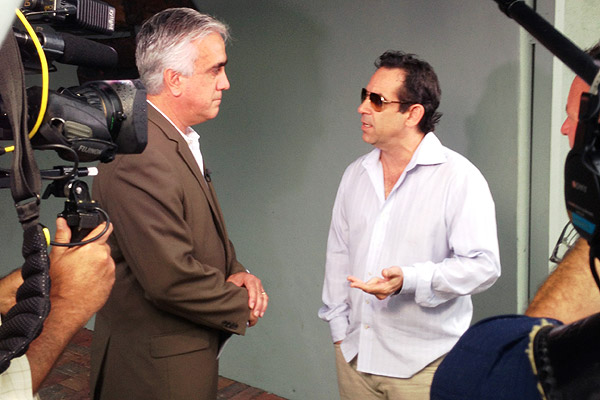 Exactly one year after Major League Baseball nailed Alex Rodriguez and several others in the Biogenesis scandal, the clinic’s founder turned himself in to authorities early Tuesday morning in Florida as part of “Operation Strikeout.” The 50-year-old is hoping to avoid jail time by pleading guilty to distributing steroids between 2008-2012.

“In the back of his mind he knew this day was coming,” Valley resident and ESPN MLB insider Pedro Gomez told Sports360AZ.com’s Brad Cesmat. “He was trying to avoid it all costs which is why he began cooperating so much with Major League Baseball as well as the federal government.”

Gomez, who has developed a relationship with the man whose “cocktails” have benefitted several players over the years, believes Bosch isn’t a bad person at heart.

Gomez expressed times when the two would speak off-camera and Bosch would ask why providing these athletes steroids was so wrong. His response was quite simple.

Bosch’s trickle-down effect was evident as parents would bring their high school student-athletes in with the hopes of increasing their on-field production with his help. Serving these minors, even with the parent’s consent, is a reason Gomez believes Bosch could still serve minimal jail time when the dust finally settles.

One thing is for certain.

Gomez expects to see more players busted for their involvement with Bosch in the coming days.

“I would say within the next 24-48 hours…when the depositions are released to the public, we’re going to see some more significant names.”