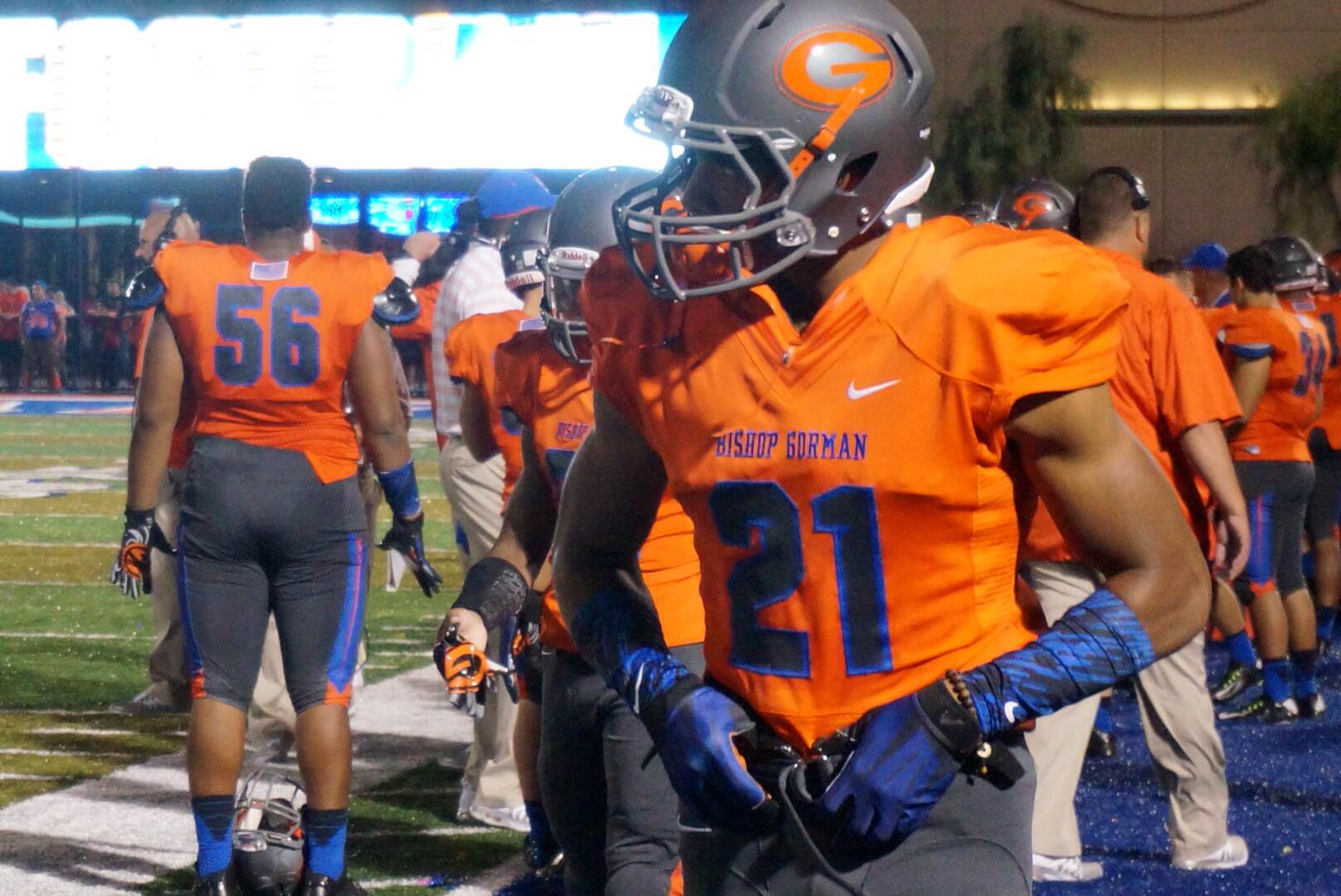 While Bishop Gorman dismantled Brophy last night to the tune of 44-0, a seemingly disinterested Mountain Pointe looked on from the stands, leaving in the third quarter to prepare for tonight’s game against the Reed Thunderbirds. Many onlookers were wondering aloud why the Sollenberger Classic, which used to match up the AIA and NIAA state champions, has seemingly turned into an invitational where the best teams from the prior season avoid each other. After the game I had an opportunity to speak with several of Bishop Gorman’s players, and most expressed disappointment that they wouldn’t get a chance to avenge last years loss to the Pride. Two players in particular, Cordell Broadus (son of Snoop Dogg and uncommitted 4 star WR), and Alize Jones (a UCLA commit and the #1 rated TE in the country), are counting on Reed to do what they were unable to do last year. “Mountain Pointe beat us last year, we have to support Reed,” Jones said.

That might not be an easy task, as Reed graduated 72 of the 89 touchdowns scored on offense in 2013, and Mountain Pointe boasts some of the same playmakers, namely Paul Lucas, that helped achieve the 28-21 Pride win over the Gaels in 2013.
When reminded of that, Cordell Broadus didn’t flinch. “Reed, all the way,” he said.
Bishop Gorman could be headed for a sixth straight state championship, but a third-ever undefeated season will be a tall task as they play their next five games against highly ranked out of state opponents. Gorman’s only seaon losses since 2008 have all come at the hands of opponents from outside Nevada, with Brophy, Hamilton and Mountain Pointe accounting for three of their losses.
Share Tweet Share
footballhigh schoolMountain PointeSollenberger Classic