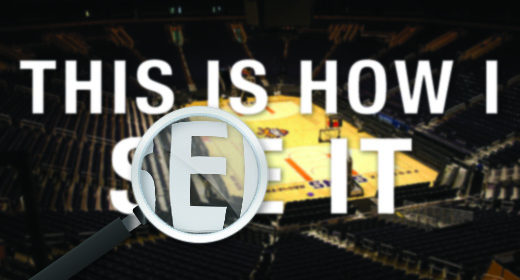 In the end it simply wasn’t meant to be.

My pitch, ok plea, was honest and direct but you put your priorities back in-line Lebron James and for it I cannot fault you. You have unfinished business in Cleveland.

As do the Phoenix Suns who must feel like the kid who entered the candy store with a wad full of their parent’s money and left with nothing more than a sweet tooth.

Now it’s important to remember the ugly cavity left behind by a rock-bottom finish just two years ago. Ryan McDonough and Jeff Hornacek have cemented and filled the decay but nothing can be taken for granted in a loaded Western Conference and let’s be honest, right now, the Suns are not a better team than the one which won 48 games a year ago.

Channing Frye was a pivotal piece for this club spreading the floor with his outside shooting but in no way is he worth the four-year, $32 million deal he got from Orlando. Not from the Suns, at least.

Which leads to restricted free-agent Eric Bledsoe. In a perfect, and unlikely, world the Suns re-sign Bledsoe this summer and Goran Dragic next.

Without James and the right pieces around him Phoenix is playoff contender but far from a championship one.

The buzz around the Suns’ slim chances of crowning The King helped push the organization back to the national summer mainstream but in the end it doesn’t matter because the ultimate prize didn’t pick the desert.

With that said please don’t get caught up in the frenzy.

We all remember the Josh Childress $33 million mistake.

They are courting Sacramento Kings restricted free-agent Isaiah Thomas possibly as a stop-gap if Bledsoe isn’t brought back. The 5’9 scorer could also be a part of a three-guard rotation and obviously he’s a significant upgrade over Ish Smith but at what cost?

There was interest in Spencer Hawes and Gordon Hayward who Hornacek mentored in Utah. Both of those players are off the table. A guy like Ryan Anderson, a shooting big, makes sense and could be had in a deal with the New Orleans Pelicans who are looking to shed salary.

Next summer Kevin Love (if he doesn’t end up with Lebron), Marc Gasol, Klay Thompson, DeAndre Jordan and others could make the candy store a much happier trip the second time around.

How Thibodeau Firing in Chicago Could Impact the Suns