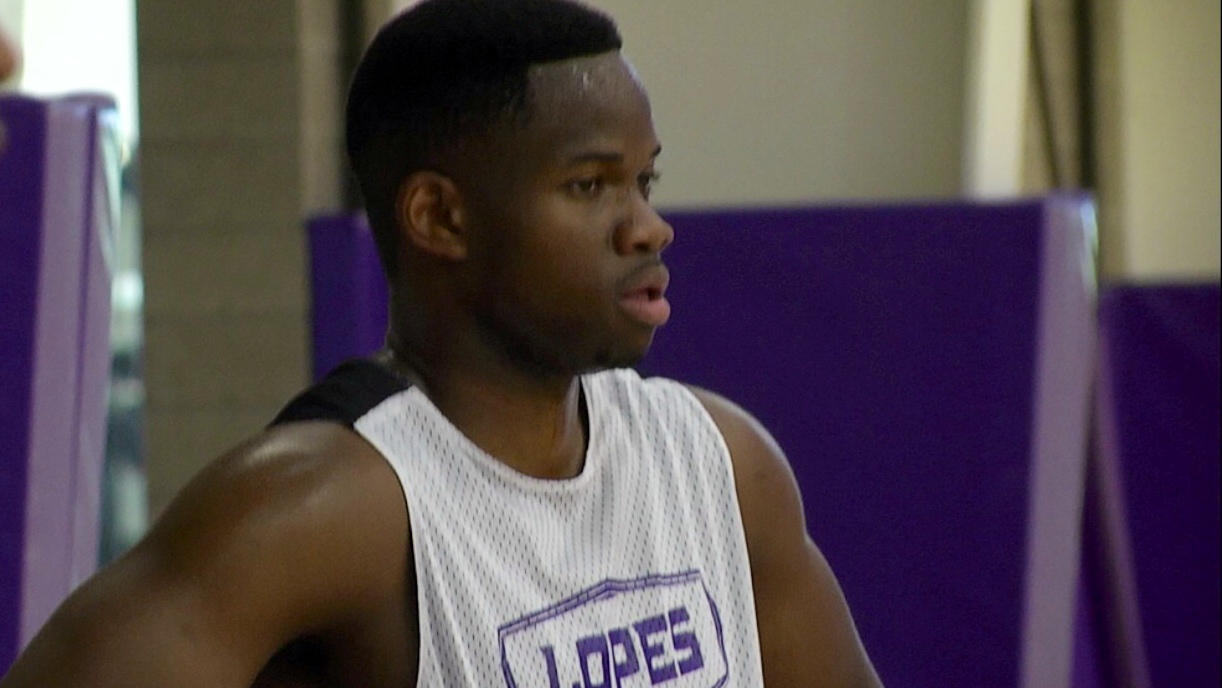 There have been a lot of changes over at Grand Canyon University over the last several years. Arenas, coaching changes, new levels of play. But one thing that has remained constant for coming up on four years now, Jerome Garrison is a member of the ‘Lopes basketball team.

“It is kind of crazy to say that I am a senior now,” Garrison said. “It feels like yesterday when I first got here but it’s been fun. There is a little bit more responsibility now with me being one of the few seniors on the team. It’s not even that much more responsibility, it’s just leading by example.”

“I think back in high school I was like 170 pounds before I left to go to college,” Garrison joked. “Right when the season ended, I went straight to the weight room like the next day. I have just been going really hard. I am in the weight room two to three times a day.  Playing some of the teams last year, I felt like I was getting hit but couldn’t finish. So this year I want to make sure that I can finish and this time go through people instead of falling over.”

His drive in the weight room could very well have been a result of his first experience at the division I level last season. He mentioned not feeling as strong when he drove to the hole but also believes that with this team, he needed to bulk up and get stronger to play more of a defined role with the team.

“Definitely trying to stick to just the two and three,” Garrison explained. “So I can guard the bigger guards and dominate the smaller guards. So that’s really what it’s about. Just trying to come back bigger than everyone else!”

“When you’re bigger, faster and stronger, you end up better,” he added.

Better is what both Garrison and the ‘Lopes expect to be after a first year in the WAC Conference that for many exceeded expectations. Out of the three Garrison mentions he has played to this point, he says last year was his favorite and is eager to see how the team builds off of it.

“Last year was definitely one of my favorite seasons here at GCU for a lot of reasons,” he mentioned. “A lot of adversity, having a lot of different adventures and playing different teams. We were playing in arenas every night unlike our first two years when you were playing in gyms. It was definitely a different atmosphere. I am especially excited for next year with the arena renovation and everything it’s going to be even crazier so I am just really excited and I can’t wait to play with these guys.”

Dan Majerle “ecstatic” when looking ahead to Postseason CIT and beyond