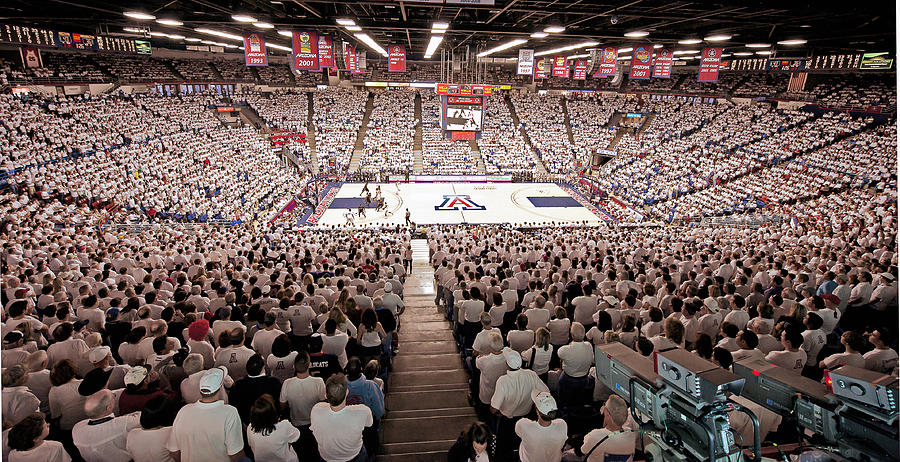 Change is the ultimate game-changer in college athletics, even for a historical landmark like the McKale Center in Tucson where winning has become as expected as hot summers in Tucson for the greater part of 40 years.

This summer the building where Sean Miller’s Arizona Wildcats went unbeaten last season is getting a facelift as UofA continues to upgrade their athletic facilities both on and off-campus.

“When you walk inside the bowl of McKale it will look like a brand new arena,” UofA Vice President for Athletics Greg Byrne told Sports360AZ.com’s Brad Cesmat in a recent phone interview. “We’ve had some very generous donors who are making these things happen for us.”

Byrne said the $30 million raised for the project has been spent wisely and the end result will make a “tremendous impact” on the Cats’ basketball, volleyball and gymnastics programs-all who call the McKale Center home.

The trickle-down effect will also impact the overall fan experience, something Byrne believes is crucial in today’s sports and economic societies. UofA fans benefit from easier access to concession stands and restrooms inside the arena.

The process according to Byrne has been smooth with exception of “little issues which pop up” and are expected to have the lower bowl ready for volleyball season with the first home match coming up on September 5th against Alabama State and Loyola Chicago.

“I tell our coaches all the time, if we’re going to keep score we might as well try to win,” Byrne explained to Cesmat. “I think Arizona is a place you can win in a lot of things. We have historically and I think we will in the future.”