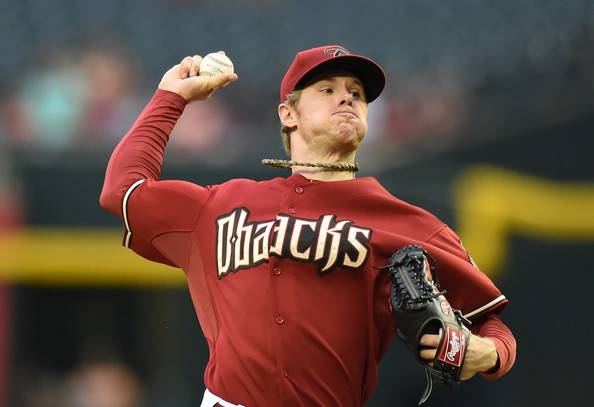 The Arizona Diamondbacks have been searching for one to call their own for quite some time.

They finally may have found what they are looking for.

One of the bigger issues the Dbacks have had since the birth of franchise in the late 1990’s has been developing and keeping talented, young starting pitching. Outside of former Cy Young Award winner Brandon Webb and, to a certain degree, current rotation member Wade Miley the majority of the success on the hill has come from other organizations. Names like Randy Johnson, Curt Schilling and Ian Kennedy all came to the desert via free-agency or trade.

Rookie right-hander Chase Anderson is trying to change that trend.

The 26-year-old improved to 5-0 last weekend with an ERA of barely three. He’s been getting it done in large part due to his pitch location.

“What I’ve seen from Chase Anderson and what I think’s really impressed me is his ability to keep his fastball out of the middle of the plate,” Diamondbacks television analyst Bob Brenly told Sports360AZ.com in a recent phone interview. “He keeps his fastball at knee-level across the bottom of the [strike] zone and on the corners.”

Just want to thank everyone for ur kind words and support here on twitter! Means a lot to me. #BestFans #GreatTeamWin! #PraisetheLord!

Brenly said Anderson also “pitches to contact” and is able to keep his pitch count low by baiting hitters into swinging at when they believe are good pitches but the common result has been easy outs.

“He rarely makes mistakes over the middle of the plate where they get hit hard,” he told Sports360AZ.com.

The six-foot, 190-pound Texas native who played junior college ball at North Central (TX) before transferring to the University of Oklahoma was a ninth-round pick of the Diamondbacks in 2009.