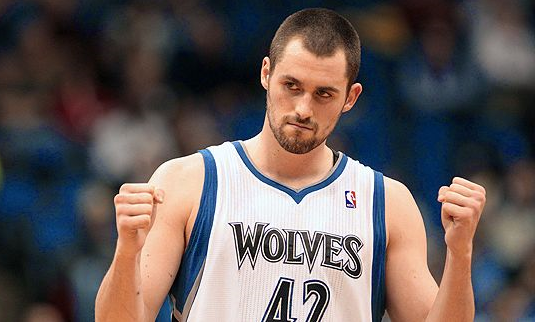 The Phoenix Suns are hoping to turn U.S. Airways Center into the Love Shack.

Problem is several other teams around the NBA are also trying to woo free-agent-to-be Kevin Love to be their new tenant.

In many ways Phoenix is hoping history repeats itself similar to the way it did in 2004 when they landed free-agent point guard Steve Nash who helped guide the franchise to nearly a decade of consistent success.

Another free-agent who excelled in Phoenix believe landing Love could have the same effect, even in a Western Conference loaded with talent.

“You certainly would want to pursue him,” NBA on TNT and NBA TV analyst Grant Hill told Sports360AZ.com in a phone interview Wednesday. “Try to sell him on the idea of coming to Phoenix. He could really help take this franchise, maybe similar to the way Nash did. There are certainly some pieces in place that are really good and you add him to the mix and there’s a chance to all of a sudden to maybe propel yourself to an elite status as a franchise.”

Love, a stat-stuffing machine who averaged 26 points, 12.5 rebounds and 4.4 assists last season, has said he has no intention of re-signing with the Minnesota Timberwolves if it gets to that point after his deal expires in 2015. Trade rumors have already begun with the Wolves and several teams, including the Golden State Warriors.

“He’s talented, obviously,” Hill said. “He can shoot the ball. He can score. I think it’s a tough situation for him in Minnesota…maybe for him just a change of scenery is necessary at this point in his career.”

It’s expected to be a busy off-season for the Suns who hold a trio of first-round picks in next week’s draft and will look to re-sign restricted free-agent guard Eric Bledsoe who came over in a three-team deal from the Clippers last July.

Phoenix, which narrowly missed the playoffs last season, will look to build off their 48-34 revival under Jeff Hornacek.