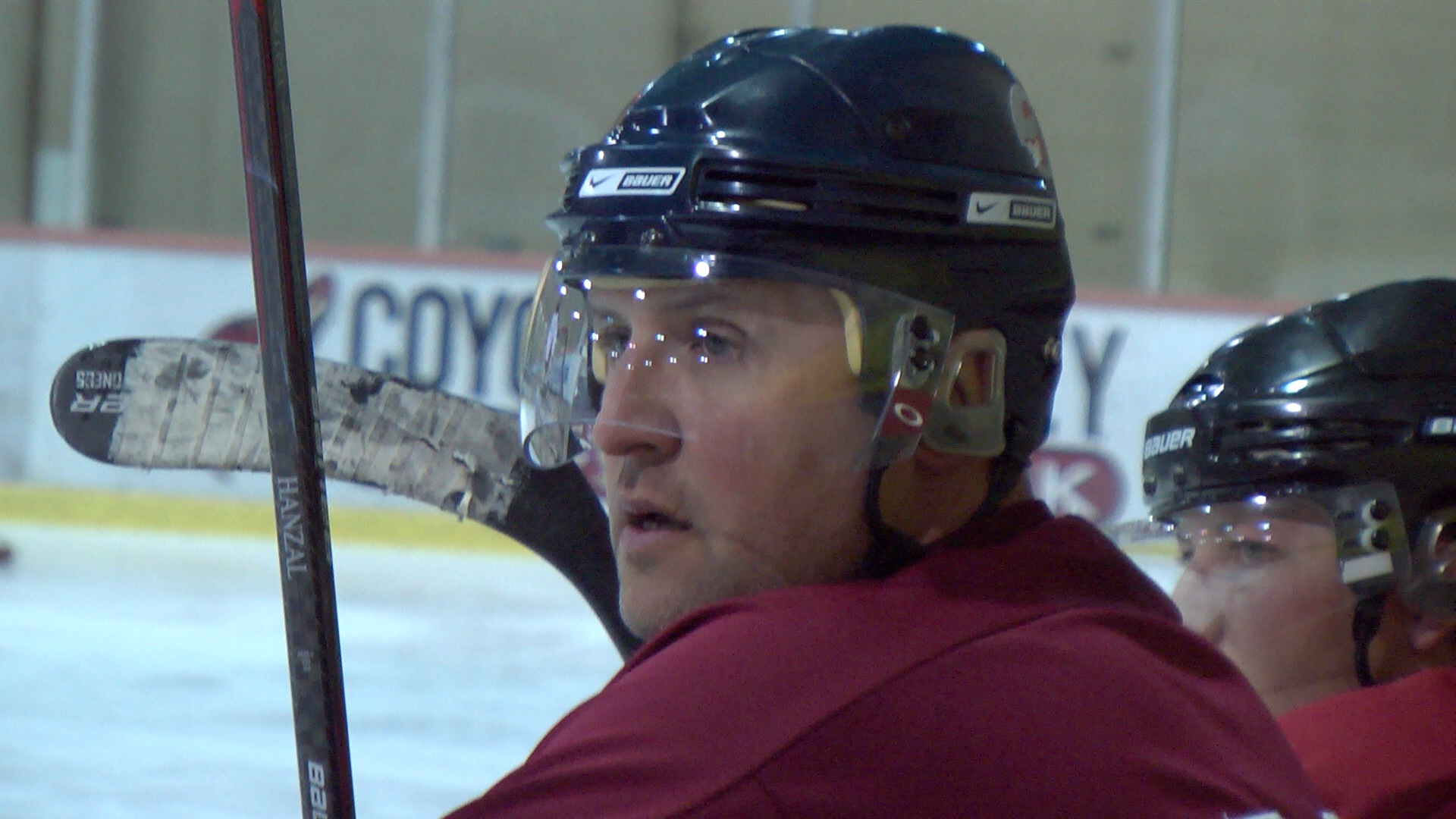 Sitting in the corner among his teammates the 11-year NBA veteran pulls a pair of white tube socks out of his bag.

He pulls one up over his giant foot and exposes the NBA logo which sits just below his left kneecap.

But it’s not the game you’d expect the seven-foot, two-inch giant to be preparing to play.

Long before Ostertag became a high school basketball star just outside Dallas or key member of the Kansas Jayhawks’ 1993 Final Four team he played his games on ice, not wood.

“When I started playing I was about six years old, seven years old,” Ostertag explained to Sports360AZ.com before a recent rec league hockey game at Ice Den Scottsdale. “Obviously, I got too big and started playing baseball and other things and then when I got done playing basketball I wanted something to do…[I] had a buddy who I played golf with a lot and we started going over to this little rink over here and started skating around.”

Instead of taking assist passes from John Stockton as he once did he’s now giving them on the ice a couple of times a week.

His teammates don’t treat him like a former pro athlete who earned close to $50 million during his career mostly with the Utah Jazz, then later the Sacramento Kings. They tease him about his “ski skates,” his lack of mobility on the ice and things which have nothing to do with hockey. The 41 year-old, who has played in various Scottsdale leagues for many years, happily takes it and dishes it out, as well.

Little has changed about Ostertag since he last played in the NBA close to a decade ago. He still must duck passing through doorways so not to hit his head and disrupt his trademark crew-cut hair. His Texas twang remains distinctly thick despite calling the Valley home for the past several years.

One thing which has changed in Ostertag’s opinion is the NBA.

“I don’t watch a whole lot of basketball anymore,” when asked if he was keeping closer tabs on the NBA or Stanley Cup Finals. “The game is played differently than when I played. A lot more fast, up-and-down, above-the-rim. I played with a lot more organized offensive team and that’s how I like to see basketball played. It’s just a sign of the times. It’s just changing.”

Married with kids Ostertag keeps busy hunting and fishing or playing other sports when he’s not on the ice.

“I just love playing around and having a good time.”

He’s proven you can take the kid out of hockey but you can’t take hockey out of the kid.