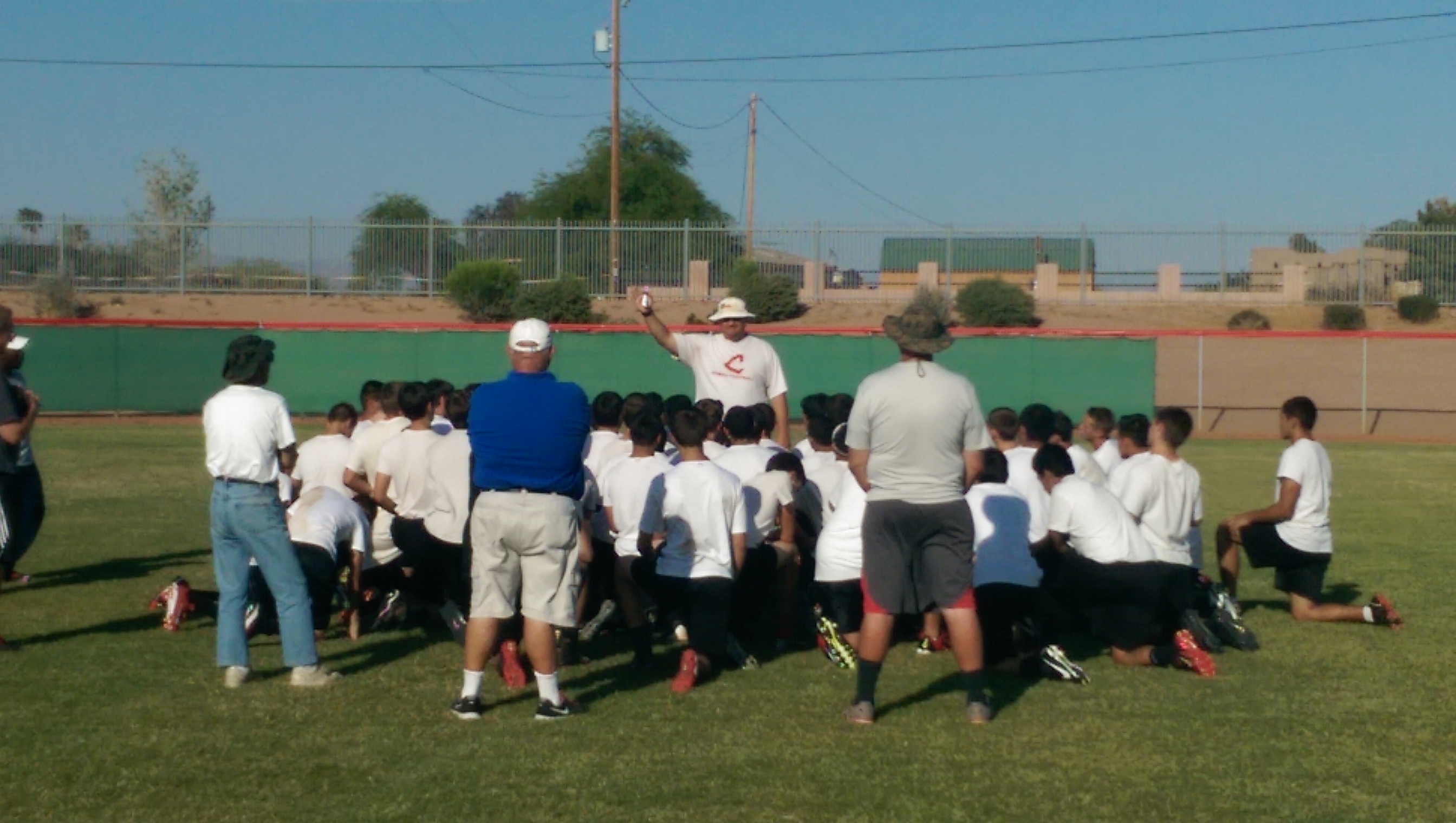 The Combs’ football team entered last season with only one victory in its previous two seasons. Then interim head coach Jesse Hart said before the season that he believed the team had a “chance to change the culture” at the San Tan Valley school. The Coyotes responded with arguably the greatest single season turnaround in the state.

After going 6 – 4, reaching the playoffs for the first time in the school’s history, and being named the school’s official head coach, Hart succeeded in leading a culture change at Combs. He and the Coyotes’ players were excited about entering spring practice with increased expectations.

The players on the team, especially those who are returning from last season, know they won’t be underestimated this season as they may have been last year. They’re anxious to show last season wasn’t a fluke and want to be prepared for their opponent’s best game.

“I feel like we’re doing our work, hitting the weight room as hard as we can,” junior linebacker Todd Goodman-Schweikart said. “We know what it takes to win. We need everyone to keep working hard.”

“We’re not going to sneak up on any team,” Hart added. “Some teams might even have us circled on their schedule.”

As his team neared the end of spring practice Hart said he was pleased with the work and performance of his team so far. His outlook for the upcoming season is a little different than it was last year for a number of reasons, including a year’s experience in his system, offseason training, and increased team speed. The staff and the players appear to be embracing the challenge of building on last season’s remarkable turnaround.

“We had some success (last season),” said Hart. “I’m not saying last year we surprised teams, but they may have been thinking we were the Combs of the past.”

“It’s exciting,” Hart said about the upcoming season. “We’ve had some success and we know what we have to do (for it to continue).”

One gets the idea that the Coyotes don’t want to simply “meet” expectations, they want to exceed them.