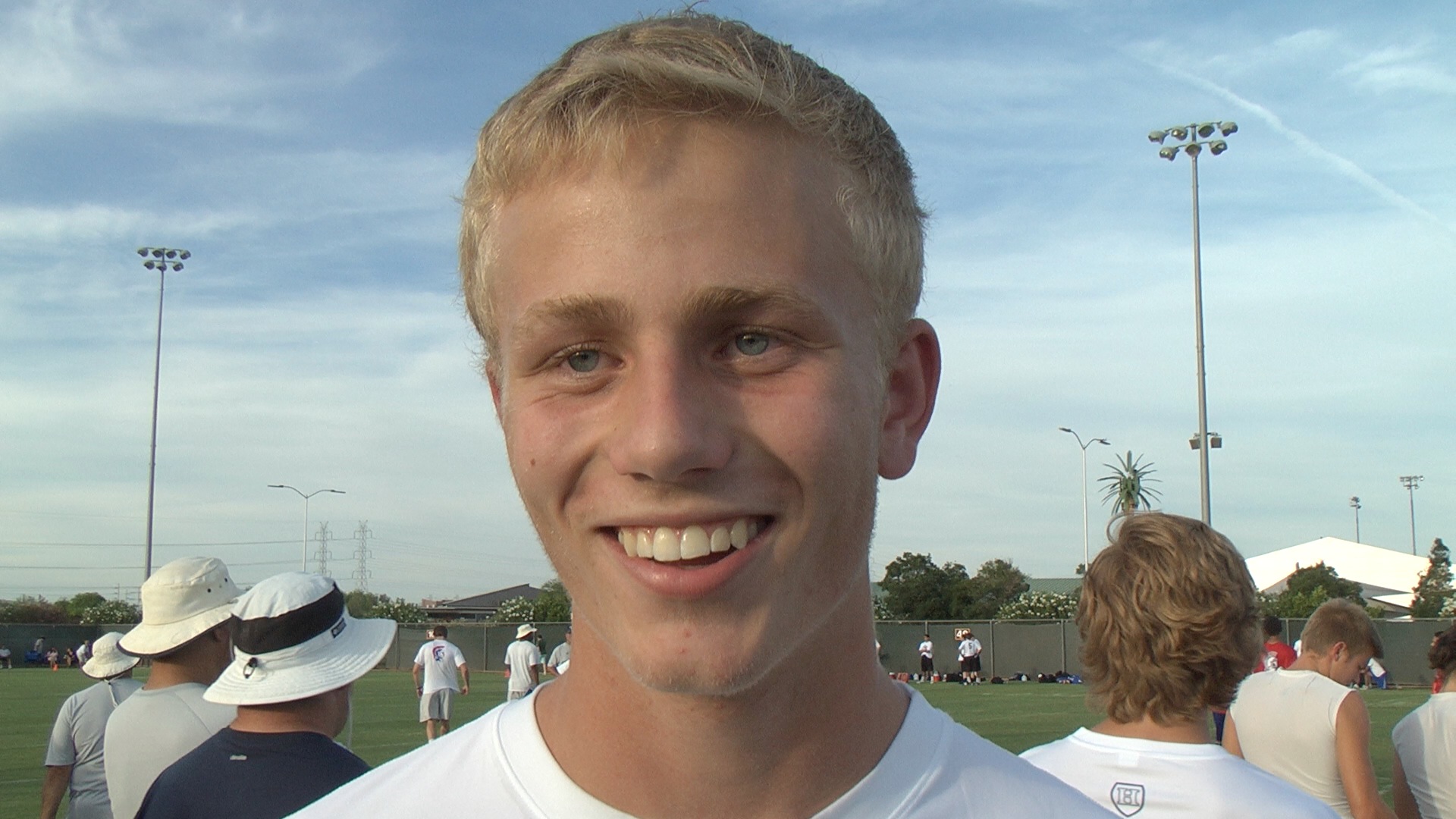 Tyler Bloom shaded his forehead dripping with sweat under the summer heat before taking the shotgun snap and effortlessly launching a 35-yard missile down the near sideline to a Higley High School teammate who caught the perfect spiral in-stride at the goal line.

He’s certainly not the only one.

Word is spreading quickly about this 6’5, 190-pound junior left-hander who could be the next big-time, high-profile East Valley quarterback before his Knights’ career comes to a close in 2016.

Bloom proved during his breakout sophomore season he can beat opponents with his arm (2700 passing yards, 27 touchdown) or his legs (330 yards, five scores) and many believe he hasn’t come close to reaching his full potential.

It’s one of the reasons ASU, UofA, UCLA, USC, BYU, Utah, Utah State, San Diego State and many others have already shown interest in the rising prospect.

He knows there’s plenty of work to be done and it starts this summer where Higley competed with some of the top programs in the state at ASU’s seven-on-seven passing tournament Monday night.

“This summer I really just want to work on the timing with my receivers,” Bloom told Sports360AZ.com. “I want to work on my footwork…picking up the pace a little bit…it’s awesome. I love it.”

Bloom, who took an unofficial visit to ASU last week, will tour UofA Tuesday and has scheduled visits to San Diego State, UCLA and USC later this summer. A member of the LDS Church, he could opt to leave for his two-year mission following graduation but says he still has plenty of time to weigh his post-high school options.

“Right now I still have two years,” he explained to Sports360AZ.com. “I’m still holding back. Holding tight and just waiting for the [right] opportunity.”

Like the teammate he hit in perfect stride on Monday night, Bloom likely won’t miss it.