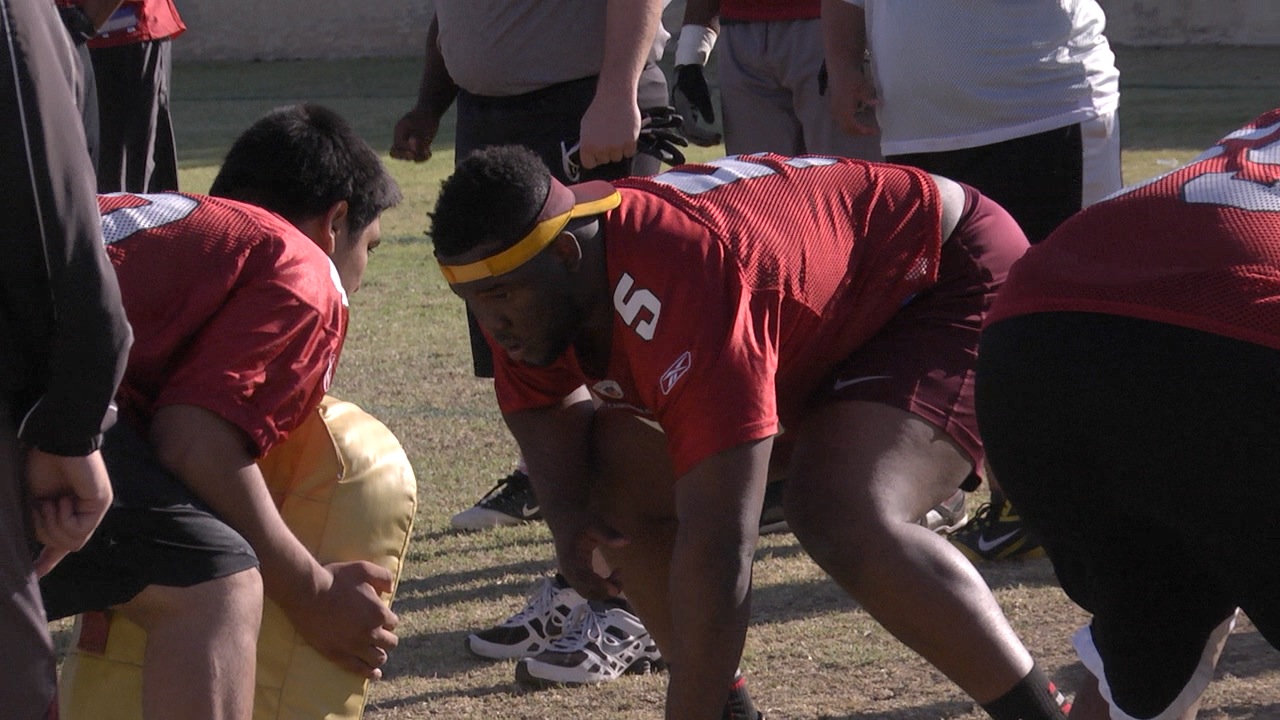 The following players were members of Arizona’s 2014 football class who held offers from Division I programs but will be going the Junior College route to being their careers at the next level according to reliable high school sources.

One of the top prospects of the 2014 class, Mountain Pointe’s Natrell Curtis, did not qualify academically for Oklahoma and has signed with Pima Community college. At Pima he joins Mountain Pointe teammates Charlie Trevino and Timmy Hernandez (who also had an offer from Air Force).

Chandler linebacker JR Hunt had been committed to the Arizona Wildcats but on signing day 2014 was not announced with the rest of the signees. It had been rumored that he was going to take a grey shirt at Arizona. Now the rumor is he did not qualify and will be playing for Arizona Western next season.

Hunt’s teammate at Chandler, wide receiver Dionte Sykes, signed his letter of intent with San Diego State. However, he is yet to qualify. But SDSU wants to keep him close at a JUCO near them.

Signing with Glendale Community College is Valley Vista playmaker Terry Juniel who held an offer from NAU. Also, one time Arizona State commit, running back Nick Brown from Florence who graduated in 2013, has signed to play for GCC.

One of the biggest guys I have ever seen in person at the high school level was Apollo’s Jon Sekona. The offensive lineman had offers from Hawaii and Utah but signed with Arizona Western to begin his play at the next level.

A couple of the top 2014 guys from Tucson going the JUCO route: Salpointe offensive lineman Breeon Auzene has signed with Scottsdale Community College. He had offers from New Mexico State and UTEP. And Buena running back Dominique Drake will be at Mesa Community College.

And in a much different situation than the players listed above. Chaparral defensive lineman Marshall Forrest initially signed to play with Scottsdale Community College, but decided he wanted to play baseball and not football at the next level. So he switched to Phoenix College to play baseball.