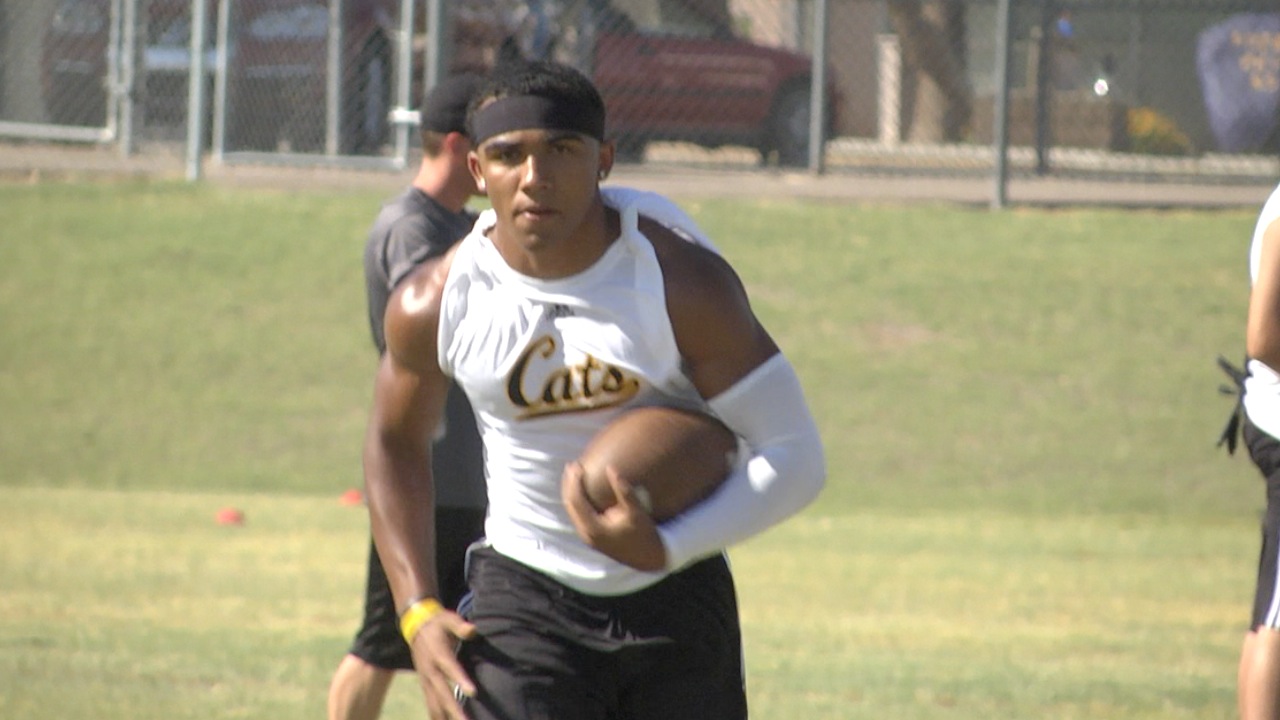 Saguaro senior wide receiver Christian Kirk, the state’s top overall 2015 prospect and one of the most decorated skill players in the country narrowed down his college choices Tuesday afternoon.

Kirk’s list is well-balanced featuring four Pac-12 schools (ASU, USC, UCLA, Stanford) and four from the SEC (Auburn, Tennessee, Georgia, Texas A&M). He has said he plans on graduating early and enrolling next spring at whatever school he chooses. Kirk has received over 40 offers since bursting on the scene a few years ago.

The 5’11, 197-pound playmaker is versatile enough to play all over the field offensively. He has lined up in the backfield, as well returned punts and kicks for the Sabercats. Last season he tallied close to 3,000 total yards and 30 touchdowns leading Saguaro to a Division-III championship in December.

Next season Kirk will catching passes from junior Kare’ Lyles after working exclusively with Cal commit Luke Rubenzer who leaves for Berkley this summer.

Below are some of Kirk’s game hi-lights from their championship run which culminated with a blowout win over Queen Creek in Tucson.