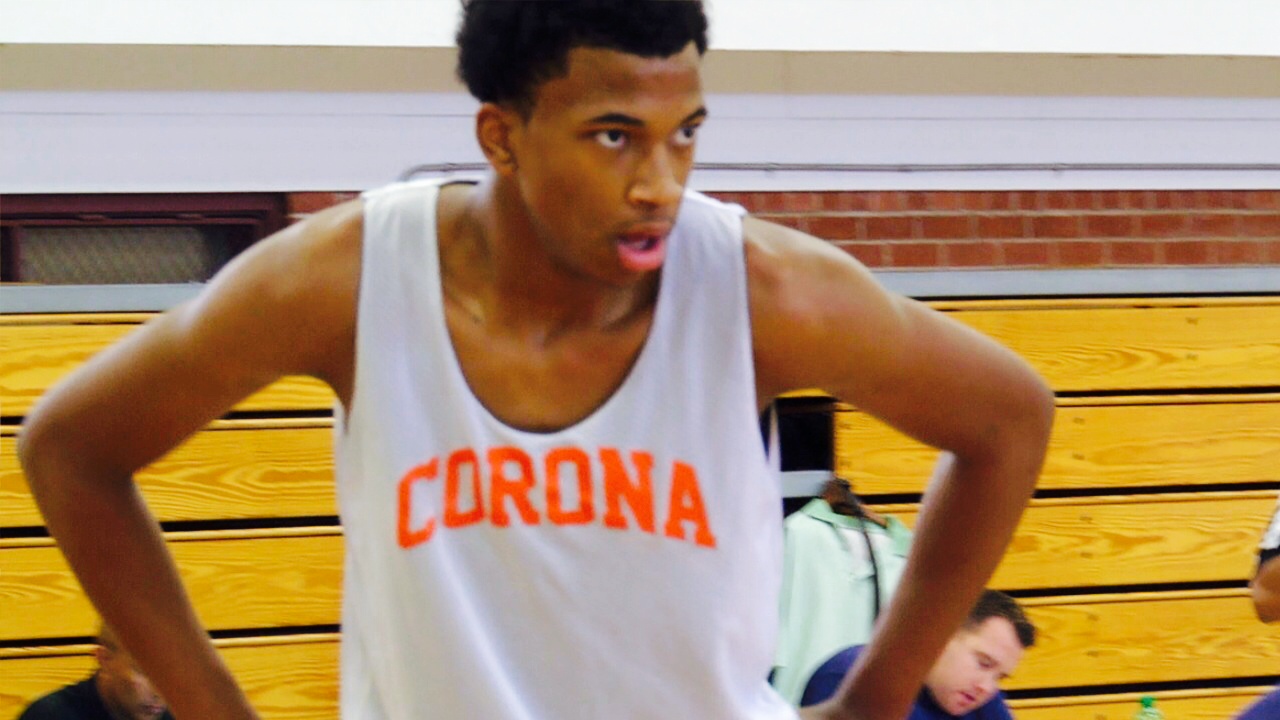 Corona del Sol sees players like Casey Benson and Connor MacDougall graduate and most would think losing players of that caliber would cause for a set back. Well, it turns out that will not be the case.

In addition to returning players like Dane Kuiper, Tyrell Henderson, Isaiah Bolden and sophomore Alex Barcello, the Aztecs bring in the top incoming freshman not just in the state of Arizona, but in the country.

For the first time in high school summer league play, Marvin Bagley III took the floor with the three-time defending champions and the team doesn’t look like it has and will not skip a beat.

“Getting out there playing with the highest competition and getting to play with these guys is real fun,” Bagley said. “I am learning a lot and I think it will be a fun four years for me.”

Bagley is part of a family that is well known around basketball fans in Arizona. His grandfather is former Arizona State great, ‘Jumpin’ Joe Caldwell whom has his number retired in the rafters at Wells Fargo Arena. Bagley says his grandfather has provided plenty of guidance during his development.

“He just tells me to work harder,” Bagley mentioned. “He tells me that there is always someone out there working harder than me all the time so that’s just what motivates me to go to the gym and get workouts in and do my best to get my game to the next level.”

Speaking of next level, they are already showing him quite a bit of attention. Bagley has already received multiple offers which include Arizona State, Creighton, Northern Arizona and the defending national champion UConn. He is ranked by some as the number one 2018 prospect in America. But if you ask Bagley, that stuff isn’t on his radar.

“I don’t think about it too much,” he stated. “I just have to work harder everyday. It’s great that people are noticing me but I can’t get myself caught up in all the extra stuff going on. I’ve just got to keep improving my game and get to where i want to be.”

As for what’s ahead, three of these upcoming four years will consist of Bagley teaming up with a super freshman from last season in Alex Barcello who seemingly got better and better with each passing game. With Benson off to Oregon, Barcello takes over as the point guard going forward. The two could create one of the top one-two punches the state has seen in quite some time in the coming years. In the summer, the two are still learning one another but there are already glimpses of what these two on the floor together expect to become.

As a team, Bagley as mentioned joins a program coming off their third consecutive state championship and he knows the role he will look to step in and provide in order for the Aztecs to play for number four.

“I think I bring a bigger presence inside rebounding,” he explained. “Since Connor’s (MacDougall) gone, I can take his spot and keep running strong.”

ESPN Tweets Thrust Corona’s Bagley Into the National Spotlight, But is That a Good Thing?