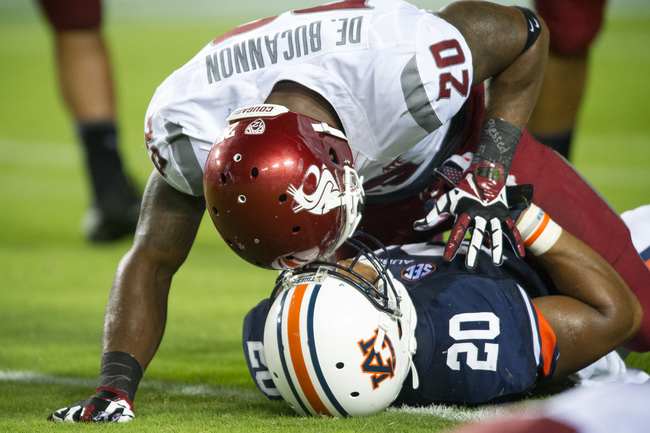 Mike Leach’s track record shows he knows quite a bit about offense.

The Washington State head coach is also certain the Arizona Cardinals defense will be much improved with addition of Leach’s elite safety the past two seasons Deone Bucannon, who the Cards selected with the 27th overall pick Thursday night.

Leach says Bucannon’s passion for the game and drive to improve as a player are two of his biggest strengths.

“He just works constantly,” Leach told Sports360AZ.com’s Brad Cesmat in a phone interview Friday morning. “I’ve actually had to back him off of the weight room during camp and at times of the year when we’re doing quite a bit on the field.”

Leach described Bucannon as a “quiet leader” and a “first-class guy.” He noticed numerous times during games opposing wide receivers scanning the field hoping to avoid a big hit from 6’1, 211-pounder.

Cardinals general manager Steve Keim said Bucannon’s production as a four-year starter at Wazzu, as well as his impressive performance at February’s NFL combine (running a 4.49 40-yard dash, fastest of any safety) helped reaffirm he’d be a perfect fit. He believes Bucannon has some of the same attributes and former Red Birds Pro-Bowl safety Adrian Wilson.

The Cards, who were slotted to draft 20th, traded down with New Orleans taking the Saints first-round pick (who turned out to be Bucannon), as well as this year’s third-round pick (#91 overall).

Bucannon registered 384 tackles over his four-year career, best in the Pac-12 during that span. He also intercepted 15 passes.