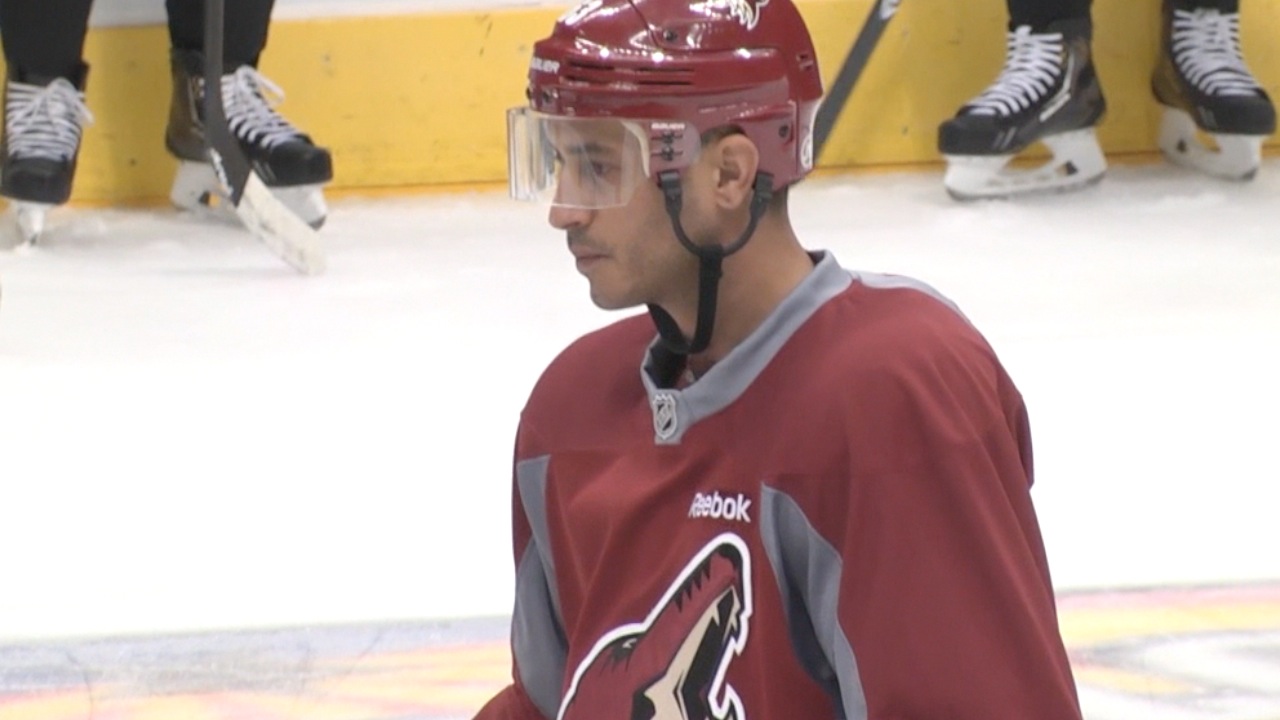 There was a ton of expectations thrusted onto the shoulders of Center Mike Ribeiro after leaving Washington and signing with the Phoenix Coyotes last off-season. He was brought in to score goal and make things happen at a position where the Coyotes just haven’t had a major playmaker at that position even in 2011 when they reached the Western Conference Finals.

Ribeiro got off to a blazing start to the season leading the team in points through November and looked every big of the player they pursued and gave a four year, $22 million deal to.

But then Ribeiro found himself in a slump that he couldn’t get out of. His decline and lack of production directly correlated with the downfall of the Coyotes and he finished the last four or five months of the season with only 47 points after 29 after the first three.

“You come here and you are expected to do something, but then you dont,” said Ribeiro. “It was hard to really grab that and get to that point. I never really got there.”

“This guy can make a play that can have an impact on the game,” added Coyotes Head Coach Dave Tippett. “That best stretch he had back in November back when he had 12 points or so in eight or nine games…those were the things that I expect but I expected them for a whole season. Not for part of a season.”

Tippett went as far as making him a healthy scratch for a few games down the home stretch of the season while the Coyotes were still very much alive in the playoff hunt. The message was received by Ribeiro but he was still unable to elevate the game enough to have an impact to get the team into the postseason.

“That’s something that we are really going to have to dig into with him,” Tippett stated. “Why the decline? Some of it was as his play dropped off, his minutes dropped off, his effectiveness dropped off. Those are all things that will certainly be looked at.”

“I think if I played just a little better than I did, we would have made the playoffs,” Ribeiro mentioned.

Many different excuses could be made to why this happened with Ribeiro. Maybe expectations were too high, he was moved around to play with many different wingman on different shifts throughout the season which could have been part of him not getting into a rhythm. But Ribeiro just points the finger at himself not being physically and mentally ready.

In the mean time, Ribeiro fully expects to play our the remaining three years of his contract and chooses to be optimistic as the offseason begins.

“It was a really long season for me,” Ribeiro said. “My thing is that is cannot get worse, it can only get better. It’s for me to get ready this summer and then come here and be ready to play.”