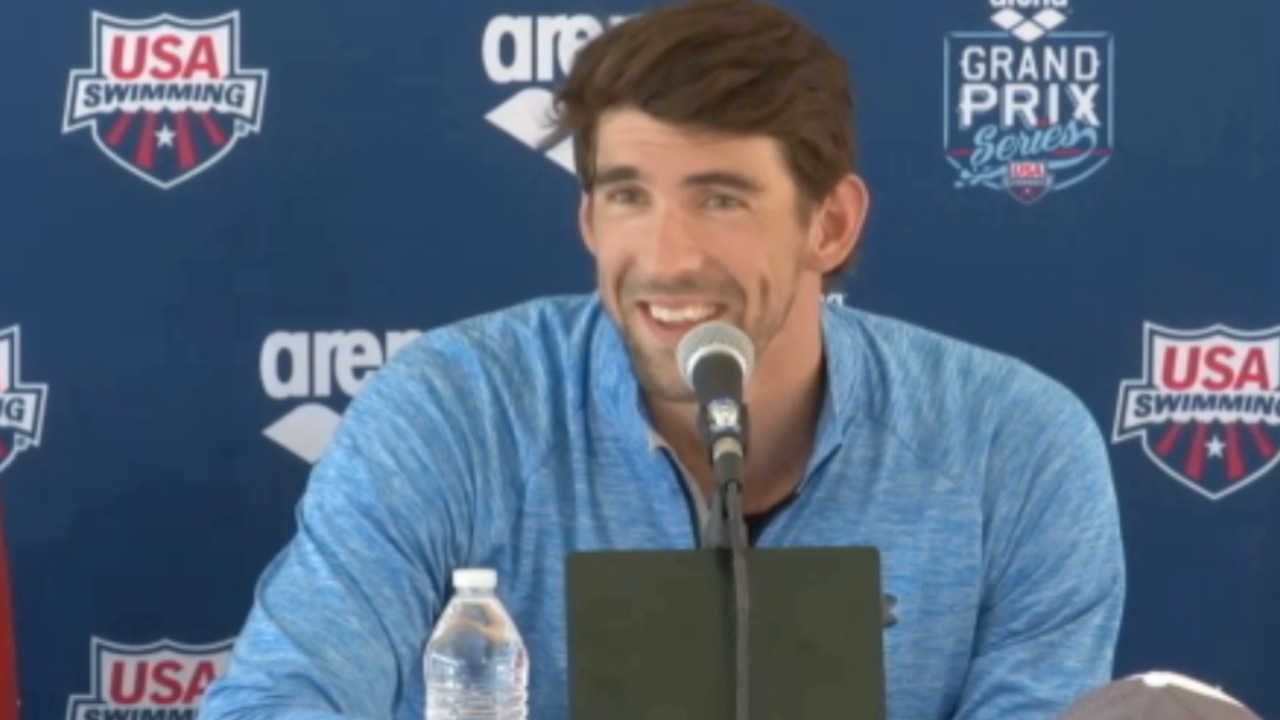 As been the case for a number of years now, one of the main stops for the USA Swimming Grand Prix Series is in Mesa at the Skyline Aquatic Center. Some of the best swimmers from the country come out to the valley to compete in a three day event.

This year with Mesa being the fourth stop in the series, there is an extra buzz. 22-time Olympic Medalist Michael Phelps has announced he is returning to the pool to compete and his first time competing will start on Thursday in Mesa. It will be his first time back in action since the Summer games in London.

“For me really being able to do nothing for a year and a half, two years,” Phelps explained from Mesa on Wednesday when asked what aided in his decision to come back. “I traveled, I played golf, I gained 30 pounds. I had a lot of fun but there was something that I missed.”

Fun is the key word for Phelps in his return. He isn’t putting to much pressure on himself, doesn’t have the goal ahead of him in becoming the most decorated Olympian in history, he is back and just looking to enjoy himself .

“I am looking forward to being back here and visiting with the national team and just being back in this environment,” Phelps explained. “This whole thing is one new thing all over again but I can’t say it enough, I am having fun.”

One might think that Phelps’ exit from being on top would be the best way to go out and the fact that he would come back at this point could create the chance of his last exit from the sport, whenever that may be, to end in disappointment. Phelps does not care and that notion does not even cross his mind.

“I am doing this for me,” he stated. “If I don’t become as successful as you all think I would be or should be and you think it tarnishes my career, then that’s your opinion…I enjoy being in the pool and I enjoy being in the sport of swimming. So I am looking forward to wherever this road takes me and I guess the journey will start tomorrow.”

Phelps mentioned that he has not certain he will be ready or able to compete in the 2016 Olympics in Rio and is just taking each step as it comes. That first step begins in Mesa on Thursday.