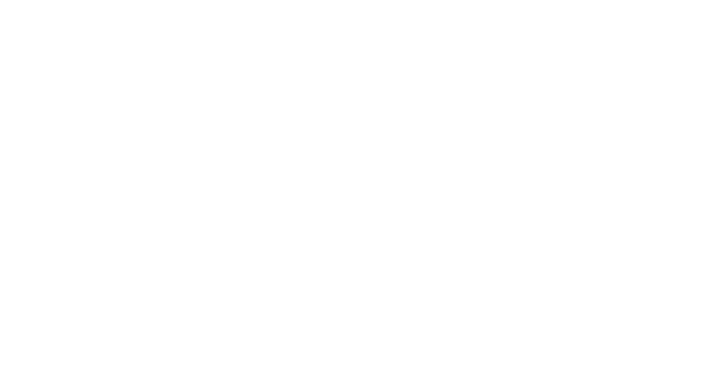 We know what the Arizona Diamondbacks look like presently, but it is hard to keep up with the future because they don’t play here locally. However, most Minor League games are televised and can be viewed using the MiLB.TV package, including all Diamondback affiliates. Whether you can follow the teams or not, I will keep you up to date on what you need to know. Every week we take a look at the Diamondback’s farm system and a closer look at the top 20 prospects here in 2014 and their production throughout the season.

*Notes: Bradley had another strong start as his season at the Triple-A level begins. This time around, he didn’t get the run support around him and took a loss but that was really the only negative. Batters are hitting .175 against him through the two starts. Bradley’s camp was in the news this week after Kevin Towers stated that they don’t want to bring Bradley up with the current environment surrounding the current big league squad. Saying there would be too much pressure on him to turn it around. Ken Rosenthal reported that Bradley’s agent feels this would be the ideal time to call him up because the 21 year-old thrives on the pressure. You don’t like hearing about the negative communication between the two camps. But with the D-Backs rotation as bad as it’s been, Bradley’s numbers in Reno are without a doubt numbered.

*Notes: The former 15th overall pick of the D-Backs in this past draft is currently listed on the 7-day disabled list to start the season but does not expect to be sidelined for long.

*Notes: As mentioned last week, Chris Owings is listed as the organizations number three prospect but since he is up in the bigs, I want to keep an eye on the guy that lost that spot in spring training. Didi is on fire in the first two weeks of the season with five multi-hit games in his last 10 and hitting well over .300. It was the bat of Owings that landed Gregorius in the minors, but he is taking care of business with the bat so far which is good to see.

*Notes: Blair settled in nicely after getting hit around some in his first start. The thing that jumps off the page most with him has to be the strikeouts. 25 in 17.2 innings thus far and comparing that to just 5 walks. He has electric stuff that the Class A Midwest League hitters are not going to be fond of.

*Notes: Not the start that Stryker T envisioned. He has hit safely in five of his first 10 games but only one of those five were multi-hit games. He has 10 strikeouts in the last week, five of which came in one game last Wednesday. He is going to have to be more patient at the plate not just to get out of the slump, but also to possibly draw some walks to get on base. He has just one in the first 10 games.

*Notes: Hillsboro begins their 2014 season on Friday April 13th. Martinez was originally signed by the Diamondbacks as a non-drafted free agent on June 29, 2011

*Notes: Still not the fast start Lamb was hoping to have translate from spending much of Spring Training with the big league squad as a non-roster invitee to the Double-A level. His down numbers however are more a product of his first week of the season than his second. A positive stat you can pull from Lamb already this season that despite his numbers being low to start the year, he is still hitting .286 with RISP so far. That’s what he does best.

*Notes: Drury shot out of the gates with three home runs in just over the first week of the season picking up where he left off being the minor league leader in home runs a season ago. His average took a little dip in the past week as to be expected for a guy that is playing a new level. He has the most explosive bat in the D-Backs system.

*Notes: Lights out week for the heralded reliever from the D-Backs that they acquired in the Ian Kennedy trade. He notched his first save in the process. The biggest thing with Stites is that he does not walk batters which is as good a trait that there is in a pitcher in the back end of the bullpen. He could be someone if this level of play continues, that could jump triple-A at some point contribute to the big league bullpen.

*Notes: While Stites is a guy that could make the jump to the bigs, Barrett is the one who I think will at some point this season. The lights out closer from a year ago is back into shape after having a little hick-up in his first outing, he hasn’t allowed a hit since. Opposing hitters are .182 against him so far this season.

*Notes: Spruill has been knocked around quite a bit in the last week as opponents hit a whopping .429 against him. Spruill is in a weird place as his role as being a reliever or starter going forward is still yet to be set in stone. The organization likes that versatility in him. But he is going to have to start gaining some consistency in relief before he gets back into the rotation in Reno.

Last week: The Arizona Rookie League does not begin until June 20th

*Notes: Sergio was born in 1996. Let that soak in a little bit. He signed with the Diamondbacks out of the Dominican Republic at the age of 16. The organization likes his discipline at the plate as he walked more than he struck out last season in the Rookie League. The strength in his game at this point is defensively.

*Notes: Chafin’s first two starts were almost completely identical which is a great thing. He is freakishly consistent. Gets you at least five to six string innings, minimal walks, four to five strikeouts. He is just all around solid just like he was last season as well for both Visalia and Mobile. He keeps this up and he will be pitching at multiple levels this season as well.

*Notes: Perez is currently listed as active but is yet to make an appearance in 2014 thus far. I will get to the bottom of this. But he has electric stuff. It is just a matter of keeping it under control as he continues to develop. He threw two complete games last season, one of which was achieved in under 100 pitches. The organization loves his ability on the mound.

*Notes: Visalia no longer has Jake Barrett as their closer but are by no means having trouble filling that void with Sherfy closing up shop in the ninth. He has been incredible to begin 2014 with only 1 hit and 2 walks in his 5 relief appearances. His numbers definitely tell you everything you need to know.

*Notes: Gibson has three almost perfect outings sandwiched by 2 really bad ones. The good ones have included at worst a hit and a walk, but the bad once have included far too many of both. He is young and an important left handed arm in the system. We tend to look more toward the positive side and see he has more good outings than bad at this point.

*Notes: Williams is expected to begin the year with South Bend but is yet to make an appearance so far in 2014. Since being selected in the 2nd round of last year’s draft, Justin Williams has been a lightning rod in this organization. He was first placed in the rookie league where he hit .345 with 32 RBI in 37 games. He was then called up to Missoula where he hit .412 with 21 hits 11 games. Ultimately finished his season with South Bend. This guy can be a future star and an important play making left handed bat in the farm system.

*Notes: 12 of Munoz’s 13 hits have all come in the last week. After a slow start, he has been on an absolute tear riding a seven game hitting streak. The organization loves the maturity they saw with him over the course of last season and it looks like he continues to develop and improve immensely as we are off in 2014.

*Notes: As we saw over the course of the last season, things happen when Ahmed gets on base. In the last week we have seen that just a little bit more. We will see his stolen bases start to climb and runs scored begin to soar once he gets into more of a groove but he is so far off to a much better start to the year than in 2013.

*Notes: Great start for Munson in a middle relief role for Reno. As mentioned last week, he just night in and night out gets the job done with as little drama as possible. That is why he has cracked the top 20 prospects and expects to be an important reliever in this organization moving forward.

Top 20 prospect outstanding performer last week: To a non-top 20 prospect player this week. Congrats to Mike Jacobs for appearing in his 1,000th minor league game at first base for Reno this past week.

-Home runs: Brandon Drury, Rudy Flores and Brandon Jacobs (all for Visalia) have 3. 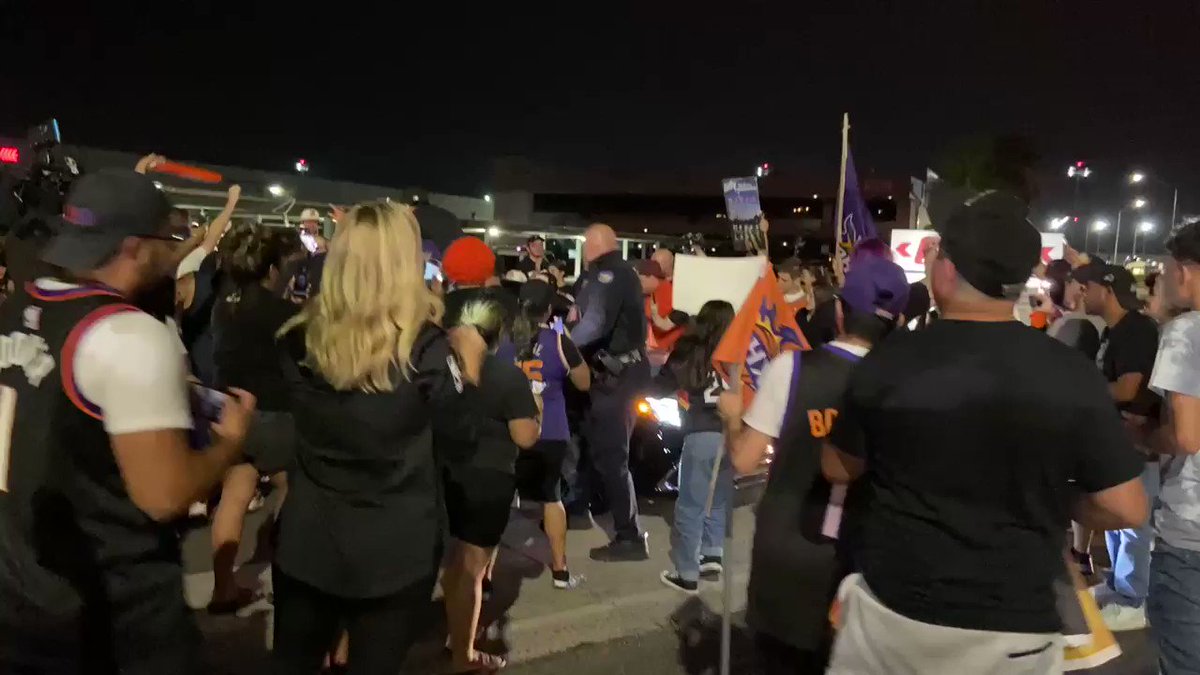 How Engelbert is growing the game ⬇️
https://t.co/d8V7OWGcrM
View on Twitter
4
4

@suns_tutu_fan @spurge_ @Sports360AZ Then come out the woodworks when there winning! To me that’s a flake of a fan. And I see a lot of them here right now.
View on Twitter
0
0

@suns_tutu_fan @spurge_ @Sports360AZ Some guy was on me bcuz I was wearing a Lakers shirt in the gym and I asked him to name a player from the team 5 yrs ago and he couldn’t and I named a few and I’m not even a Suns fan. That’s what I’m talking about you can’t claim to be a fan when you were MIA during the struggle
View on Twitter
0
0