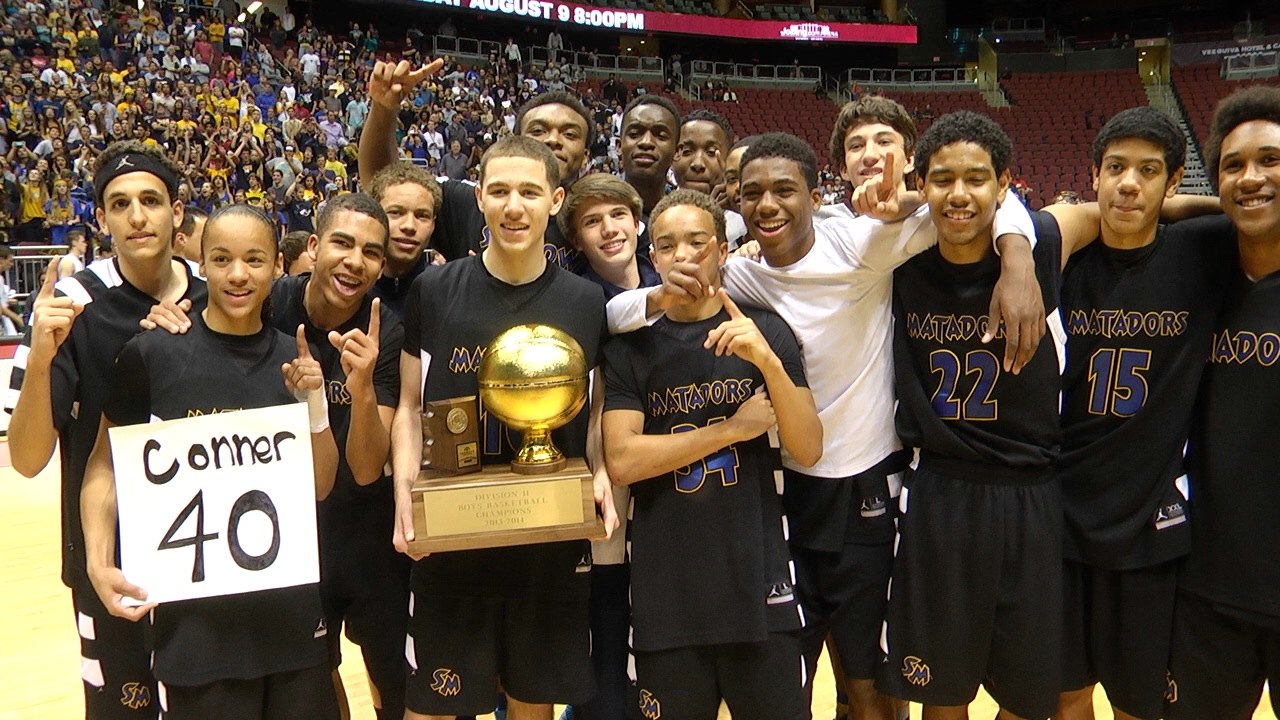 It’s not where you’re ranked at the beginning of the year, it’s where you finish in the end.

Saturday morning in Glendale the Seton Catholic girl’s put an exclamation point on a near perfect season as the top-seeded Sentinels shook off some early rust and slugged out a 37-30 win over third-seeded Cienega to claim the Girl’s Division-II championship.

“We talked at halftime about what we want to accomplish as a team,” teary-eyed Sentinel head coach Karen Self said after the win. “I thought the girls were very mentally focused in the third quarter and I think we were able to get the lid off the basket a little bit. I think that fired us up a lot.”

The top-seed, who trailed by two at halftime held Cienega scoreless in the third quarter, outscoring the Bobcats 10-0 and setting the tone for the remainder of the game. Both teams struggled from the floor. Cienega shot 21.3% for the game, while Seton didn’t fare much better at 32.5%. Senior Julia Barcello paced the Sentinels with 10 points, 10 rebounds, five blocks and four steals. 6’1 freshman LeeAnne Wirth also hit double-figures with 10.

Things weren’t nearly as tight in the Boy’s Division-II title game as eight-seeded Shadow Mountain raced out to a 20-point halftime lead and cruised to an 83-58 win over third-seeded Flagstaff.

One of the few bright spots for the Eagles was when Bailey Stephens banked in a three-pointer near mid-court at the end of the first quarter to cut the lead to six but Flag had no answer for Shadow’s trio of super sophomores Mike Bibby, Jr., J.J. Rhymes and Carlos Johnson. Bibby led all scorers with 27, Johnson added 26.

The Matadors used their athleticism to create excellent opportunities both in transition and in their half-court offense.

Mike Bibby Sr., who was a player on the last Shadow Mountain state championship took over head coaching duties Saturday as the legendary Jerry Connor was in Show Low after his nephew passed away.

It was a special father-son moment after the game as the Bibby’s celebrated with the big gold ball.

“It means everything, especially since he’s my dad,” the younger Bibby said. “It’s way better than any other championship I received.”

As for pops, it was mission accomplished for his talented, young team.

“It was a goal that we planned on at the beginning of the season,” he explained. “I think we had the toughest route [in the playoffs] to get here. Guys overcame it. They played hard. I’m happy for them.”