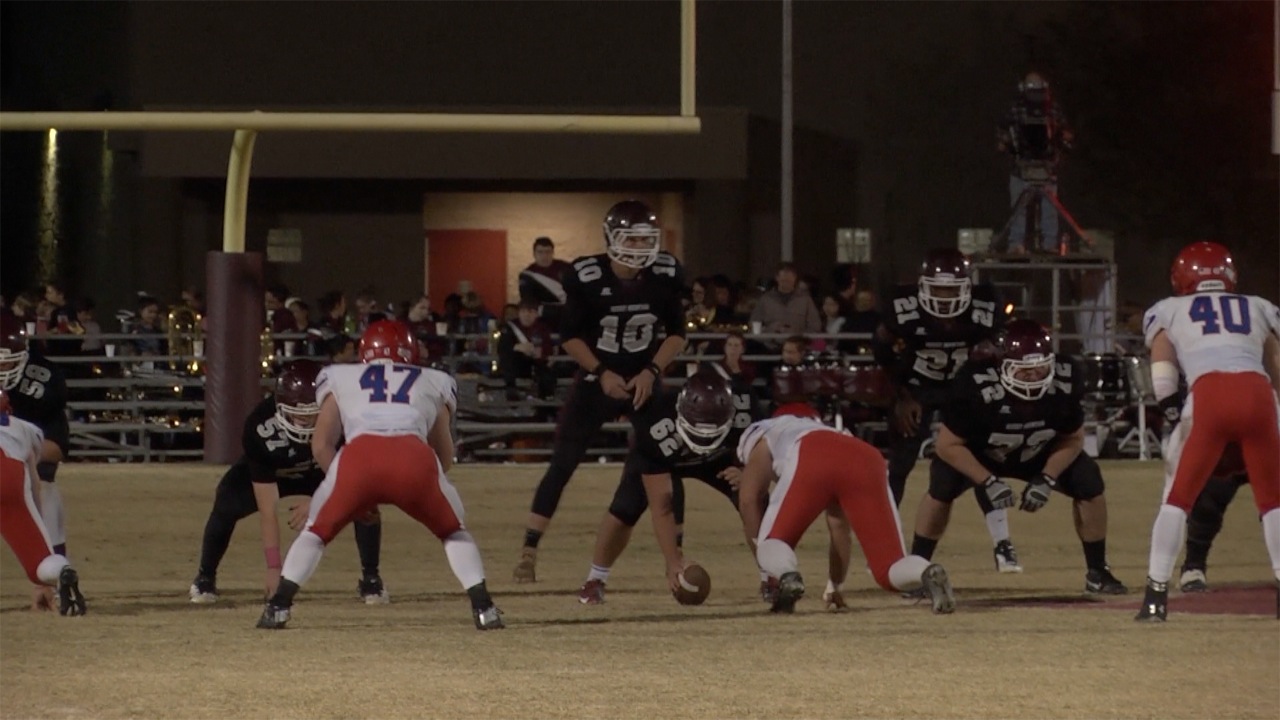 This time of year most high school seniors are getting fitted for their prom tuxedos.

No, the former Scottsdale Desert Mountain High star and top-rated 2014 quarterback in many ways isn’t your typical teenager. He graduated early and is already on campus in College Station, hopefully preparing to step into the vacancy behind center left by a guy named Johnny Manziel who is off to the NFL.

Allen, as he always has, is taking it all in stride. On the field and off, few things have rattled the polite, down-to-earth Scottsdale kid with a strong arm and maybe even stronger grasp of the position he plays.

“Kyle Allen is special,” renowned quarterback coach and ESPN analyst George Whitfield explained to Sports360AZ.com from the NFL scouting Combine in Indianapolis last month. “Mentally quick. I mean, from the neck up that guy’s advanced.”

Whitfield worked with Allen at the prestigious Elite 11 quarterback camp last summer in Beaverton, Oregon where he wowed staff members with his smooth throwing motion, sound mechanics and overall consistency.

The 6’3, 205-pounder isn’t sure where he falls on the depth chart at this point but has been impressive in spring workouts showing off his accuracy and arm strength in 11-on-11 drills.

“I certainly think he’s around the right people to aid that,” explained the Whitfield Athletix founder who has also trained Ben Roethlisberger, Cam Newton, Andrew Luck and Manziel among others. “Ya know, A&M it’s a talented staff. Of all the head coaches that are out there you have to look at what Coach [Kevin] Sumlin has done with quarterbacks. If Kyle should win that job…they will wrap a system around him that he can succeed in.”

Allen, who threw for over 8,000 yards and 86 touchdowns during his varsity prep career with the Wolves, chose A&M over UCLA, Ohio State, Oklahoma State and Notre Dame last June.