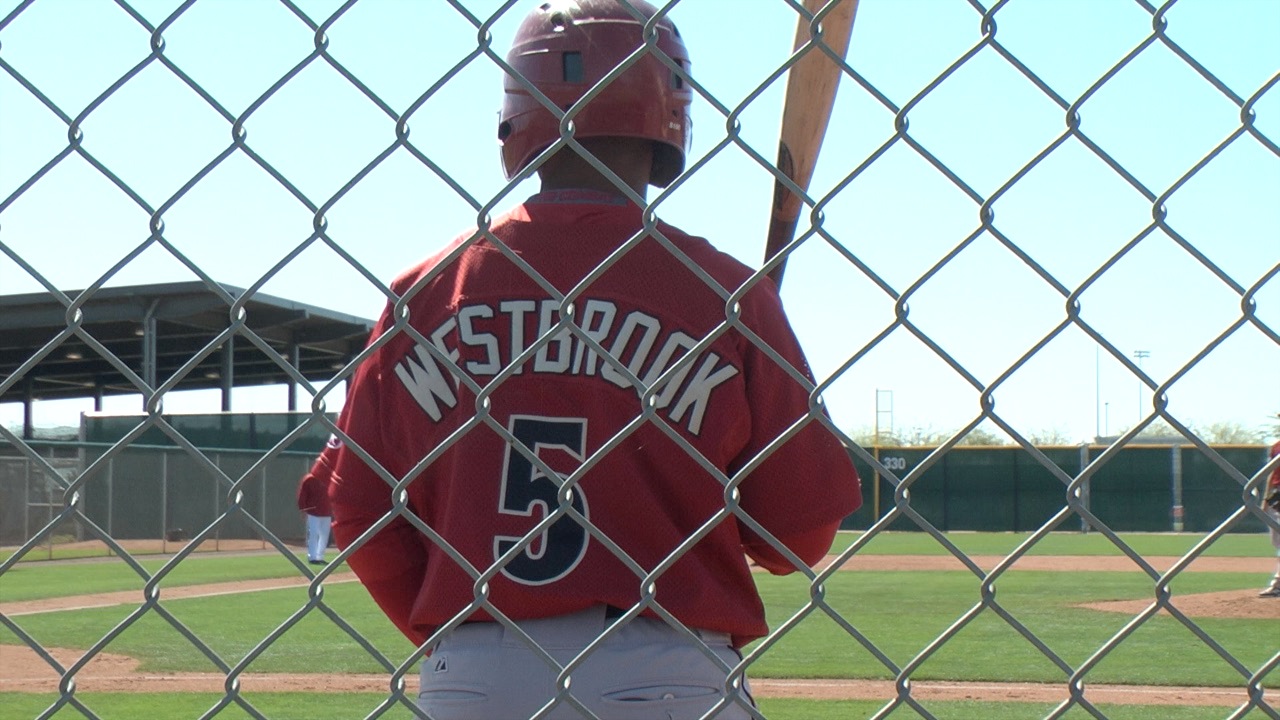 Not even a year ago, Jamie Westbrook walked across the stage at Basha High School as a high school graduate. Fast forward to today, he participating in his first spring training as a member of the Arizona Diamondbacks organization.

Westbrook is already living the adult life at the ripe old age of 18. Dealing with rush our traffic driving home from work, living away from home in a hotel room. All has been an adjustment, but all worth chasing something he has chased his whole life.

“It’s fun to come to the field everyday and chase your dream,” Westbrook said after a minor league game at Salt River Fields at Talking Stick. “I’ve grown up a lot in a couple months. It’s weird. I almost graduated a year ago so it’s been crazy to see how far I’ve come since the draft and I’m just happy to be playing ball.”

Though Westbrook is new to the Diamondbacks organization after being selected in the fifth round, 150th overall in this past Major League Baseball Draft. But he is familiar with the organization maybe more so than most whom are new to the organization. He played with the Diamondbacks scout team for two years in high school so he knew his way around the facilities and how it felt to wear the uniform. But that doesn’t make wearing that pro uniform any less exciting for him.

“Im from here so it was comfortable putting the jersey on,” Westbrook explained. “But it still an honor to be a Diamondback.”

One of the biggest adjustments for any player making the jump to the pro ranks is going from a metal bat to a wood one. In the year 2014, there are many leagues available for amateurs to play with wood bats but it’s not for everyone. Westbrook did have that opportunity before turning pro but still acknowledges how big an adjustment it is. And his biggest reason might make you laugh.

“Another thing is paying for your own bats when you break them,” he joked. “You care a little more because a metal bat isn’t going to break. So that’s one funny thing you have to get used to.”

While competing at the minor league level, Westbrook also has the opportunity to interact and play with big league level ball players who come down to get extra at-bats and rehab injuries. Two of which, Eric Chavez and Cody Ross, were present playing with Westbrook in games this week.

“When those guys come in they want to get their work in so you just want to stay out of their way, “ Westbrook mentioned. “But for the most part they are all really cool, they are all approachable. It’s where you want to be.”

Right now, Westbrook is in the locker room with the High-A level Visalia Rawhide. As players get sent down from the pro ranks, there is a trickle down effect for the rest of the levels below so as of now, there is no way of knowing where Westbrook will play his first full pro season. He prefers not knowing because he says it keeps him motivated and hungry and doesn’t set him up to be let down if he doesn’t make a certain team.

In fact his goals for the upcoming season are the same no matter where he winds up.

“I just want to keep having fun,” he said. “It’s still the game I’ve loved since I was little and I don’t want to get to stressful. I just want to go out, perform and compete like I know how and that’s about it. Stay healthy and just chase my dream.”