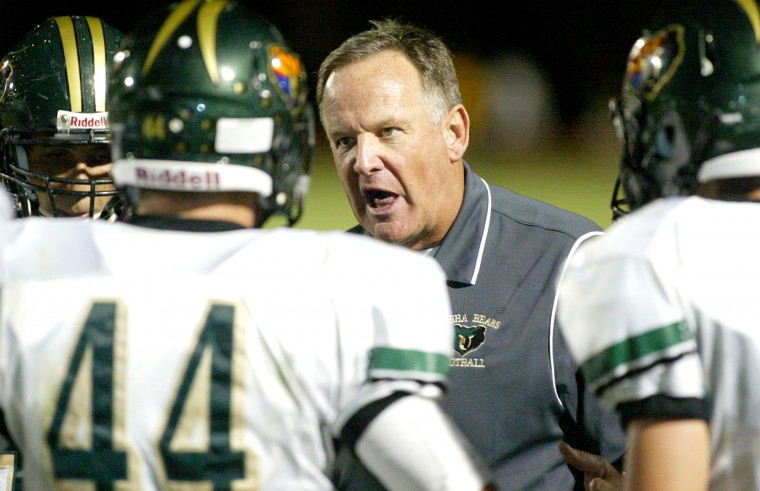 Division One football power Basha High School is in the market for a new head football coach after Bernie Busken tendered his resignation to school principal Ken James over spring break.

James confirmed Buskens resignation to me by phone early Tuesday morning. He said that Busken recently underwent knee surgery and has to have a shoulder procedure as well.

Busken was at Basha for four seasons and including a state semifinal playoff run in 2011. CUSD District Athletic Director Marcus Williams will be the point person on the search for the next football coach for the Bears.