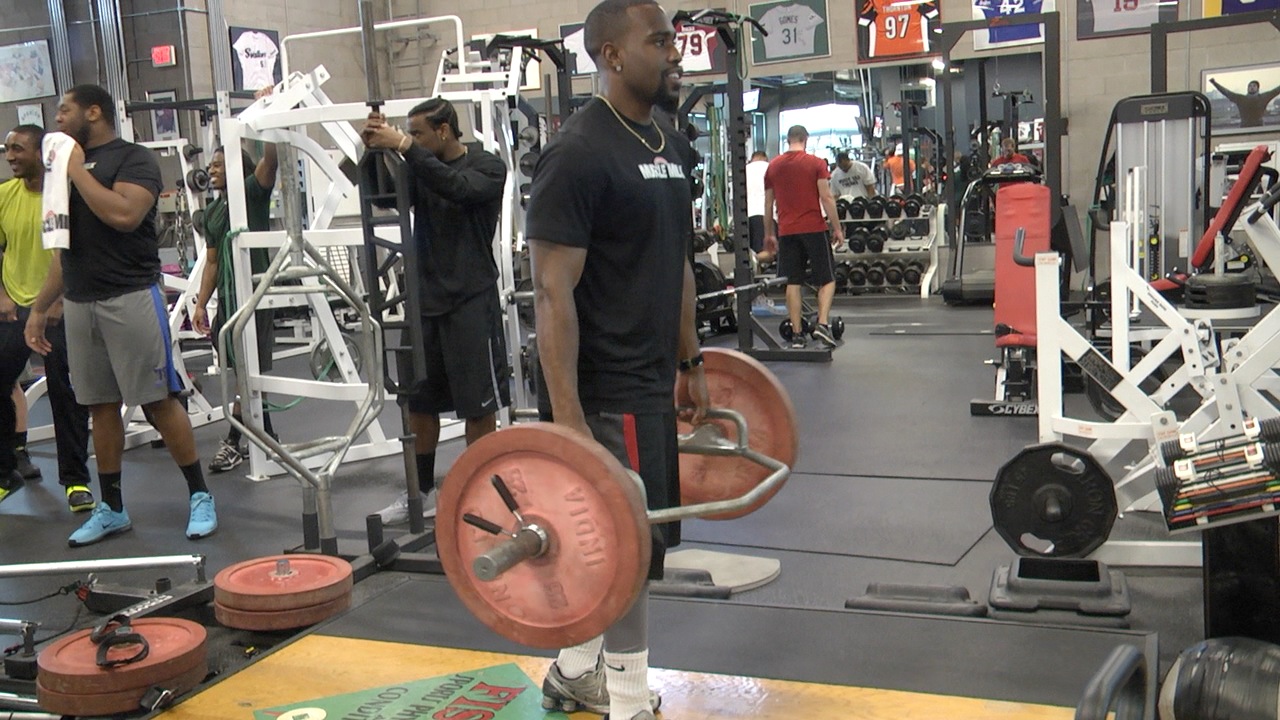 One of the best football stories in Arizona over the last few years has come out of Northern Arizona University.

Former Hamilton High School and NAU running back Zach Bauman has exceeded expectations everywhere he has gone. He would be the first to admit to you that he isn’t the biggest or the fastest guy. But you would never know it based on his work ethic and output on the field.

After winning state championships at Hamilton, Bauman finished his NAU career as the school’s all-time leading rusher and was key for consecutive Lumberjack seasons consisting of postseason play.

Now the 5-10, 200 pounder has his sights on the NFL. That last Lumberjack taken in the NFL draft was back in 2005 when NAU punter Paul Ernster was taken in the seventh round, 239th overall. Now Bauman is putting in the work to become the latest member of that list.

“It’s been a dream of mine since I was six years-old,” Bauman said. “Some people say with the circumstances I was put in, you know in high school not being highly scouted, it was a bit of a stretch. But I kept faith in God, developed a work ethic and now I am here.”

He presently is just on the outside looking in for the NFL Combine at the end of February but there still could be an opportunity for him to make an appearance if players back out. He is still going to get a lot of attention at his pro day up ay NAU especially after his performance in the East-West Shrine game last month. He impressed all of the scouts in attendance and was considered the best running back all week leading up to the game, outshining running backs like Ben Malena from Texas A&M and Rajion Neal from Tennessee.

For Bauman to keep up this momentum to obtain the dream he has had sice he was six, there is plenty of work to do.

“Just getting faster,” he explained. “You’re never fast enough. The 40 (yard dash) is going to be huge for me so really getting the technique for that and getting the bench down. Sharpening up some little things like technique. You can never harp on that enough.”

“My philosophy is, God gave you a talent, you just have to develop a work ethic,” Bauman added. “It’s a pretty simple solution to me but coming here and being able to put the work in, I’ve really been able to figure out what hard work really is.”

The here he is talking about are the trainers at the Fischer Institute along with speed trainer Will Sullivan of Sullivan proformance where Bauman is working along side 1st team All-SEC performer from Missouri, E.J. Gaines, Pittsburgh quarterback Tom Savage and more.

Bauman ultimately will go down as one of the best to put on an NAU uniform no matter what comes of his pro career. He has been the benchmark over the last few seasons for what the Lumberjack coaching staff can pitch to top in-state recruits and what they can achieve in their time up in Flagstaff. Bauman is thrilled to be an example that can be set for future NAU recruiting classes, just like the one that is coming in 2014 that has some of the best talent Arizona has to offer.

“I am from Chandler, Arizona,” Bauman stated. “I’m an AZ dude and went right up the mountain. If you can get guys to stay in state, that’s great. The success that I have had and the team has had, Arizona is really a place where you can get great recruits.”

“It was a blessing to have that kind of success,” he added. “Just to go out there and break records and help get NAU on a path of winning is truly just a blessing.”

Keep an eye out for Zach Bauman as the push for the NFL Draft is growing more and more intense as draft day approaches.