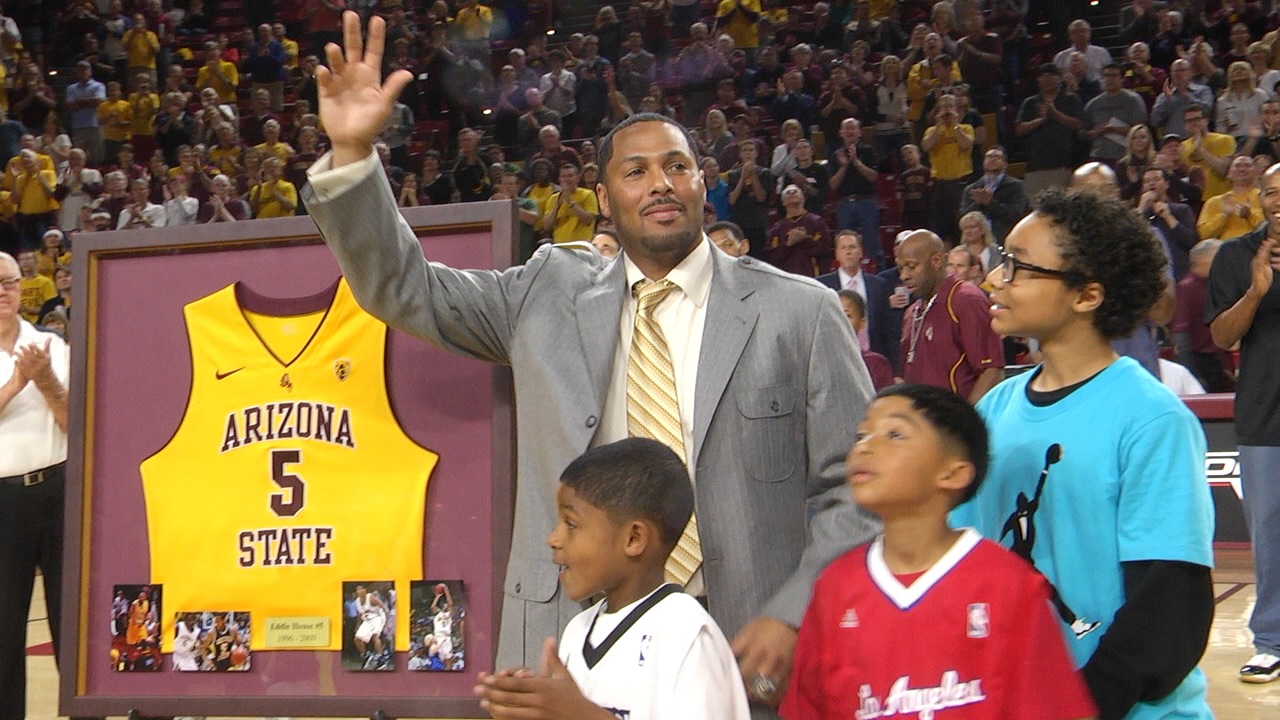 It’s hard to believe 14 years ago an undersized shooting guard from Arizona State scored a Pac-10 record 61 points in a dramatic double-overtime win over Cal in the Bay Area. It has been and will remain one of the single-greatest performances in the history of college basketball. Saturday evening in Tempe the school honored its’ all-time leading scorer retiring Eddie House’s number five at halftime of the Colorado-ASU game. He was surrounded by a number of former teammates at mid-court during the ceremony.

The 2000 Pac-10 Player of the Year is the only player in school history to score more than 2,000 points (2,044) and is atop ASU record books in steals and field goals. He joins Joe Caldwell, Byron Scott, Lionel Hollins and Fat Lever in the rafters of Wells Fargo Arena.

“I smiled on the inside,” House told Sports360AZ.com’s Brad Cesmat in a recent phone interview when asked his first reaction to hearing his number would be honored. “Just humbled and happy. Wow, I wasn’t thinking about anything like that…it [took] me back a little bit. I’m just very appreciative of everybody who thinks that my jersey should be up there.”

He said he wore number five at ASU for Jason Kidd, the former Cal Berkley and NBA star who he grew up watching in Berkley.

Following his four years at ASU House was a second-round pick (37th overall) of the Miami Heat in the 2000 draft. His 11-year NBA career included playing for nine different teams, including the Phoenix Suns and Boston Celtics with whom he won a championship in 2008. A key role player at every stop he finished a career 39% three-point shooter and 85.1 from the free throw line.