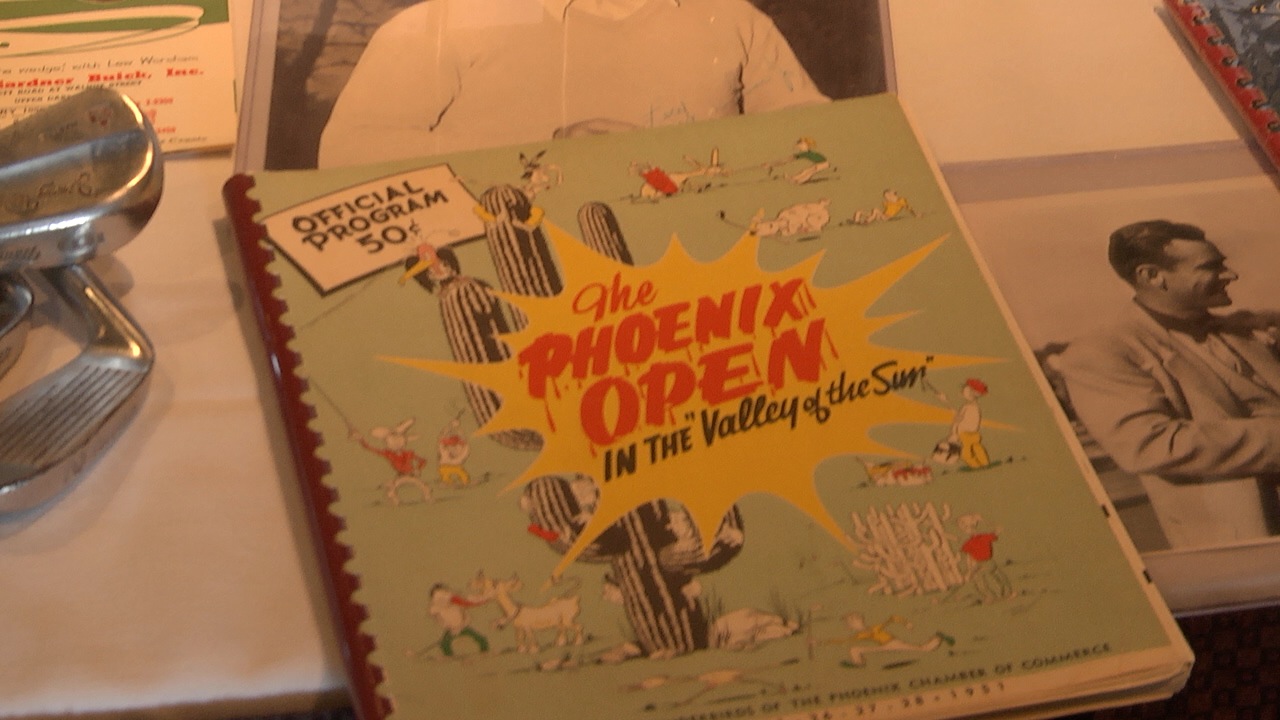 People from all over the world know what the Phoenix Open is today.

It is the Greatest (or Greenest as they like to call it) Show on Grass. The record holder for most fans ever attending a pro golf event in the world, the famous 16th hole with the unique stadium around it build around it and also the unrivaled atmosphere.

The Open first arrived at the TPC Scottsdale back in 1987 but there are decades upon decades of history around this great event going back even further than that. It began in 1932 at held at the Phoenix Country Club where it was held for a majority of those years and eventually brought in names like Ben Hogan, Arnold Palmer (the only player ever to win three Phoenix Opens in a row) and the Golden Bear, Jack Nicklaus.

Phoenix Country Club held it’s history week this week and brought out amazing pieces of history that tell the story of the Phoenix Open going back to the year of it’s origin and how it became what it is today.