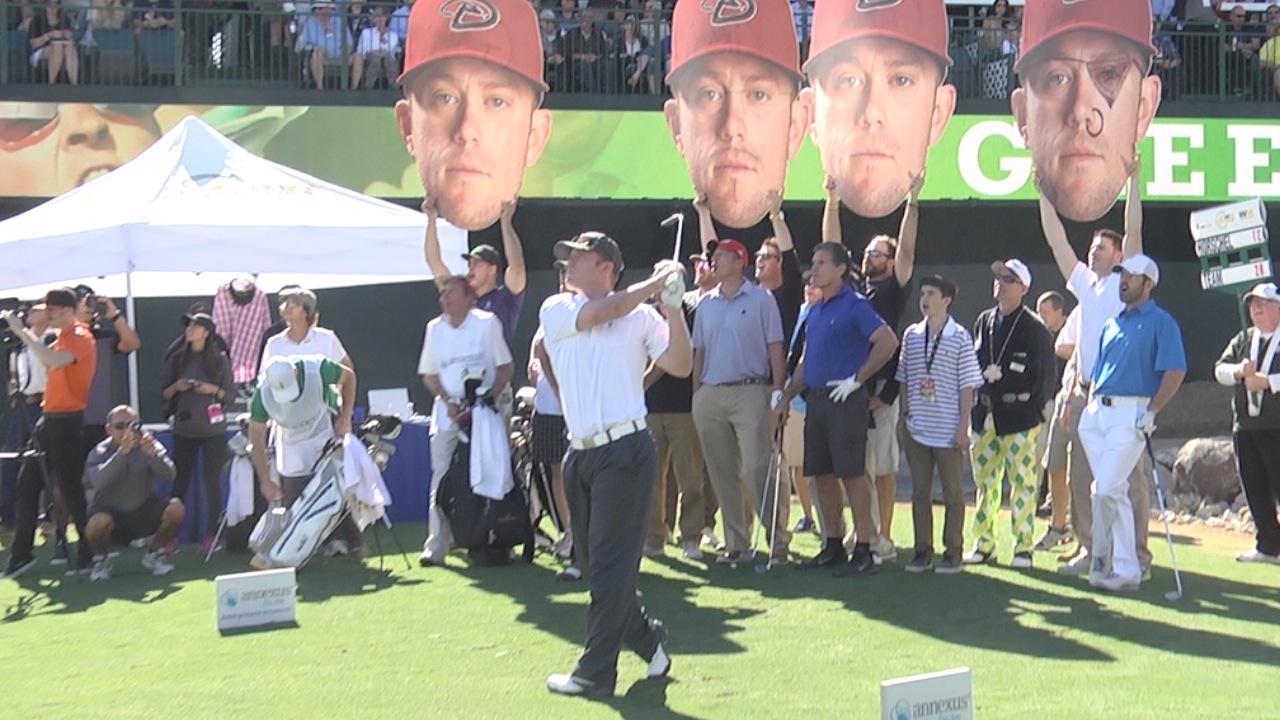 No pun intended, he had a little help from his friends.

You could say Hill’s face stole the show.

Members of the Arizona Diamondbacks pitching staff followed their second baseman from hole to hole under sunny skies at TPC Scottsdale carrying gigantic poster board cutouts of Hill’s face. Josh Collmenter, Patrick Corbin, Charles Brewer and others even got creative, “decorating” some with nose rings, eye patches and an assortment of other facial features.

Hill, who was paired with PGA pro Billy Horschel, took it all in stride.

“Ya know, I knew something was brewing,” Hill explained. “I saw them come up…they came up on the second or third tee and as you can see, made it entertaining for everybody out here. That’s what the Phoenix Open is about, right? If you don’t have a little thick skin you’re not going to make it.”

Arians didn’t let some tough shots overshadow an otherwise incredible day which drew a record 62,234 spectators, 4,000 more than the previous mark set back in 1998.

“I kept leaving myself the shot I hate,” Arians told Sports360AZ.com after he wrapped up his round. “That little chip shot out of that tight lie. It was a fabulous day, though. Just a wonderful event. Unbelievable.”

For Peterson he traded in the beach and his time practicing for, then playing in, Sunday’s Pro Bowl for the golf course.

“Definitely a fun couple days,” he told Sports360AZ.com. “It was a great pleasure to come in here to the great tradition they have here. We played pretty well today, I think we [shot] 11 under.” 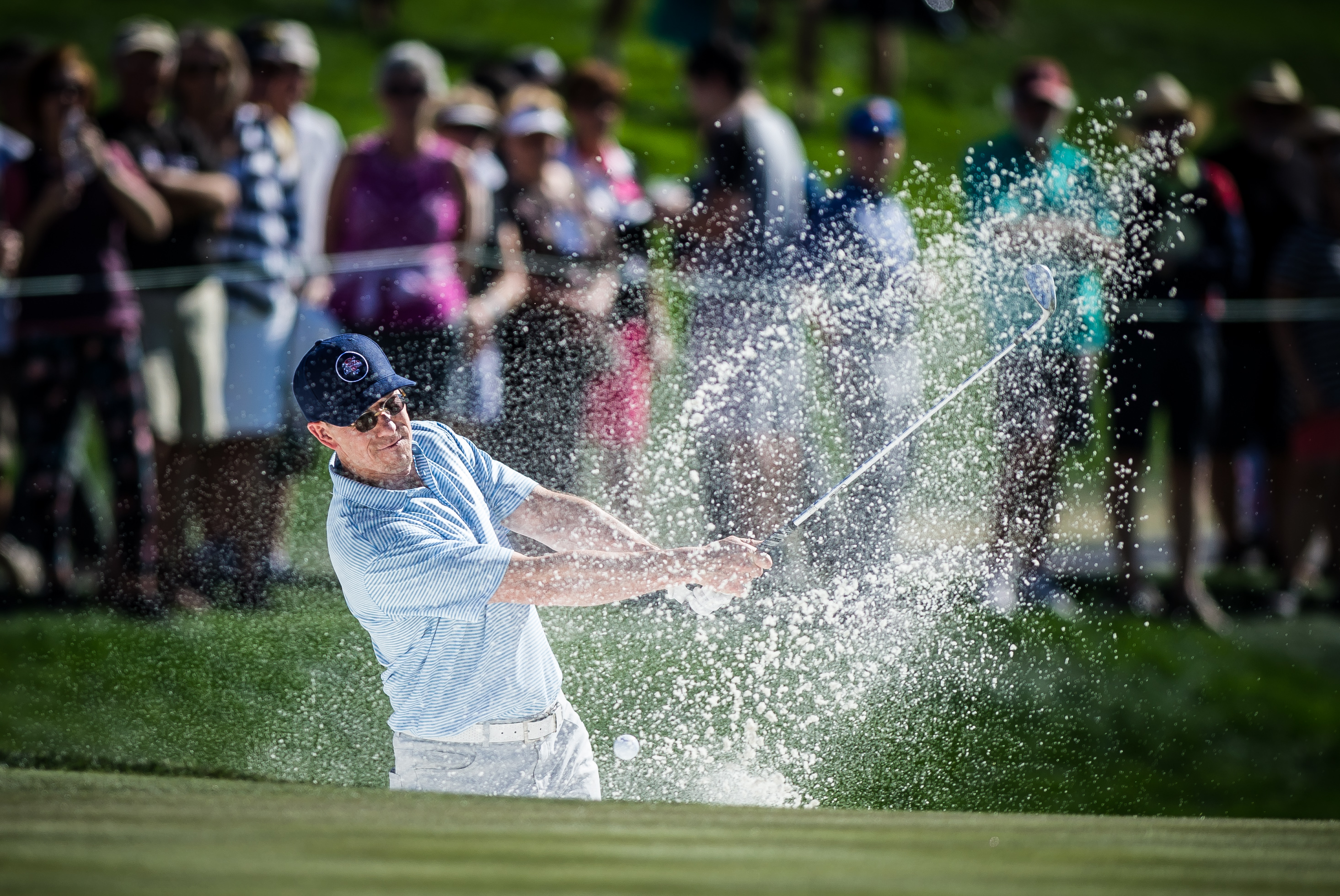 Five Things We Learned From Cards Win Over the Rams

Five Things We Learned In Cardinals 14-6 Win Over Detroit