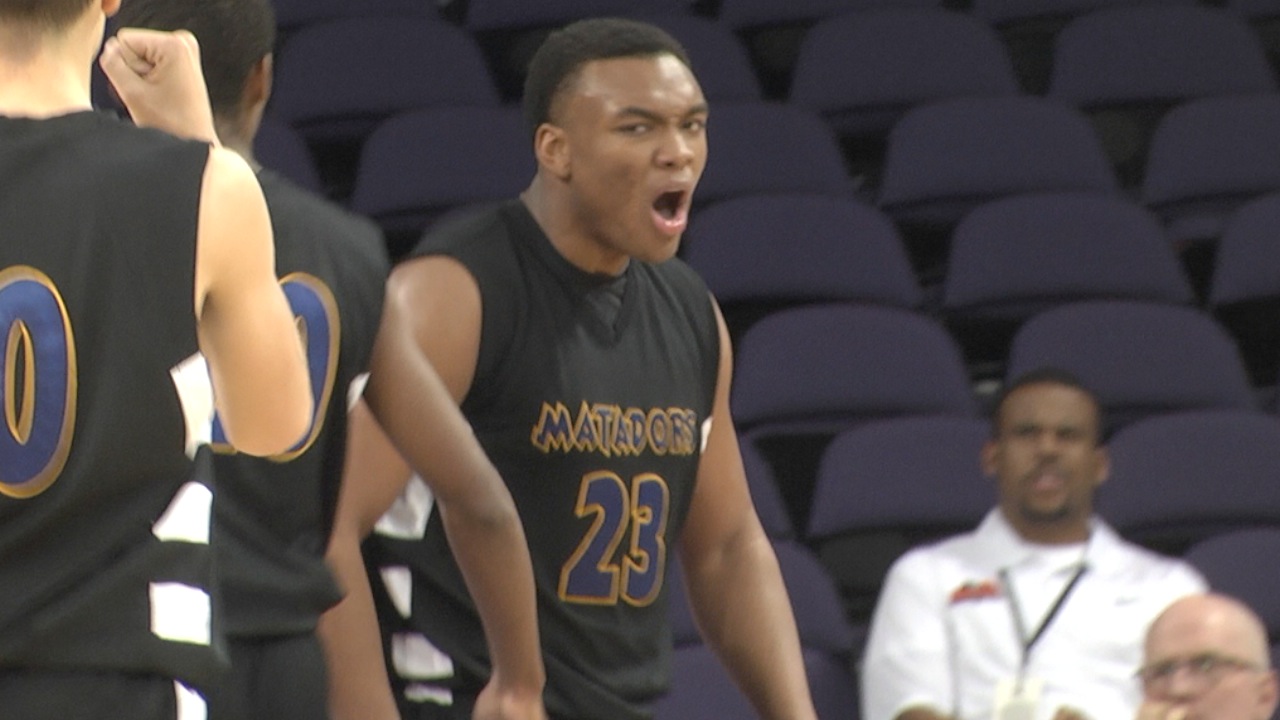 The youth movement for the Shadow Mountain basketball team has put the Matadors on the fast track for success.

Behind a dynamic trio of sophomores in Michael Bibby Jr., J.J. Rhymes and Carlos Johnson, who all started as freshman on varsity last season, Shadow is back as the cream of the crop in Arizona high school basketball like it was for so many years.

While all three sophomore’s are vital to the success of this team, forward Carlos Johnson is asked to do just a little more.

Johnson is the most versatile player on the Matador roster as he on a given night could guard a teams center or shooting guard on defense and is asked to score in the post as well as on the outside all while being the team’s leaders in rebounding.

It is a lot to ask for the 6-5 sophomore, but is something he really prides himself on.

“I really do,” Johnson said. “I like going up against the big guys like Connor MacDougall (Corona del Sol Center). Those guys are really strong so it helps me improve my post moves, all those skills that help me get better and better every game.”

But Johnson has answered the call in 2013-14. He leads the Matadors in scoring at 19 points per game as well as in rebounding at 8.5 per game. Having played varsity as a freshman, he is seeing the growth on the court from that year now in his second season at this level.

“My game has evolved a lot,” explained Johnson. “I shoot better, I get to the basket, I am way stronger, I am getting my footwork right. That’s the main thing Mike (Bibby) has worked with me on.”

The former Shadow Mountain, Arizona Wildcat and NBA great, Mike Bibby has joined the Shadow Mountain coaching staff this season as an assistant and is working with all the players every day. It is aiding Johnson in getting the attention of schools at the next level that are already reaching out to Johnson for his services in three years.

“They tell me they like how versatile I am and that I can score down low and be strong with the ball,” Johnson mentioned. “Also that I can shoot the ball and have a nice little mid-range game.”

Shadow Mountain has just one loss on the season as the begin play in their section and that one loss was to the defending division I state champion Corona del Sol Aztecs. Those two will meet up again on Martin Luther King Day later this month at the MLK Classic from Wells Fargo Arena in Tempe.

It’s great experience for Johnson and the Matadors to have them ready for post season play once it rolls around in February.

“We have to mature more to the game,” Johnson stated. “And have to be stronger with the ball.”