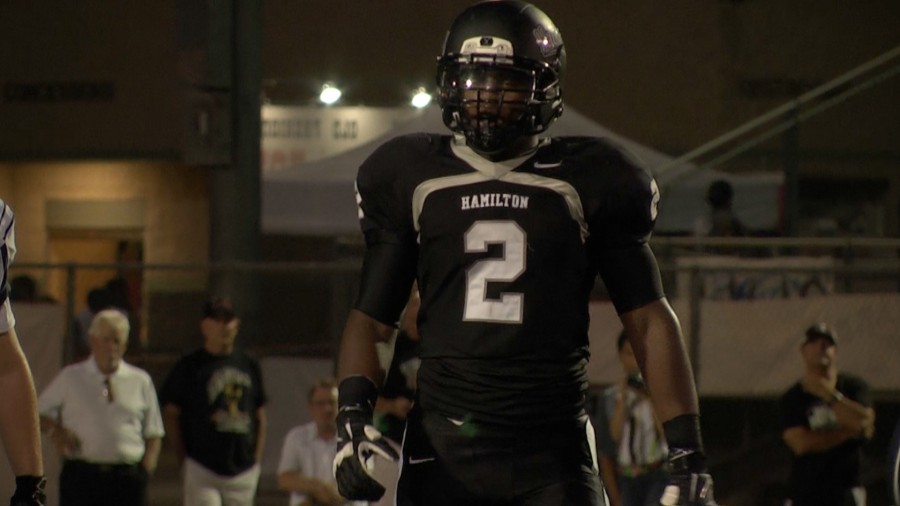 WIth two weeks to go until National Letter of Intent Day, the Texas A&M commit will visit the Sun Devils this weekend.
This was first reported by Scout.com/Sports360az.com contributor Jason Jewell late Tuesday night.

Cunningham was an absolute wrecking ball this past season for the Huskies and would be a tremendous addition to a defense that has been decimated by graduation and early departure(Carl Bradford). Former Hamilton standout Jaxon Hood is one of the few returning starters on the ASU defense. Former Huskie lineman Christian Westerman transferred back to ASU from Auburn a year ago.