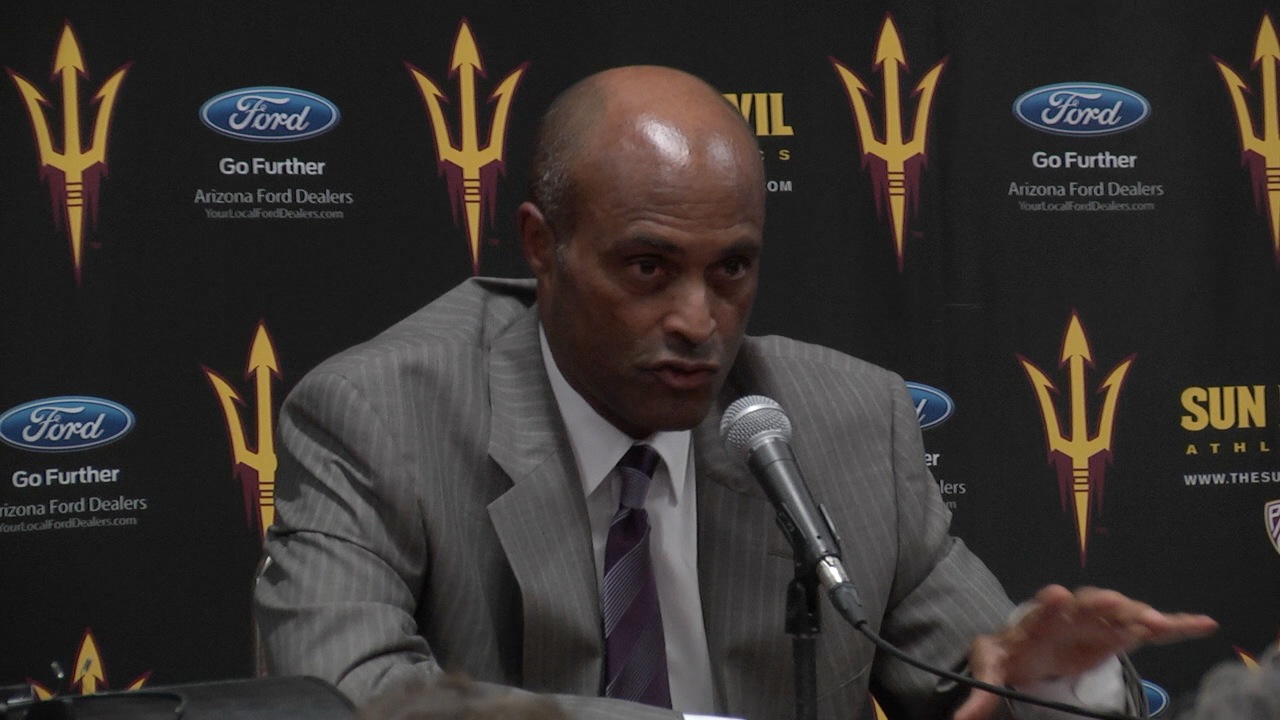 “This, for me, is a dream destination.”

Pretty strong words from Ray Anderson who stiff-armed his current position with the National Football League for the opportunity to become Arizona State’s new Vice President of Athletics/Athletics Director. The executive vice president for football operations for the NFL was officially introduced Thursday morning at the Hyatt Regency Scottsdale. He takes over for Steve Patterson who left for the same position at the University of Texas in early November.

ASU President Michael Crow, like was the case with Patterson, liked the fact Anderson worked at a professional level from a business and operations standpoint and stressed the job at ASU has several tiers and stretches far beyond the playing field.

“First is to deliver an academic athletic program, not a sports team by itself,” Crow detailed among Anderson’s responsibilities. “We are now at record levels of graduation [at ASU], record levels of grade point [average]…we have made unbelievable progress in this space and Ray’s first assignment is to continue that progress…as he demostrated in his own life. That notion of student scholar-athlete.”

Anderson, a former Stanford football and baseball player in the mid-70’s, received his law degree from Harvard in 1979 before eventually becoming a sports agent and later transitioning to the operations side in the NFL.

Another task facing Crow and Anderson moving forward is raising proceeds needed to renovate dated Sun Devil Stadium. A project Patterson initially launched last year. Anderson feels his past will lend itself well to the future.

“One of the exciting things that happens in the NFL is that there’s a new stadium project, new renovations,” he explained. “While I technically might not be trained or skilled in those areas I’ve been able to sit in rooms with some of the most technically sound and advanced folks. Listening to them. Hearing presentations. Seeing presentations.”

Anderson will continue to oversee his responsibilities with the NFL through the Super Bowl next month before transitioning his full focus towards ASU.