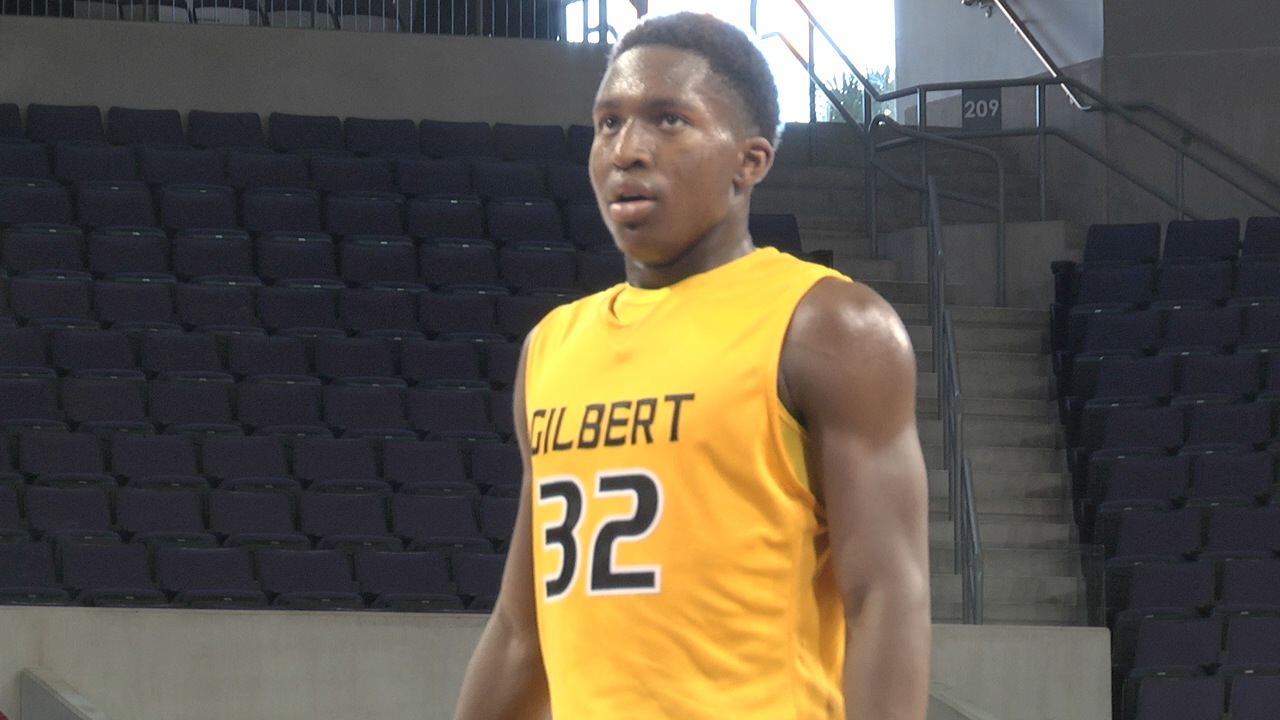 For those who have followed Gilbert Basketball over the years, they have long been known for they ball movement and spacing on offense that wares on defenses.

In 2013, head coach Jay Caserio has that Gilbert pedigree on display at it’s fullest in large part because of a Senior point guard quarterbacking the team.

Three year ago after a successful freshman season on the Gilbert freshman team, Anthony Bryant enrolled in basketball class. It didn’t take long for Caserio to see the talent and potential in the young guard.

“As a freshman, he played on the freshman team the entire year and it was evident then that he was a true point guard,” Caserio said. “We got him in our seventh our basketball class and it didn’t take more than one or two days to know that he was going to be our point guard for the next three years.”

After teams the last few seasons that have had great leaders with Freddie Lash two years ago and Connor Helvig last season leading the way, it is now time for Bryant as a senior to step into that leadership role. Thus far he is passing with flying colors.

“The first two years I was quiet,” explained Bryant. “I was the point guard, but I was quiet. Coach always told me that the point guard should be a leader on the floor and this year I have really focused on being more vocal towards the team.”

As mentioned, the Gilbert style of play is in full force with Bryant running the show this season. Unselfish play, ball movement, spacing and then great defense is what has this team in contention. Coach Caserio says having Bryant handling the ball makes this style easy to run.

“Having a point guard like him whose first thought is pass-first, it makes it easy to share the basketball when it’s in his hands so much,” Caserio explained. “Every year that I am here I try and emphasize teamwork. We have close to five guys averaging double figures and when you have that, it makes it very hard to be beat.”

Gilbert has really turned some heads this season with wins over Highland, Chaparral, Desert Mountain and Mesa Mountain View heading into section play. If they can keep it up and stay healthy, they are ones to keep an eye out for once the February Frenzy rolls around.