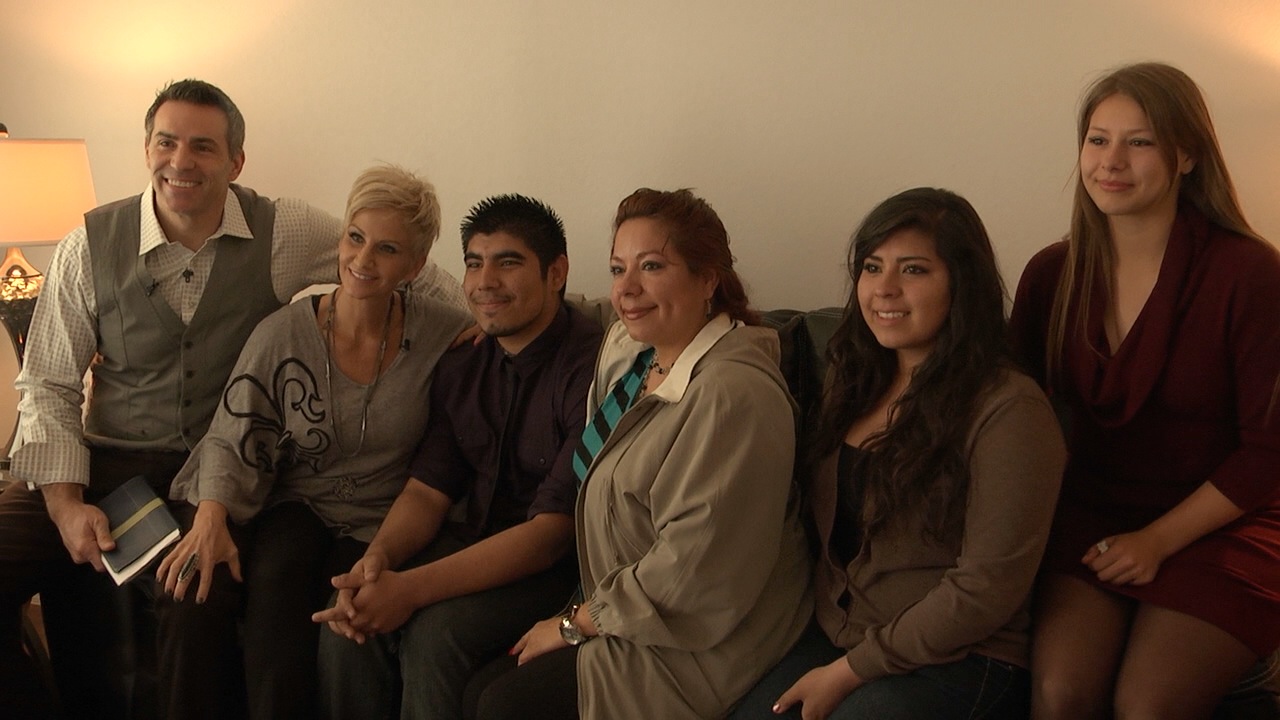 Every year at this time, it is one of the most rewarding things you can witness.

In spreading the spirit of the holidays, former Cardinals quarterback Kurt Warner and his wife Brenda rewarded two single mothers of the valley with fully furnished homes. With their First Things First Foundation teaming up with Habitat for Humanity, Aaron’s Inc., U-Haul and more, families who had no homes to call their own were able to become first-time home owners just one week before christmas.

First was the Montgomery family. Venessa is a single mom to her 16 year-old daughter Lorelei. Before wednesday, the two lived with friends in a single family home. Venessa is wheelchair bound and has dreamed of owning her own home but never qualified for a loan to buy and renovate a home for wheelchair accessibility. The family also had no furniture that was their own. They were expecting to arrive at their new home with it completely empty. But when Kurt and Brenda Warner opened the front door with them, the house was completely furnished.

Second was the Anda family. Marina is a single mother to three teenagers: Natalie (17), Andrew (!6) and Ariana (14) and is a registered nurse assisting at a local hospital. Before wednesday, the Anda family lived in a small two-bedroom apartment where Marina slept on the family room couch. Constantly Marina worried about living in a neighborhood fearing intruders or gun shots being fired at night. She mentioned working long hours and double shifts for her children is all worth it now because of this holiday gift she received.

The Warners with the First Things First Foundation have now surprised a total of 31 families since inception with “Homes for the Holidays.” They have done 13 in St. Louis, four in Iowa, one in New Jersey and including the two families on Wednesday, 13 in Arizona. 13 just happened to have been the number Kurt Warner famously wore over many seasons in the NFL.

“I’ve walked in these women’s shoes and remember working so hard and just wanting someone to give me a little boost,” Kurt Warner said. “It’s an honor to be able to do that for both Marina and Venessa.”

From one cornerstone to another, Darrell Green says Williams HOF-worthy