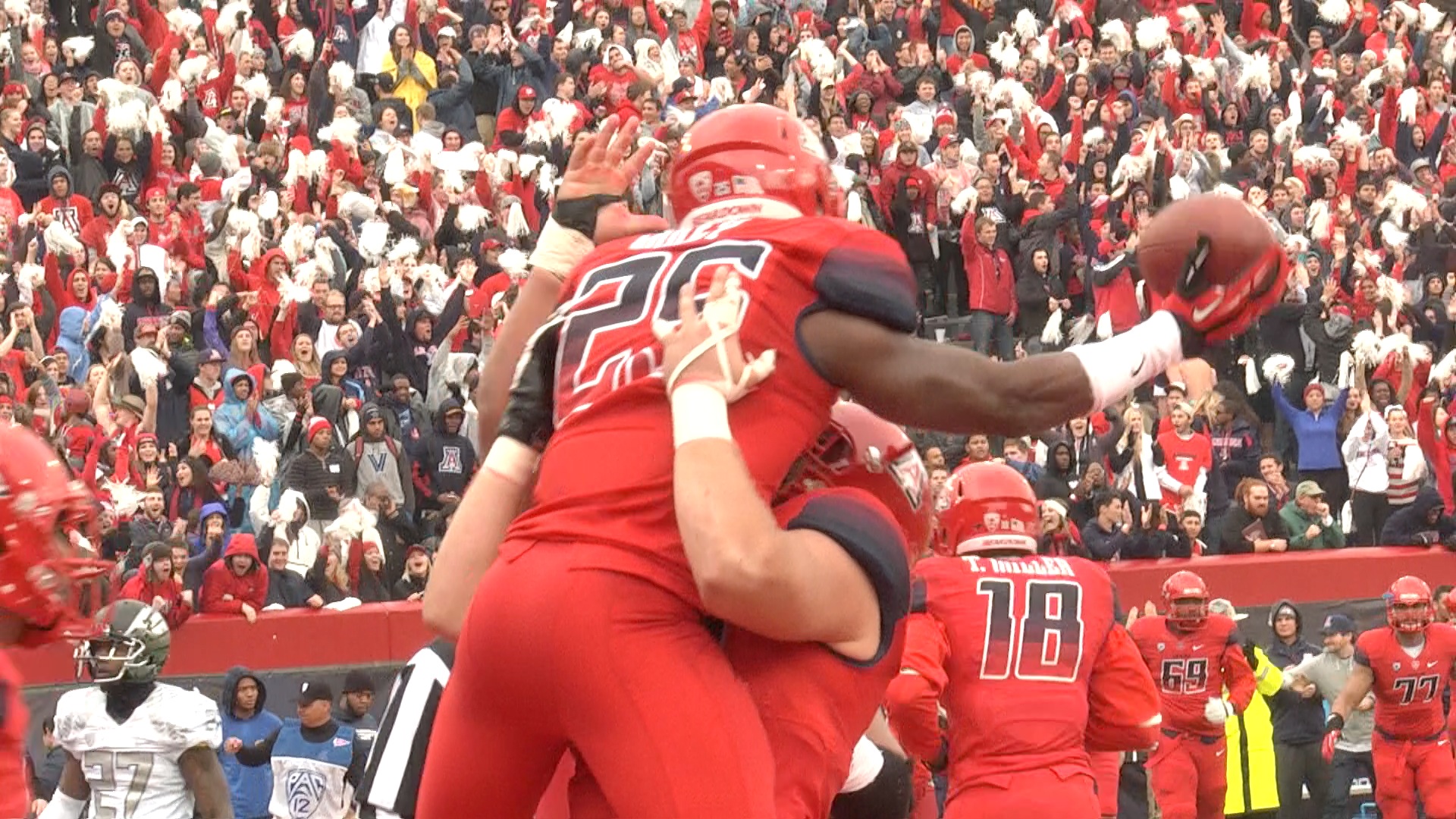 Coming off an incredible 2012 season where Arizona Wildcats running back Ka’Deem Carey led the nation in rushing, the Arizona native followed it up with another remarkable season in 2013.

On Monday he was honored as the Pac-12 Offensive Player of the Year and the only unanimous first-team all conference selection.

Carey is a Doak Walker Award finalist as well as a Heisman Trophy and All-America candidate. This season, he became Arizona’s all-time career rushing leader (4,070 yards) and is currently the nation’s No. 2 rusher (156.0 ypg). He owns or shares 21 single-game, season and career school records and could have a 22nd coming in the upcoming bowl game. And finally, leads all FBS players with 15-straight 100-yard rushing games and is second among active FBS players with 4,070 career rushing yards.

The Wildcats finished the 2013 season 7-5 (4-5) and await their Bowl fait which will be announced on Sunday, December 8th.

Check out season highlights from Ka’Deem Carey from Arizona Athletics below: