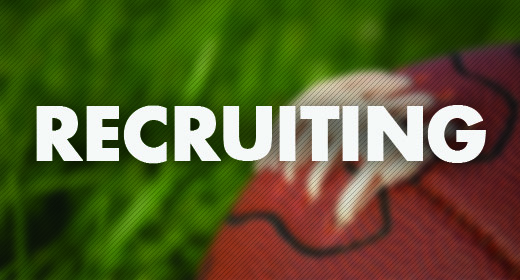 Happy Holidays from the Recruiting Roundup. We took a break last week but the recruiting news didn’t stop. Here is a recap of what happened over the holiday break.

*Possibly the biggest news was Greenway long snapper Nate Adams committing to Maryland. The Terps don’t recruit in Arizona often, so congrats to Nate. It didn’t take long for Adams to commit after taking his official visit to the East Coast. Adams also had an offer from Air Force.

*Saguaro quarterback Luke Rubenzer has been committed to Cal for months but it hasn’t stopped schools from recruiting him. UCLA offered and Boise State and their new head coach Bryan Harsin followed. Rubenzer has remained loyal to Cal, who was the first BCS school to offer him a scholarship. Rubenzer says that he will only take one official visit and that will be to Cal at the end of January.

*Crazy recruiting story for Buena defensive tackle Sidney Malauulu. He was offered by FCS power North Dakota State and officially visited Fargo earlier this month. While on his visit, NDSU head coach Craig Bohl accepted the head coaching job at Wyoming. Bohl and his staff feel like Malauulu is a Mountain West caliber player and extended an offer to Sidney at Wyoming. Will Malauulu be loyal to the school or to the staff?

*Saguaro junior Christian Kirk continues to haul in big time offers. Oregon and Michigan are the latest programs to extended offers to the talented two-way player.

*Chandler junior quarterback Bryce Perkins received his third offer, this one from Northwestern. Perkins was offered by Arizona State and UCLA prior to his junior year. Expect more to come in for Perkins once his junior film circulates. It is impressive. Perkins has dramatically improved his technique, in particular his throwing motion.

*Salpointe’s Jay Williams made his verbal commitment. The RB/S has pledged to Brown. He also had an offer from the University of San Diego.

Tis the season for All-America games the Arizona kids have impressed against the nation’s best.

*Hamilton offensive tackle Casey Tucker has lived up to his five-star billing in the early practices of the Under Armour Game. Tucker has been playing right tackle, a switch from his normal left tackle position, and he hasn’t missed a beat. He has looked great in both the run and pass game.

*Luke Rubenzer started at QB in the Blue Grey Game in Dallas and walked away with a victory. He continues to prove all doubters wrong who say he will struggle at quarterback because of his sub-six foot height.

*Desert Mountain’s Kyle Allen has shown why he has been billed as the top signal caller in the nation. In the first day of practice at the US Army Game, Allen has shown great accuracy, a quick release and a strong arm.

*Mountain Pointe’s Jalen Brown has also impressed at the US Army Game practices. He has played on both sides of the ball throughout his career at Mt. Pointe but is lining up only at wide receiver in this game. He too has been impressive.

Several other Arizona student-athletes are playing in these games like Mark Andrews from Desert Mountain and Natrell Curtis from Mt. Pointe. Look for updates on their progress soon.