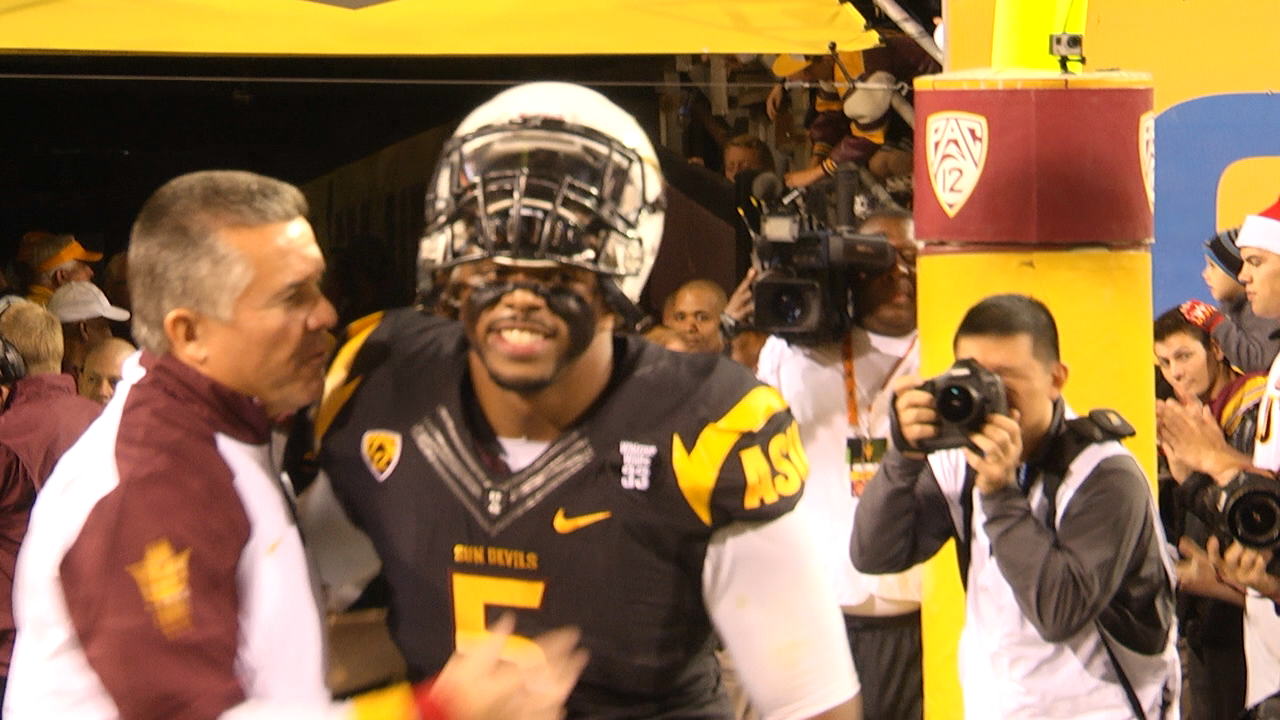 At the time Arizona State linebacker Chris Young was just one of many.

The Seattle, Washington native was wrapping up his junior college stay at Arizona Western in Yuma and was all set to play for Mike Riley at Oregon State.

Then he got a visit from new head coach Todd Graham who persuaded the talented linebacker to call Tempe, not Corvallis, his next home and trust Graham’s vision with the program moving forward. Almost two years later it’s a match made in heaven. Young has excelled at his “will” linebacker position and the Sun Devils (10-2, 9-1) are just one win away from a trip to the Rose Bowl.

“Oh, no doubt,” Young told Sports360AZ.com’s Brad Cesmat in a phone interview Monday. “Granted, I took the long way but I still got to where I wanted to be. No doubt, my decision to come to Arizona State was probably the best choice I could have ever made and right now [we’re] playing for the Pac-12 Conference Championship.”

Less than two years ago a Pac-12 Championship seemed like merely a dream. The team had stumbled to a 6-7 season which included five-straight losses and Boise State beat down in the MAACO Bowl Las Vegas. Dennis Erickson was fired and Graham, amidst his own turmoil, was hired essentially leaving the University of Pittsburgh in the dust.

Young, a senior, has helped spear-head a veteran, savvy defense which gets a do-over against the same Stanford team (10-2, 7-2) who defeated the Devils 42-28 in Palo Alto in late September. For the most part Young and the ASU defense has excelled by staying even-keeled and taking a one-game-at-a-time approach which Graham and his staff frequently preach. The same can be said before last Saturday’s 58-21 thrashing of in-state rival Arizona.

“It wasn’t really emotions between both rival schools,” Young explained to Cesmat. “We realized what we were playing for, obviously the Territorial Cup and [hosting] the Pac-12 Championship. We had that going for us. That’s really what we wanted to do and accomplish…being able to do both things was great.”

The 6’0, 244-pounder said he expects a completely different team this weekend than the one which was blown out in the first half of Stanford’s 42-28 win over the Devils in Palo Alto back in early September. ASU fell behind 29-0 at halftime and their late game-rally  fell short on “The Farm.”

“It was just a terrible first half for us,” he said. “Emotionally it wasn’t there for us. We knew we could hang with them. That’s what we wanted to show ourselves. We were just really out of it the first half. It wasn’t really there, mentally…this game will be a game that we prove to the Pac-12 that we below here and we’re a great team, as well.”

Kickoff Saturday evening is set for 5:45. Be sure to stay on Sports360AZ.com all week for special features, game previews and much more leading up to Stanford-ASU. 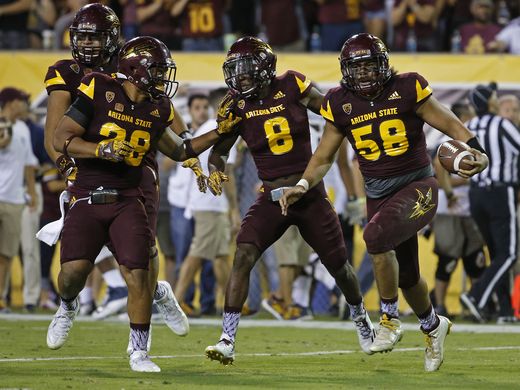